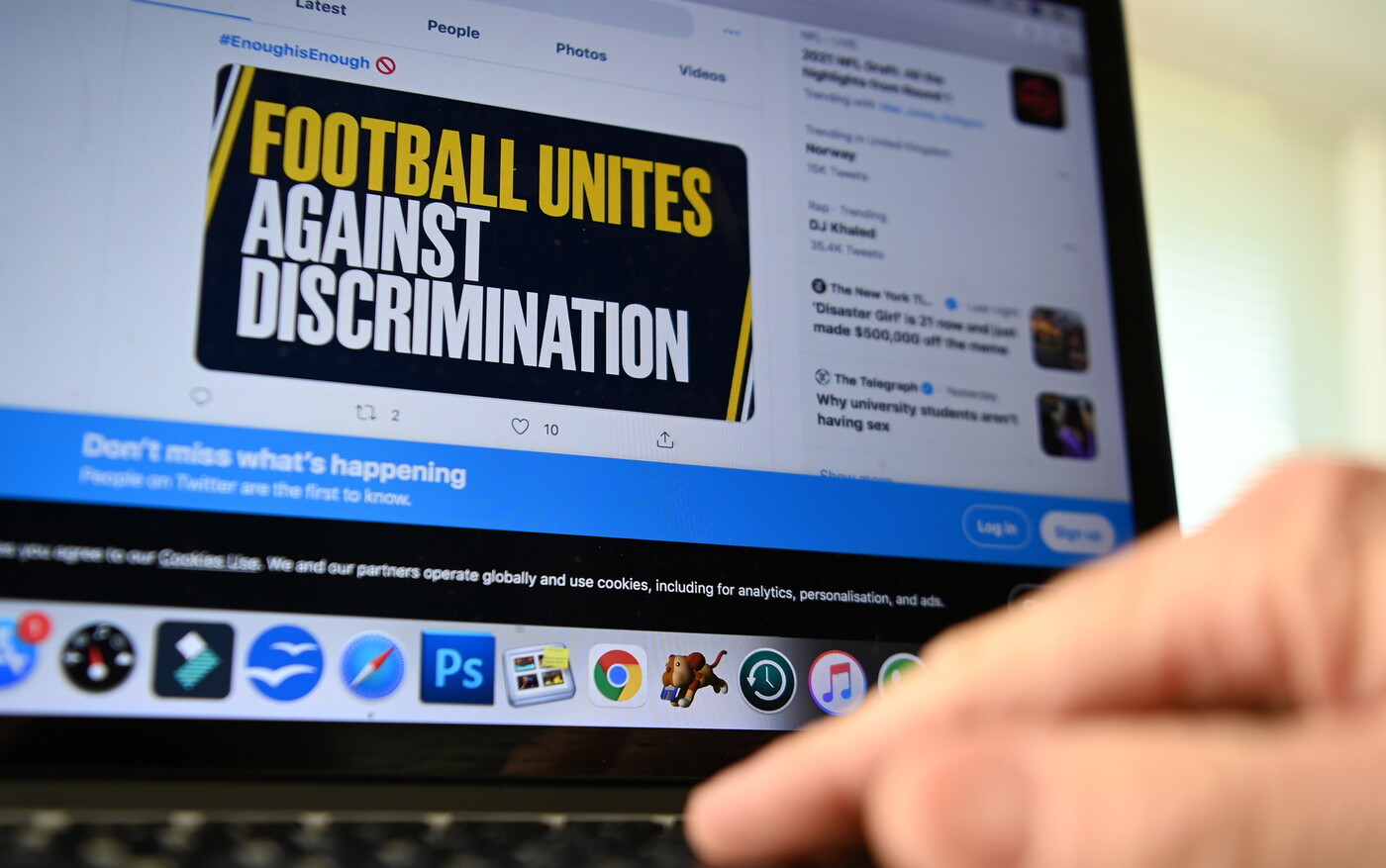 Black screen on social networks: several sportsmen and clubs, mainly English, have chosen to denounce online insults and racism by launching, Friday, April 30, a boycott movement, which is to last all weekend.

The Manchester United football club, the seven-time Formula 1 world champion Lewis Hamilton, but also the International Tennis Federation and even UEFA, have decided to take action.

→ ANALYSIS. Hatred online: can Twitter be condemned by France?

Insults and insults towards players on social networks have multiplied by 4.5 since September 2019, Manchester United denounced Friday: 86% of the publications targeted included racist insults, and 8% were homophobic or transphobic. Mancuniens Anthony Martial and Marcus Rashford were particularly the target.

Their teammates decided not to feed their Facebook, Twitter and Instagram accounts this weekend in protest. The club will be far from being the only one to disconnect. “From 3 pm today, we will stop feeding our social networks and we will remain silent until Tuesday May 4”, decided on Friday the English Premier League, which manages professional football across the Channel. “We take this position, with the football community, to fight against online abuse and discrimination on social networks”, justified the organization.

The#UEFA joins a group of English football players in boycotting social media until 12:59 am Tuesday in solidarity in the fight against hate and racism online.#StopOnlineAbuse #StopAuRacismOnline pic.twitter.com/Tx6RBTFM8h

Calls for boycott are on the increase

Other British organizations, such as the English Rugby Federation, the Cycling Federation or the English and Welsh Cricket Federations have joined the movement. Besides Lewis Hamilton, several drivers also engaged.

“As a sign of solidarity with the world of football, my social networks will remain black this weekend. Discrimination, whether online or not, has no place in our society, but for too long it has been easy for a few to post hate messages behind their screens ”, wrote the English pilot on his social networks. F1 declared Thursday to support the movement, without taking part, but other international bodies have taken the plunge.

Calls for players to withdraw from social networks have multiplied in recent weeks. Ex-Arsenal and Blues striker Thierry Henry announced at the end of March to withdraw until platforms do more to fight racism and harassment “Toxic”.