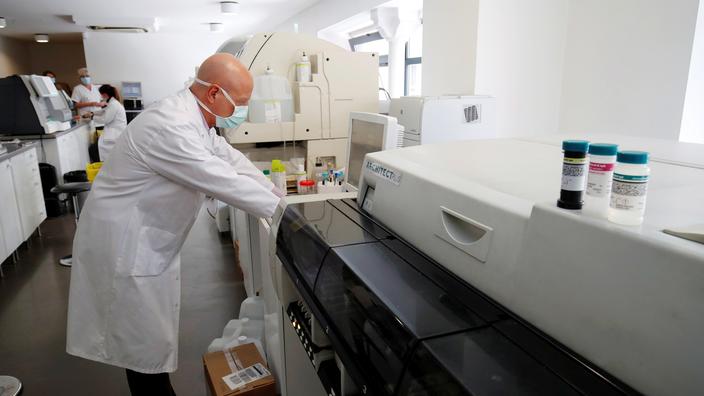 Global spending on scientific research has been boosted by the Covid-19 crisis, according to a report released by Unesco on Friday.

Global spending on science has increased significantly, with unprecedented dynamism in developing countries, particularly in Africa, but the landscape remains too dominated by the United States and China, according to Unesco. Between 2014 and 2018, investment in scientific research increased by 19%, and the number of scientists, by 13.7%.

Read also :Covid: WHO asks labs to share 50% of their vaccines with Covax

This upward trend was stimulated by the Covid-19 crisis, Unesco underlines on Friday in its science report. Published every five years, it has followed the evolution of scientific public policies for almost thirty years, in more than 190 countries.

“Twenty years ago, countries still had to be convinced of the value of investing in science and technology. Today, almost all have integrated the idea that it is a way to advance the economy», Welcomed Susan Schneegans, coordinator of the report. But this investment is “very uneven»: The United States and China accounted for almost two-thirds (63%) of the global increase in spending. And four out of five countries are lagging behind, spending less than 1% of their GDP on research.

Artificial intelligence and robotics are particularly dynamic, especially in countries “lower middle income», Which contributed more than 25% to the 150,000 publications on the subject in 2019 (12.8% in 2015). Certain countries “are very resourceful, they manage to innovate without much means in digital technologies», Analyzes Susan Schneegans.

During the pandemic, 13% of new technologies designed to face the virus were thus produced in Africa, while the continent represents only 14% of the world population: chatbots (virtual assistants), self-diagnostic tools, application of tracing … In 2020, “we have identified more than 700 innovation poles in Africa, against around 300 in 2015. The problem is that they are still very dependent on external funding», Continues the head of Unesco.

Another downside: green energy attracts less. Research on carbon capture and storage only generated 2,500 articles in 2019. The theme is even “down»In Canada, France, Germany and the current leader, the United States. Photovoltaics, wind power, biofuels …

Between 2012 and 2016, the increase in budgets was too modest on a global scale, estimates Unesco, which nevertheless welcomes a “homogenization of development priorities in all countries“. In developing countries, some green energy research has even skyrocketed.