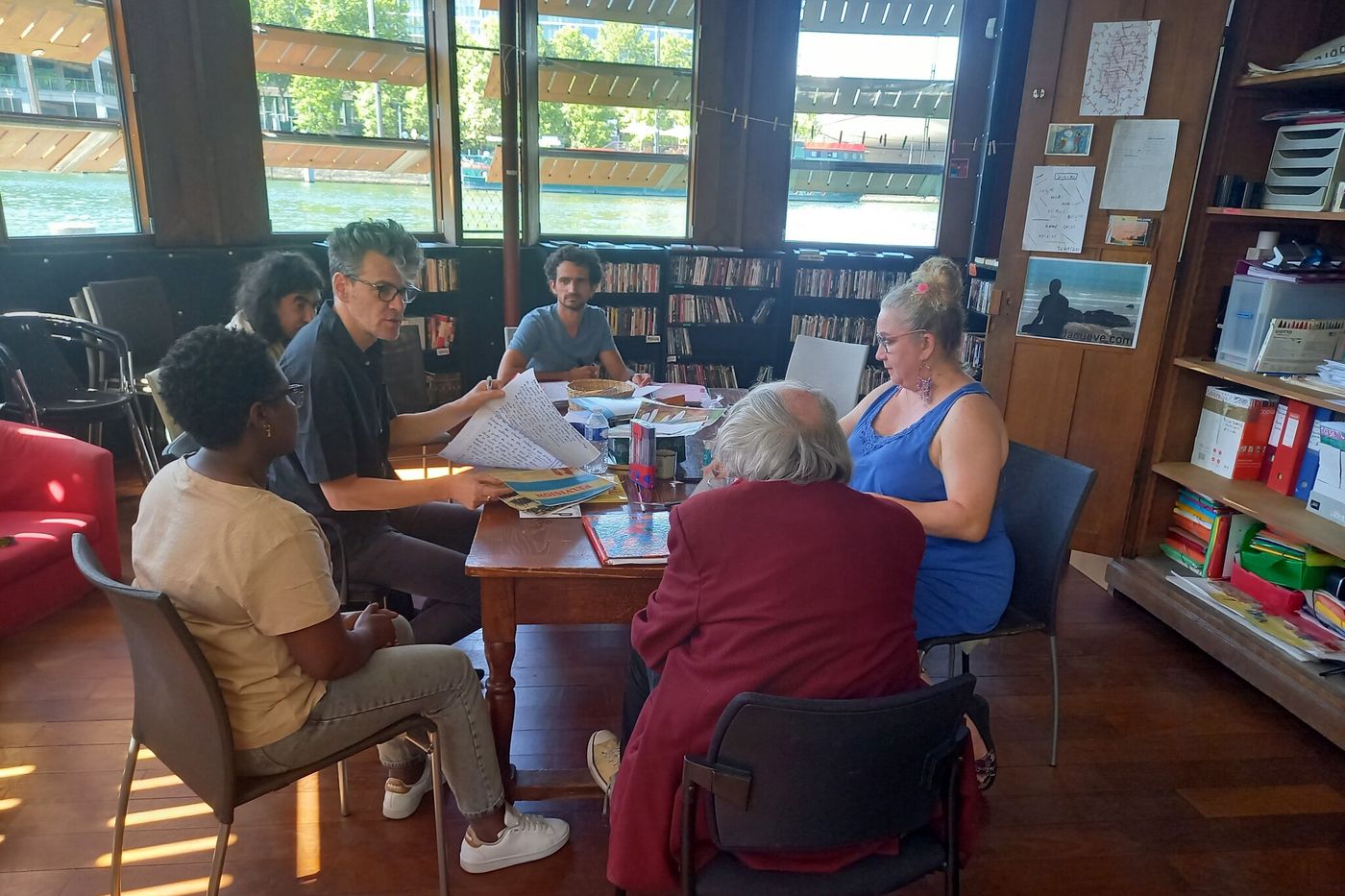 Rachel takes her inspiration and, in a voice a little choked with emotion, reads the poem she composed for the journal workshop. “I made rhymes, but they are not alexandrines. It is certainly to be reworked”, apologizes the young woman, whose flowery dress hugs her rounded belly. Céline Fogler immediately reassures her: “Unconventional poetry is fine with us. No censorship here, smiled the psychomotrician, two buns planted on the top of the skull.

Suddenly the ground ripples. The coin swings slowly from left to right, without anyone being surprised. It is that here, on theAdamant, we are used to the rocking of the Seine. Since 2010, the Paris Center psychiatric day hospital, which covers the first four arrondissements of the capital, has left the bustling district of Châtelet to settle on this barge, moored on Quai de la Rapée, a stone’s throw from the station. from Lyon. Nearly 200 patients suffering from psychotic disorders are followed there during the day. “People for whom certain things of daily life can be complicated”, modestly explains Arnaud Vallet, nurse and care coordinator.

To exist other than as sick

L’Adamant is their floating kingdom. A space where air and light circulate, far from the blinding whiteness of the hospital. Upstairs, a cafeteria and the fully glazed offices of the healthcare team. Downstairs, a vast library stocked with books and DVDs. This is where the newspaper workshop takes place, like every Friday morning. On the table, David François, occupational therapist, has placed markers, glue and scissors. The patients brought what they had prepared: a poem like Rachel, a drawing or simply an idea.

Frédéric, for his part, has blackened large sheets of some significant chapters of his life. With his slightly crumpled silk shirt and his long hair slicked to one side, he looks like Michel Houellebecq. He is an artist, a jack-of-all-trades who draws, paints, writes. And who thinks a lot: about the meaning of existence, about the complicated paths that his life has often taken.

This activity is above all an opportunity for passengers “to exist other than as sick”, explains Arnaud Vallet. Just like the debate sessions called “rhizome”, which see writers, philosophers or architects boarding to scrap on various subjects with patients. A way to show them that “their opinion counts”whom the disease has often deprived of confidence and social ties. “We do not treat schizophrenics or bipolars, we treat patients, each with their story and their desires”, summarizes Arnaud Vallet, deploring the “Taylorization” care and the “digital pressure” at the public hospital.

Against the tide, theAdamant ? “In reality, our approach is not revolutionary and is part of the history of institutional psychiatry”, nuance the nurse. Developed by the psychiatrist Jean Oury in the 1950s, this method, based on the quality of the relationship between caregiver and patient, makes the latter an actor in his care.

Here, nothing distinguishes the patients from the professionals, who do not wear a coat. This ” horizontality “ also applies to staff, assures Arnaud Vallet: “With us, the cleaners take part in the meetings and their perception of the patient has the same value as that of a doctor. » A philosophy in which the teams find meaning. Does this explain it? At a time when hospitals are struggling to recruit, the team atAdamant is complete.