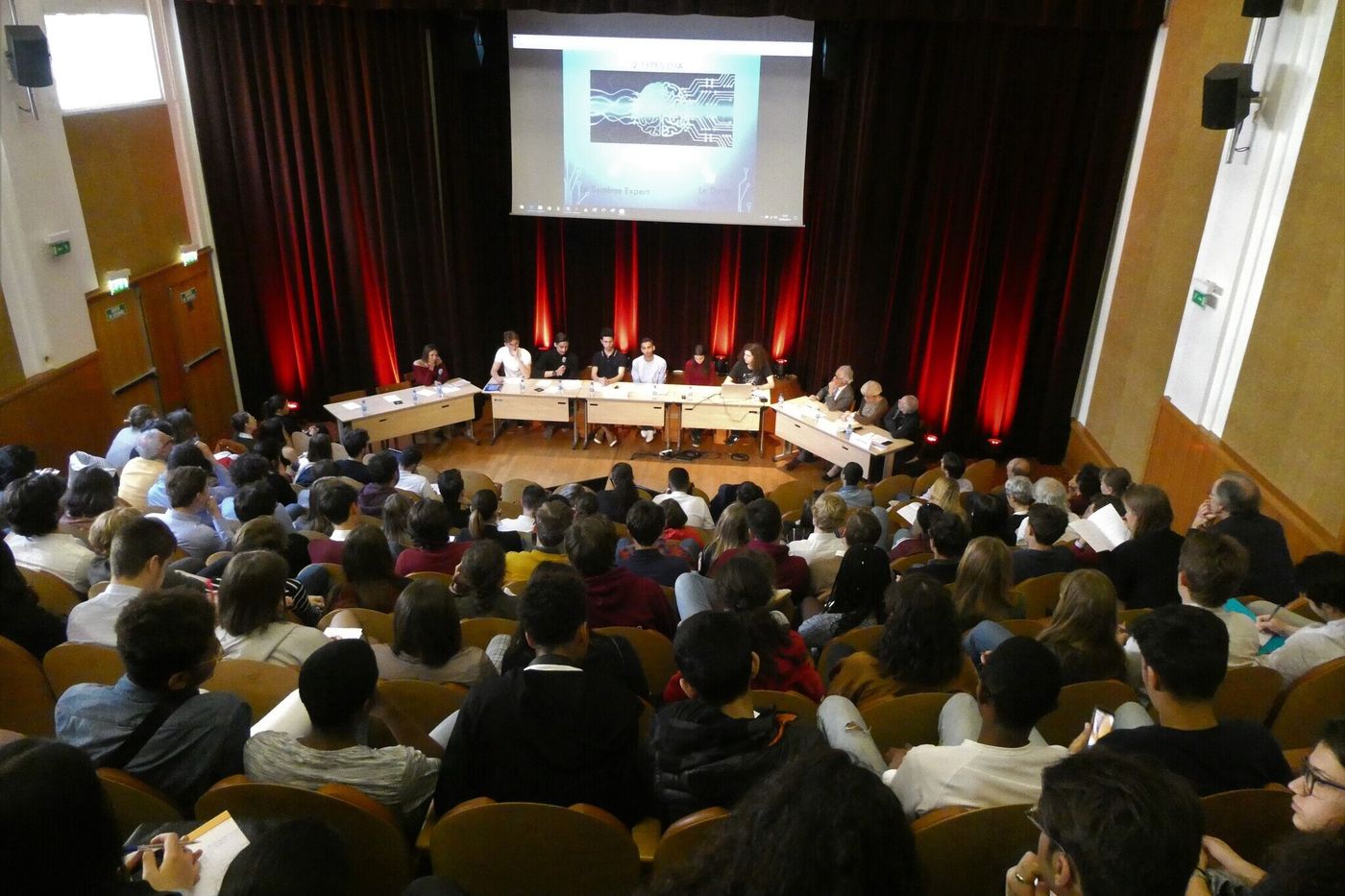 “Euthanasia is not necessarily a topic that I spontaneously bring up with those around me. So when I heard that we were going to talk about it in class, I said to myself: “Whoa!” » Lena is a student at the Institution Champagnat high school in Issenheim (Alsace). It is 10:45 a.m. this morning of May 18, and his final year class is putting the finishing touches to an exercise that began in March, at the initiative of the National Advisory Committee on Ethics (CCNE). Each year, the body invites 12th and 12th grade classes to reflect on a bioethical subject, then to report on it during a feedback day in Paris. Theme chosen for the 2022 edition: the end of life.

But how to form an opinion on such a question? It is this intellectual approach that the class practiced, under the aegis of its philosophy teacher, Marion Muller-Colard, herself a member of the committee. In front of their comrades, Anaïs and Lucie, designated rapporteurs, practice rehearsing what they will describe on D-Day, in Paris. How the students first explored current legislation with their law teacher. How, then, they interviewed three doctors with different points of view on euthanasia. And how these hearings modified (or not) the positions.

“We had a questionnaire filled out at different stages of the journey to measure the evolution of points of view”, says Anais. At the start of the exercise, 28 pupils out of 31 considered themselves ” for “ Where “rather for” euthanasia; 3 said they were opposed. At the end, 14 out of 31 admitted to having wavered or, at least, having wondered. Including Tom, front row: “I was more for euthanasia and I thought I wouldn’t change my mind, he says. I work in a pharmacy in the summer and I see how many people suffer. But the hearing of a doctor in palliative care made me evolve, in particular on the impact of this gesture on the caregivers. »

However, evolving does not necessarily mean “moving from one camp to another”, explains Marion Muller-Colard. Some young people have especially found in exercise “something to nourish and nuance their thinking”. Like Thomas. “I am always for euthanasia, he explains. In principle, everyone has the right to do what they want. But now I am better equipped. I know the context, I have heard testimonies, I have understood that the subject is more complex than it seems. I am also unable to tell you what I would do, in the end, if I were directly concerned. »

→ GRANDSTAND. “The shift from deep sedation to euthanasia is underway, inevitable”

Over the course of the sessions, many have seen questions arise that they had not imagined. “According to what criteria decide who can die or not? » (Matthew) “How can we prevent very old people from being pressured and thinking that they are a burden on their family? » (Lucy) “In the hospital, could we be tempted to perform euthanasia, to free up beds more quickly? » (Tom)

Dig into the subject, a necessity

“You may have to position yourself, in some time, since a referendum is in the air, anticipates Marion Muller-Colard, who recalls that Emmanuel Macron says he wants to consult the population on the subject. You may have a more educated opinion than many adults. But be aware that this can still change. » Bioethical debates “are an exercise in humility, says the teacher. Belonging to CCNE sometimes prevents you from sleeping”.

→ ANALYSIS. End of life: Emmanuel Macron’s citizens’ convention, a method that is debating

But then, is the citizens’ convention a good idea? “Yes, we must ask the public for their opinion because the end of life concerns us all”, consider Lucie, Anaïs and Mathieu. If the exercise proposed by the CCNE proved one thing to them, it is that the information is necessary. “It will take public debates to master the issue! »

high school students day has been organized for several years.

For this 2022 edition, the topics covered are advance directives, deep and continuous sedation, the end of life of people in precariousness…

Each class has 20 minutes to return the work done.

euthanasia or assisted suicide remain prohibited in France, where the end of life is governed by the Claeys-Leonetti law of 2016.