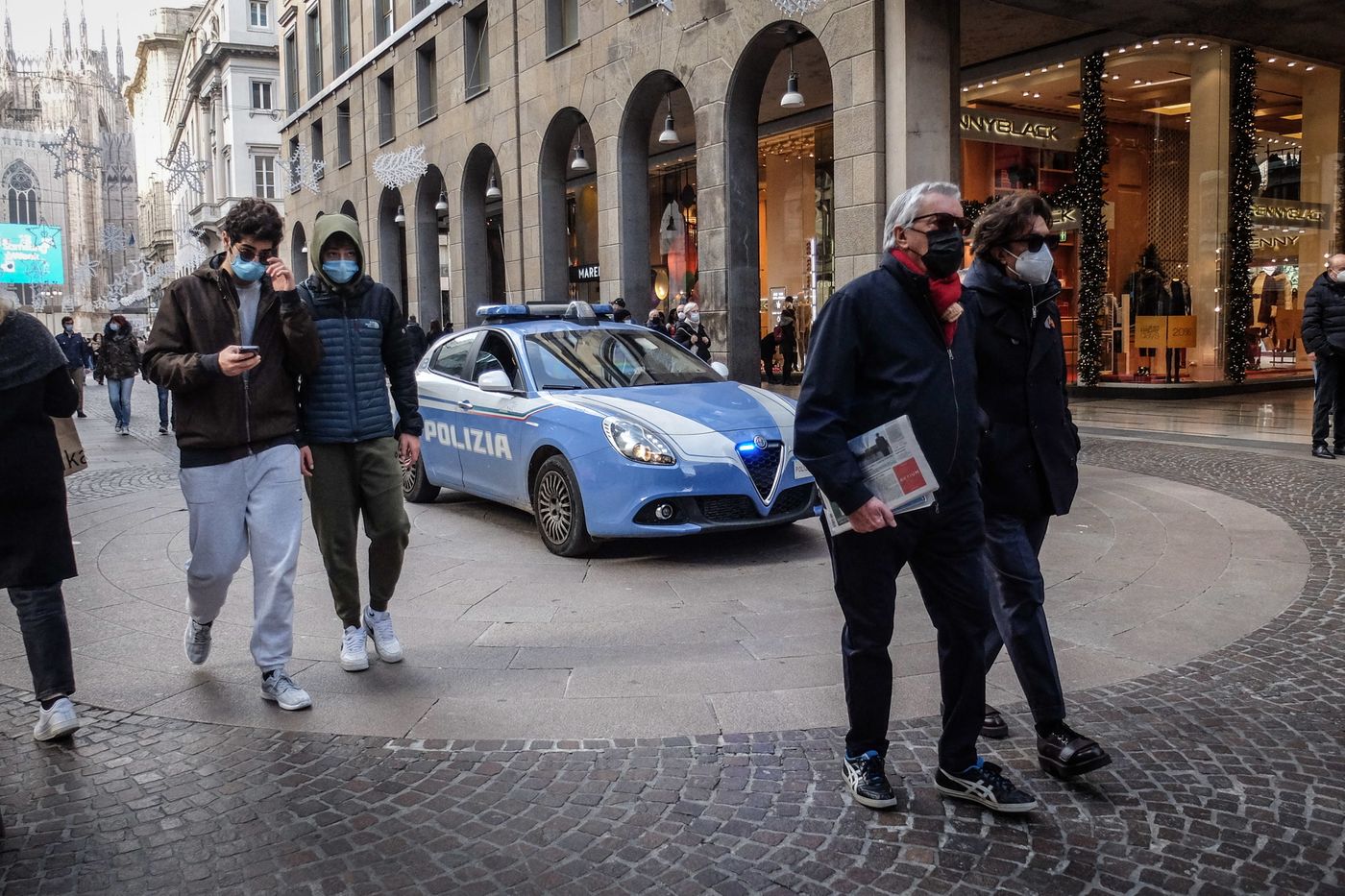 ► In Spain, the compulsory mask to avoid a new confinement

In Spain, Prime Minister Pedro Sánchez insisted on consensus ” very large “ of the measure, demanded by the majority of regional presidents and adopted during an extraordinary meeting convened on Wednesday in the face of the spread of the Omicron variant. “Experience has shown us that, combined with vaccination, the mask is essential to prevent the increase in infections”, said the official.

→ ANALYSIS. Covid-19: faced with the Omicron variant, the executive remains on its line for Christmas

Vaccination champion with 89.7% of those over 12 fully vaccinated and already more than one child aged 5 to 11 who received their first dose, Spain experienced a dramatic hospital situation at the start of the pandemic in 2020.

She has bitter memories of the first confinement, one of the strictest in the world, which left in its wake a bloodless economy and a traumatized population.

In Greece, the measure dates from Thursday 23 and has been applied since Friday 24 and until at least January 2. “There is a lot of movement during the holiday season, and large crowds gather outside”, indicated the Minister of Health Thanos Plevris to justify this return of the obligation to wear the mask.

→ DECRYPTION. Covid-19: understand everything about the Omicron variant, which is sweeping over France

All public Christmas and New Year festivities are canceled. Additional restrictions on entertainment, sports and telecommuting will be announced in the coming days for the period following January 3.

The coronavirus has killed more than 20,000 people in Greece and more than 600 infected people are currently in intensive care.

► In Italy, towards a return of the compulsory mask

The Italian government has decided to make it compulsory to wear the surgical mask outside throughout the country, Health Minister Roberto Speranza announced on Thursday 23, without however giving a date for its entry into force. “The government has further raised the level of its attention” facing the coronavirus, assured Roberto Speranza on the eve of “Special days that are coming, Christmas and New Year”.

The FFP2 mask will also become compulsory for going to the cinema, the theater, sporting events or on public transport, buses, coaches, planes or ships.

→ TESTIMONIALS. “We canceled everything”: the multiplication of Covid cases turns Christmas upside down

In addition to this obligation, parties and events involving the participation of many people are prohibited until the end of January, even outdoors, thus canceling all concerts that are usually held in Italy for the New Year. this genre will remain closed until January 31st.

According to a report released Thursday by the Higher Institute of Health (ISS), the Omicron variant accounts for around 28% of cases in Italy.