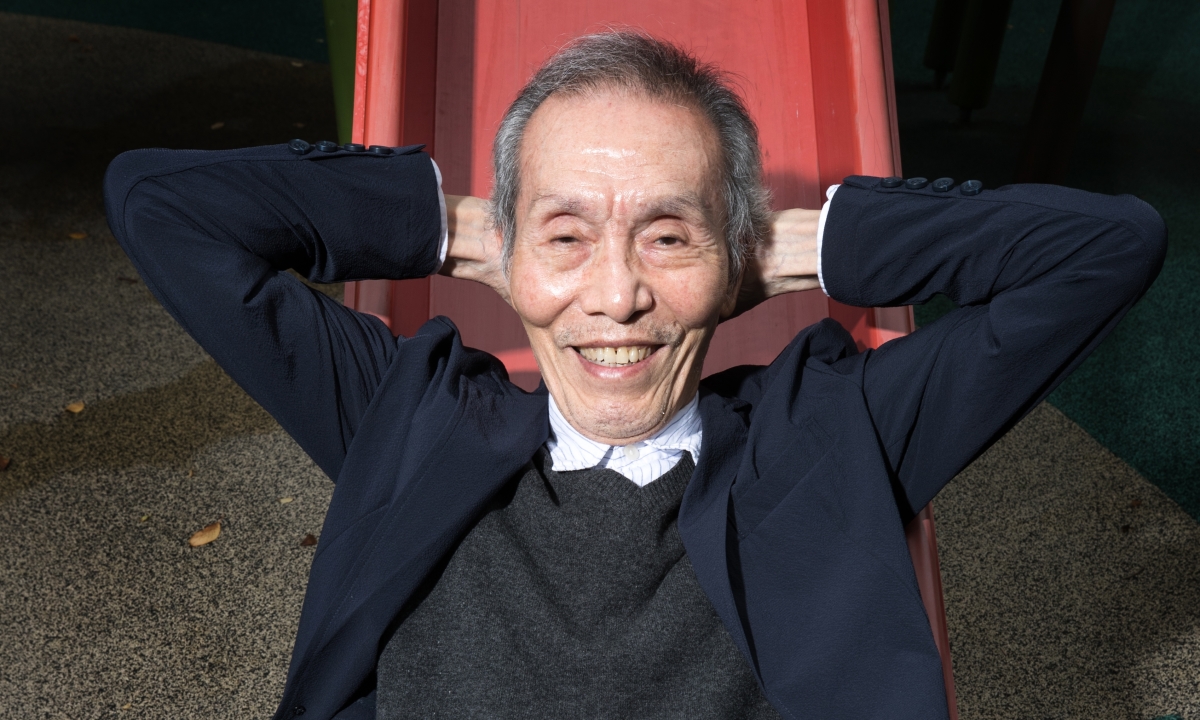 Oh Young Soo – the 77-year-old “Squid Game” star who just won the Golden Globe – used to paste posters and clean up the stage after the play ended.

Oh Young Soo (also written as O Yeong Su) became the first Korean artist to win the “Best Supporting Actor in a Series, Limited Series and Drama” award at the Golden Globes on January 10. The actor did not come to the US to receive the award. From his hometown, he said over Netflix: “After receiving the news, for the first time in my life I felt: I’m fine too. Thank you to everyone in the world. Hope everyone has a good life”.

The media, colleagues and the audience praised the artist. President Moon Jae In posted on his personal page, “I want to pay my respects and gratitude to actor Oh Young Soo. The acting journey of more than half a century has finally crossed countries and cultures. culture, creating great emotions and indelible impressions on the international stage. Today’s achievement is meaningful in many ways, demonstrating the strength of our culture.”

Son Jin Chaek – CEO of Michu Theater, has a close relationship with Young Soo for many years – told Yonhap News: “Young Soo has been acting all his life and has always kept his faith in acting, not changing anything. The victory is a testament to the unchanging stage spirit that Young Soo has always shown.” Lee Jung Jae wrote on his personal page, “Teacher Il Nam, all the scenes we made together are my honor.”

Oh Young Soo from a stage artist little known to the public – even in Korea – to world star age 77, after Squid Game. In the movie, he transforms into Oh Il Nam, the elderly player number 001. The old man looks weak and harmless but is actually a sinister game controller. On forums and social networks, many viewers use the word “divine acting” to praise Young Soo. In episode six, the character made an impression with the scene of handing marbles to Ji Hoon and saying “We are Gganbu” (Gganbu is a slang word for best friend, companion). The scene caused a fever, becoming a trend that many YouTubers and Tiktokers responded to. “This is the best TV episode I’ve watched this year,” said the audience above New York Times.

The film’s effects help Oh Young Soo become a sought-after name, receiving many invitations to participate in TV shows and act in commercials. When asked about the feeling of becoming a star in the late afternoon, he said: “It is not a random luck but a reward for me to take a steady step on my path.”

Oh Young Soo’s real name is O Se Kang, born in 1944 in Gyeonggi, raised in Paju. The artist experienced a difficult childhood when his father died early, had to drop out of school to earn a living. After being discharged from the army, unable to find a job, a friend introduced him to the troupe. When he stepped on the stage, he seemed to see a new world. Young Soo is happy to see the reaction of the audience – who are immersed in his language and expressions.

Initially, the artist was assigned only small roles. He also had to do a lot of extra work such as putting up posters, cleaning up after the play was over. The meager salary is not enough to cover the cost of food, housing… so he has to ask for help from his mother. “My younger days are similar to Ki Hoon (Lee Jung Jae) – the main character in Squid Game“, he said.

The opportunity came to him when many artists left the stage because of poverty. In 1971, he was assigned to play the lead role of Stanley in the play A Streetcar Named Desire by Marlon Brando. In 1975, he resonated with the play Faust by Goethe. After that, he joined the National Theater and became a big name in the Korean theater industry. For more than half a century, he has appeared in more than 200 productions, being honored at the Dong-A Theater Awards, the Baeksang Arts Awards or the Korean Theater Association… Director Son Jin Chaek commented: “Oh Young Soo is an actor whose innocence has been consistent for a long time, who has flourished with convincing acting.”

He also participated in a number of television and film productions such as The little boy went to find his mother, Spring, summer, autumn, winter… then spring again, Mai flower sword, Queen Seondeok, Emperor’s destiny…, mostly supporting roles, playing monks. Follow East Asia, a natural incarnation with a tall and thin body, a bald head made many people think he was a monk instead of an actor. “Because I’ve learned a lot about Buddhist ideology, it’s possible that my appearance is becoming more and more like a monk,” he said.

In 2018, the artist suffered from acute pneumonia and had to be hospitalized for 20 days. Above Joongang, he said it was a big turning point. The moment he stood between the boundary of life and death, he thought his life must stop here. When his health recovered, he realized that he no longer wanted material things, fame. He stopped driving, changed many habits. “Then I wondered what money means. Because I was alive again, I began to think about living worthy,” he said. The artist plans to return to his hometown Haeju – where his grandfather used to live – after retiring from the entertainment industry.

In the program How Do You Play? of MBC in October 2021, when asked “what kind of actor do you want to be in the eyes of the public?”, he laughed and said, “I like the word beautiful – that one word is enough. A beautiful world, one a beautiful society and a beautiful person. One day, I will leave the stage. I hope the impression I leave in the hearts of the public is beautiful.”