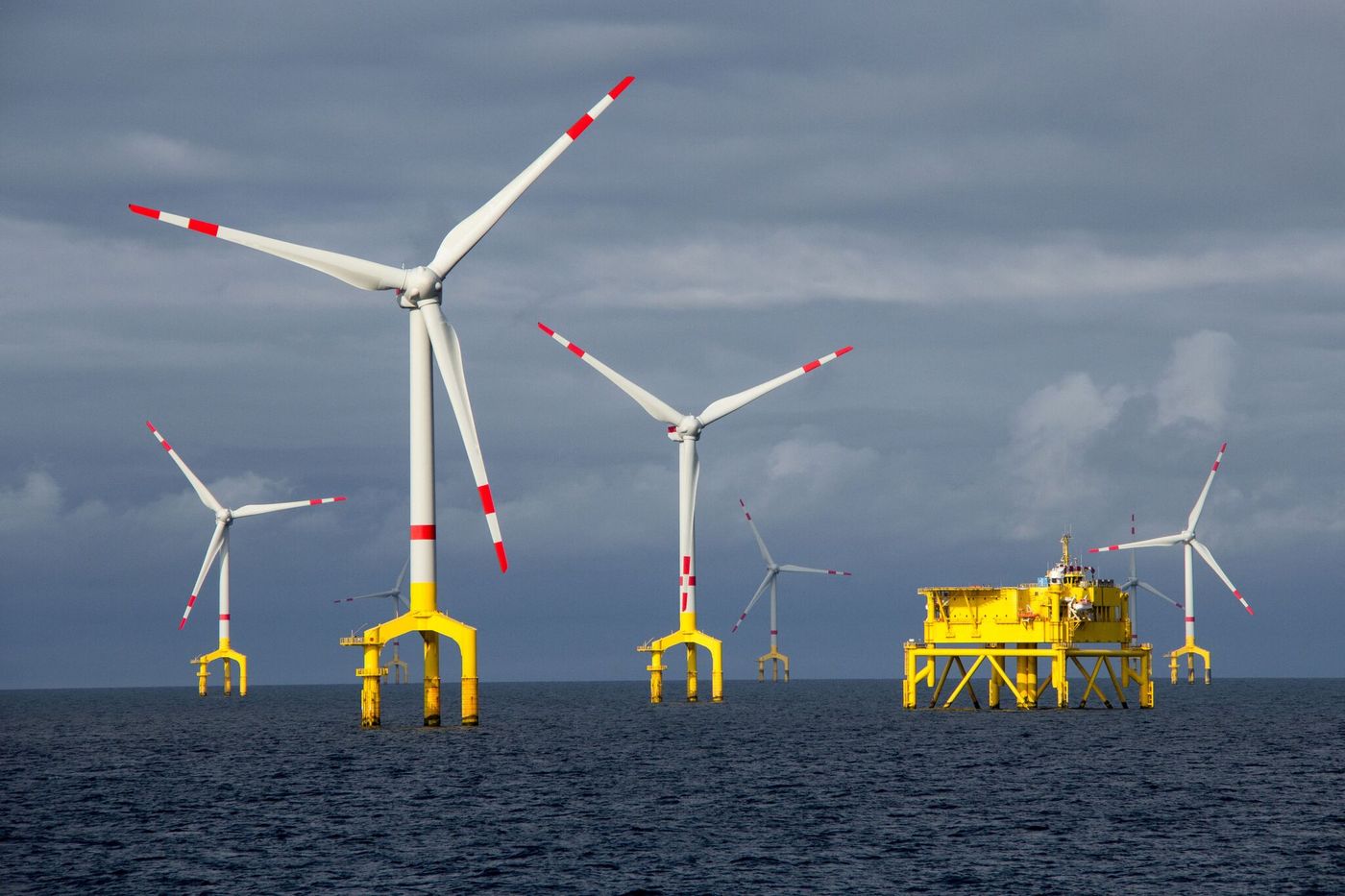 Launched ten years ago, France’s first offshore wind farm will only come into service at the end of the year. Only four are under construction, but the pace could soon pick up. In February, the President of the Republic, Emmanuel Macron, showed his desire to massively develop this renewable energy, aiming to deploy 50 parks off the coast by 2050. The objective is to reach 40 gigawatts put in service, or about two and a half times the current capacity of onshore wind.

During the public debates, the sharpest dissensions appeared around the question of fishing. But in the background looms the larger issue of preserving biodiversity. In the absence of a fleet in operation in France, our knowledge comes mainly from feedback from Northern Europe, where the first “offshore” turbines were installed in the 1990s. “Some parks have already been dismantled, so we have information on the complete life cycle of a wind turbineexplains Antoine Carlier, researcher in Ifremer’s coastal benthic ecology laboratory. Some of it can be transposed to our regions and shows rather reassuring results, other aspects must be the subject of specific studies”.

From the “reef effect” to the “refuge effect”

One of the consequences now well documented is that of“reef effect”. Sunk in a sandy bottom, the structure of the wind turbine attracts new species accustomed to hard substrates. Little by little, crowds of micro-organisms, algae, invertebrates, small fish settle in, which in turn attract larger and larger species, until an entire ecosystem is created., locally more abundant than moose.

Equally positive, a “refuge effect” is also highlighted: in the parks of Belgium, fishing is prohibited, offering a space of respite to certain species. “Studies have shown that very degraded ecosystems have thus been able to regenerate”, explains Antoine Carlier.

Certain ambivalent effects can however be felt on the fauna and flora. One of the techniques used for installing wind turbines, pile driving, is extremely noisy. Some marine mammals – as well as turtles or certain fish – may be hampered or even injured during the construction phase. Research in northern Europe so far indicates limited short-term impact. “A number of studies have noted disturbances and partial displacements up to distances of 20 kilometers around the threshing zone, reversible in one to three days”, indicated a report by the International Union for the Conservation of Nature, published in 2021. On a construction site, this construction time can last for several months.

“The transposition of studies carried out in Europe to the French case has its limits because we have a greater diversity of species of marine mammals than in the North Sea.notes Ludivine Martinez, researcher in marine biology at Cohabys, a private structure dependent on the University of La Rochelle. Offshore wind power is capable of having direct and indirect effects on mammals, but they can be difficult to measure, especially since they are cumulative with those of other activities”. Like a loss of hearing, permanent or temporary, or masking the noise of predators during the work period.

Faced with these risks, builders can implement mitigation measures: opt for other types of foundations, gradually beat the piles (which allows a gradual rise in the noise level in order to scare away mammals), or the etablishing of “curtain of bubbles” to limit the spread of noise around the area.

→ ANALYSIS. In France, the future of wind power will be mainly at sea

The impact of wind power on the mortality of seabirds is also scrutinized by scientists. Here again, the consequences are difficult to measure and often estimated using mathematical models. “DDifferent studies show that a number of species tend to avoid parks, says Enora Tredan, head of the marine renewable energies and biodiversity program at the LPO-Agir association for biodiversity. But there are real risks of collisions depending on the geographical areas and the processions of species.. » Certain birds or bats are thus at risk, either because they tend to fly very high, close to the blades, or because the park is located on a migratory corridor or near nesting colonies. For the LPO, the installation of offshore wind farms in Natura 2000 (1) conservation areas is a red line.

The effects of cumulation with other marine activities

When can wind power be considered dangerous for marine biodiversity? “From an ecosystem point of view, it is not a problem for a bird to die because of a wind turbineexplains Steven Degraer, marine biologist at the Royal Belgian Institute of Natural Sciences. The question is rather whether parks are likely to affect the dynamics of a population. » In other words, whether wind power can lead, within an area, to the decline of a particular species.

Researchers have so far measured little of such consequences. For scientists, the question concerns above all the accumulation of several wind farms, with, in addition, other marine activities (fishing, maritime transport, military activities). “Take the example of seabirds, proposes Antoine Carlier. If their foraging or nesting area is already compromised by another activity, even a small impact like the collision rate with wind turbines can have big effects on a population. »

In the eyes of marine biologist Steven Degraer, this problem implies thinking differently about research: “Most of the studies available today focus on birds, marine mammals or fish of commercial interest.. However, it would also be necessary to look at the effects at the level of the whole ecosystem. »

Since the launch of the first call for tenders in 2012, four wind farms have been started: Fécamp, Calvados, Saint-Brieuc and Saint-Nazaire.

Located between 10 and 16 kilometers from the coast, they cover an average area of ​​66 km2 for 69 wind turbines.

17 other parks are planned or pending. Half provide for the installation of wind turbines mounted on floating structures, allowing in particular the distance from the coasts and exposure to stronger and more stable winds.