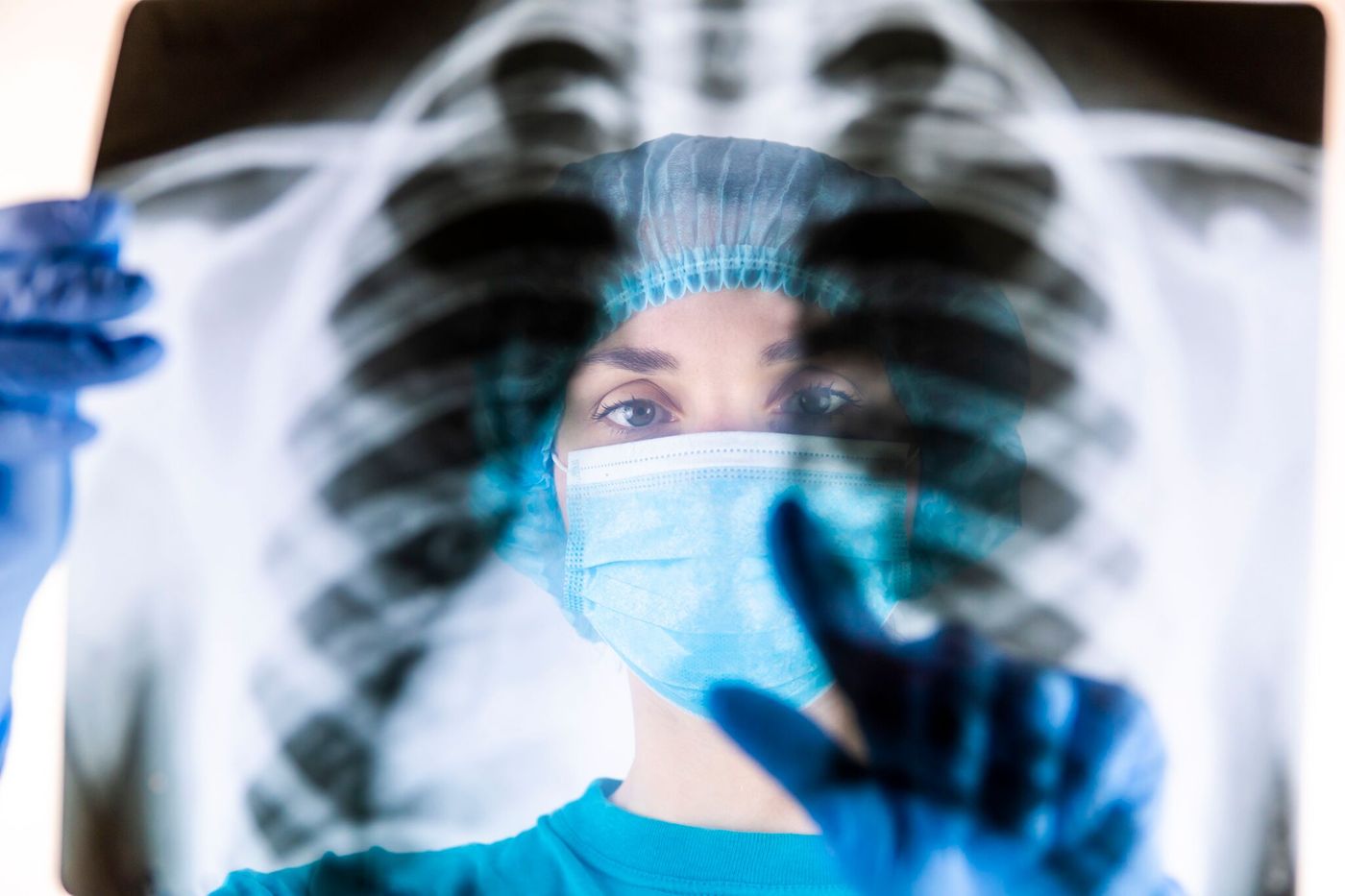 At 63, just retired, the husband of Danièle Funel, senior technician at the Latty factory, in Brou, in Eure-et-Loir, fell ill. Cancer of the pleura. “He died in 2009 in appalling conditions, ten months after the diagnosis,” says his wife, herself a former employee of this sealing company which used asbestos. According to her, a dozen employees of this site died of cancer linked to this substance, and others continue to fall ill.. “Besides, I’m not immune since, as a bilingual secretary, I was showing the factory to German customers”, underlines Daniele.

When they are informed of their exposure to a carcinogen, employees can correlate their disease and their work. But in the vast majority of cases, this link is not established, neither by them nor by their doctor, who will tend to incriminate smoking. “An occupational cancer is a cancer due to working conditionsposes Benoît de Labrusse, occupational physician. But apart from mesothelioma, cancer of the pleura specific to asbestos, there are no particular characteristics of occupational cancers from a medical point of view. Lung cancer can be due to asbestos, arsenic, tobacco…”

However, it has been proven that the carcinogens to which certain jobs are exposed increase the risk of developing cancer. “The knowledge accumulated in experimental biology, toxicology and epidemiology establishes the link between chemical (solvents, diesels, pesticides, crystalline silica, etc.), physical (ionizing radiation, etc.) and biological ( viruses), or even night work, and on the other hand, cancers of the lung, pleura, breast, bladder, larynx, kidneys, etc.», reports Émilie Counil, researcher at the National Institute for Demographic Studies (INED).

Occupational cancers are nonetheless stricken with invisibility. Firstly, because the delay of ten, twenty, thirty or more years between exposure and the onset of the pathology complicates the causal link, all the more difficult to establish since the person exposed in his work is very often unaware the risks involved. Then, because city doctors and hospital workers, who are not trained in this question, rarely ask their patients about their professional career.

According to the 2014-2019 cancer plan, 14,000 to 30,000 of the 400,000 cancers detected each year in France are of occupational origin. For Tony Musu, researcher at the European Trade Union Institute (European Trade Union Institute, Etui) (1), it is only “the visible tip of the iceberg. Around 10% of all cancers are work-related, according to a 2017 European study», he says. While other studies offer much lower estimates, around 2 to 4%, their criteria are often disputed by experts, such as Émilie Counil: “About twenty carcinogens are taken into account, while tens of thousands of chemicals are used, of which very few are tested. »

In 2017, the Sumer survey (Medical monitoring of employee exposure to occupational risks), coordinated by the Department of Research, Studies and Statistics (Dares) and the Ministry of Labor, showed that 10% of employees had been exposed to a carcinogenic chemical in the week prior to the survey. This rate rises to 11% in agriculture, 14% in industry and 31% in construction.

Precarious workers, employees of subcontracting companies and young people, in particular apprentices, are overrepresented. “Over the whole of a career, employees are professionally exposed to ten or fifteen distinct carcinogens, which greatly increases the risk of developing cancer. supports Annie Thébaud-Mony, sociologist at the National Institute of Health and Medical Research (Inserm) and founding member of the Scientific Interest Groups on Occupational Cancers (Giscop). A report by the Court of Auditors (2) indicated in 2008 that “The cancer mortality rate is ten times higher among workers and employees than among executives and in the liberal professions”.

Counting occupational cancers is not an end in itself. Identifying them makes it possible to open the right to reparation, that is to say to compensation for the damage suffered. But recognition as an occupational disease with Social Security – which concerns around 1,800 people each year – is an obstacle course. It requires proving one’s exposure and complying with the criteria defined by tables from which certain high-risk sectors are absent, such as cleaning, cosmetics and waste management. “Cumbersome procedures that come down to sick people and often limited material resources”, says Emilie Counil.

But it is also to improve prevention that the links between cancer and work would benefit from being clarified. “The invisibility of occupational cancers implies an absence of struggle to prevent those that will break out in twenty or thirty yearswarns Annie Thébaud-Mony. Knowledge aims to stop their epidemic. » Tony Musu adds: “These cancers can be avoided by eliminating or substituting products, or when this is impossible, by taking measures to protect employees. »

In addition, the payment of allowances which would be paid for by a branch of the Social Security financed by the employers, could constitute a lever for raising the awareness of companies on the need to invest in prevention, which is less costly in human and financial terms than repair – which would represent a cost of 270 to 610 billion euros per year for the whole of society, according to a European study.

Except for mesothelioma, there is no surveillance system for work-related cancers in France, such as the Nocca project (Nordic Occupational Cancer Study) in the Nordic countries. However, Public Health France announced, in the fall of 2021, the launch of Sicapro, a system to identify sectors at increased risk of developing cancer.