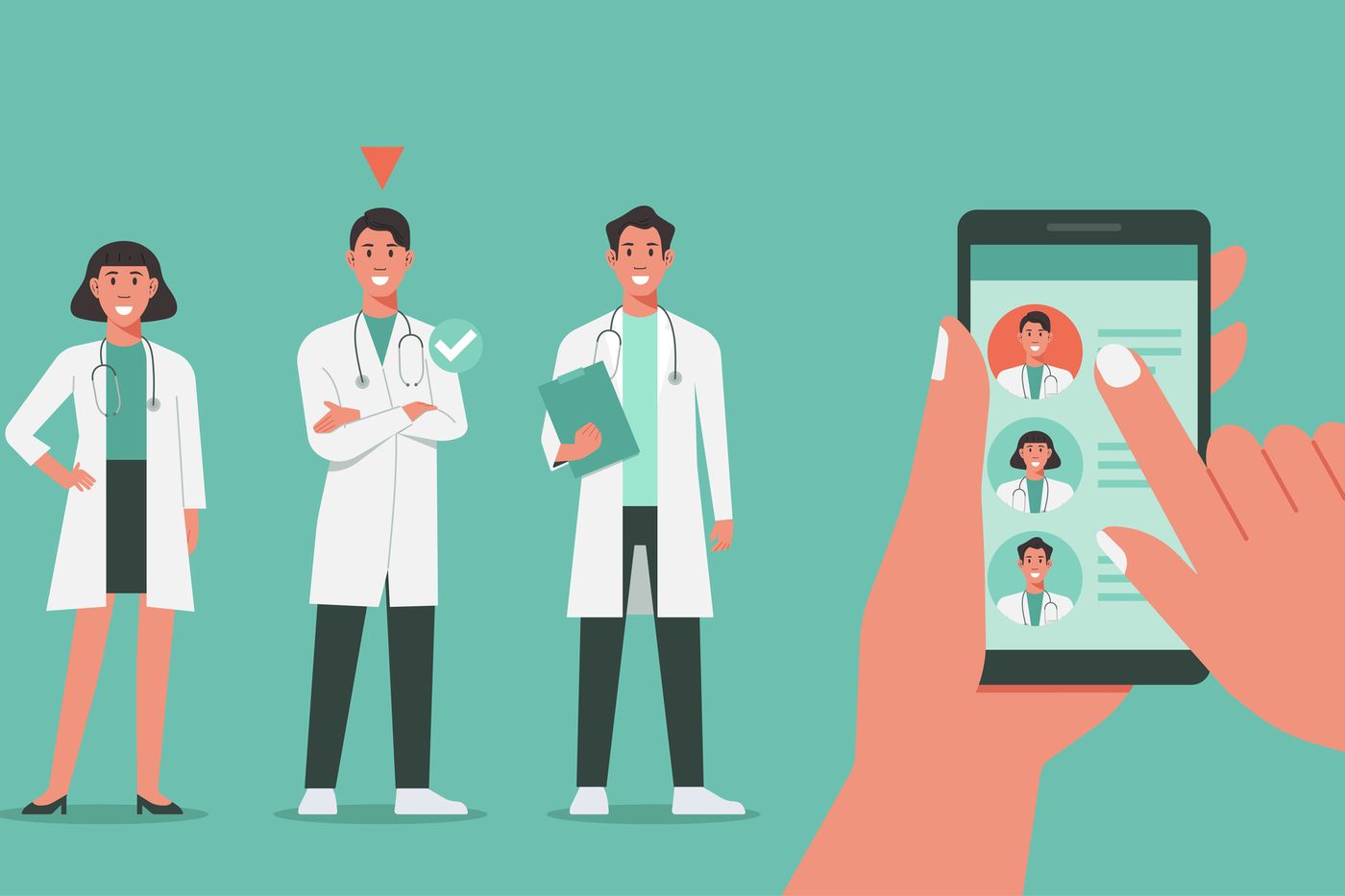 The famous Doctolib platform has been accused for several days of highlighting professionals practicing medicines not recognized by the profession, such as naturopaths or iridologists (whose diagnosis is based on the examination of the iris to assess the state overall health of a person).

This site is the reference in this sector, and its attendance has been boosted by the health crisis and the confinements, but other competing platforms exist, although little known.

All competing platforms basically offer the same services. However, Doctolib is doing well, mainly thanks to the number of practitioners referenced on its site. On its home page, it lists nearly 70 million patients (for France and Germany) and 300,000 practitioners. Some platforms also regularly refer to Doctolib, for practitioners who are not affiliated with their own service.

For Unaass (National Union of Approved Health System Associations), one of the main criteria for choosing its platform is the number of registered practitioners. According to this inter-associative organization, sites such as Docteur Rendez-vous, GPS Santé, Rendezvousfacile.com and RDV-MED “is of little interest in facilitating the search for a niche”. In question, ” the low number of practitioners who have joined”.

Platforms such as KelDoc, AlloDocteur or Doctolib, however, offer a complete directory of doctors and other practitioners listed, even if they have not subscribed to their services.

► Make it easier to make appointments, an objective sometimes overlooked

According to France Info Santé, some platforms do not meet the patient’s main objective: to find a health professional to consult more efficiently and quickly. On GPS Santé, for example, it is not possible to search by city. On Rendezvousfacile.com, the user must himself enter the name of the practitioner he wishes to consult.

By offering a monthly fee starting at €129 for doctors, Doctolib is also positioning itself as a leader. On the side of TakemonRDV and Maiia, the price is almost half less, namely 69 €. Next come Keldoc, at €40 and ClicRDV, at €49 (to which is added 0.10 cents for reminder SMS).

According to a survey of What to choose carried out between April and May 2021, 75% of teleconsultation appointments are made on the Doctolib platform.

Teleconsultation has experienced undeniable growth in the context of the health crisis and several specific sites have developed or seen their attendance increase.

Some offer consultations (at the same price as face-to-face) with general practitioners (such as Livi or Hellocare), others are only devoted to specific pathologies (erection or sleep disorders, hair loss with Charles.co, cancers with Cancer Consult, psychological disorders with Helpsy or Weepsee).

Several non-commercial platforms have also developed in recent years, the stated objective of which regularly amounts to fighting against the uberization of medicine and the development of private platforms. Among them, Medunion (designed by health professionals) and Vitodoc (listing 16,000 doctors, or 80,000 weekly slots). The latter platform claims not to store any health data.

► A new player in sight?

A newcomer to the sector could soon overshadow all these platforms, and not the least since it is Google. The milestone has already been reached in the United States, where the company has formalized partnerships with several health centers and hospitals. The goal is to allow these establishments to display their appointment slots directly from the search results, and to allow them to be reserved.

Based on the search for a specific professional, this functionality would not go as far as those offered by other platforms, making it possible to find the very first practitioner available, according to their geolocation.