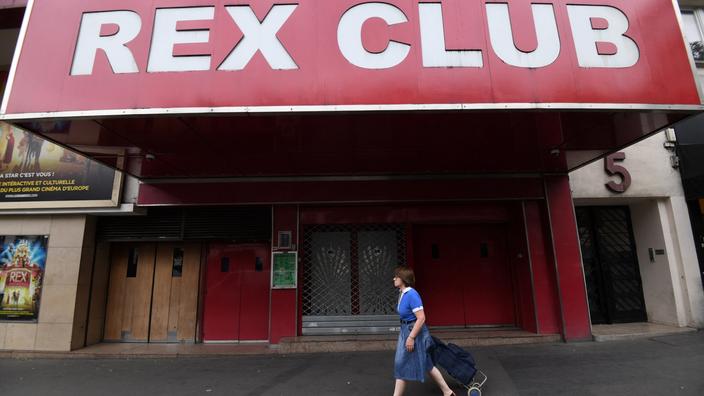 Professionals are sorry to still have to remain closed at least until June 30, with no prospect beyond that date.

“We don’t forget them, it’s very difficult for them”, Commented Thursday the Minister of Labor Élisabeth Borne. The nightclubs are however the big absent from the deconfinement plan unveiled by Emmanuel Macron. Unlike bars and restaurants, they will remain closed at least until June 30, with no prospect beyond that date for now.

Read also :The Buttes-Chaumont transformed into an “open-air nightclub”

“It’s impossible to imagine a new white season», Reacted Friday Jean-Roch Pedri, the boss of the famous VIP in Saint-Tropez (Var). “Make a speech where the nightclubs don’t have a flight or exit plan, how is that possible?“, The DJ was angry with AFP, after the announcement by Emmanuel Macron on Friday in the regional press of the timetable for the gradual lifting of the restrictions put in place in the face of Covid-19. Jean-Roch Pedri was, in particular, indignant that the government announced the resumption of concerts for the summer but not the reopening of these establishments of the night. “I am deadlocked and in total incomprehension. We validate concerts with a tonnage of 1000 people and we cannot reopen clubs of 300 people! ”, he denounced. This is “stab in the backReplies Matthieu Lebrun, spokesperson for Normandy nightclub managers and manager of Le Milton nightclub in Manche. This professional does not understand this prolonged closure, considering that he was “closed without any scientific study“. In reaction to government announcements, the resident of the National Union of Discotheques and Leisure Places, Patrick Malvaes, announced on BFMTV on Friday his intention “To prepare an appeal before the Council of State”. “We are going to monitor this constantly because if there is unequal treatment, it is completely unacceptable”, did he declare.

Despite the anger of professionals in the sector, there is no question of taking the risk, replies the government. “Today, the sanitary conditions are not yet met to allow them to reopen“, Has, thus, justified Élisabeth Borne at the microphone of Radio Classique this Friday, ensuring that” it’s part of the consultations we will have next week “. Words that Matthieu Lebrun brushes aside with the back of his hand: “Alain Griset (Minister Delegate in charge of SMEs, editor’s note) had negotiated a reopening of nightclubs in mid-July with half the gauge, but Olivier Véran put his veto, as usual, he annoys. We want the groups to be received at the Ministry of Health or to speak at least once with the President of the Republic“.

500 clubs have gone out of business

Time is running out for some establishments, heavily impacted by these months of closure and worried about being again deprived of a very lucrative summer season. “Two-thirds of turnover is expected to occur between May and September inclusive», Indicated Patrick Malvaes, last August.

In an attempt to keep their heads above water, the clubs were able to take out state-guaranteed loans (PGEs) and receive monthly aid equal to 20% of their turnover. Insufficient compensation since, according to Jean-Roch Pedri, 500 nightclubs have already gone out of business since 2020. 1,480 others have staff and are waiting to be able to reopen and work. “There are still holes in the racket. Currently 10% to 15% of bosses are forced to hand over personal money, considers, for his part, Matthieu Lebrun. These aids allow us to support the company, but it is not a remuneration for the managers“. The sector, which will still have to be patient, nevertheless hopes to be able to make its audience dance again beyond June 30.