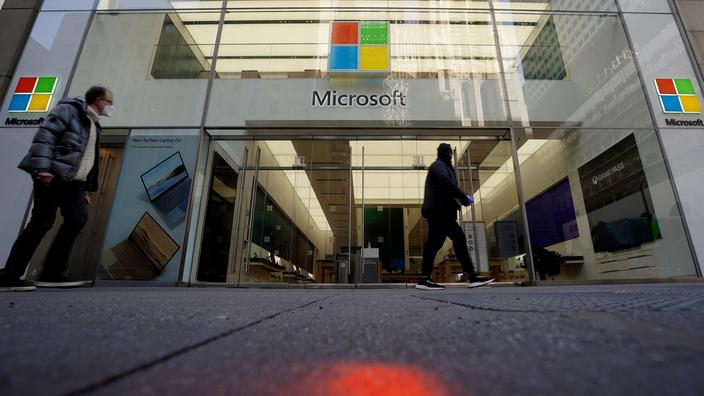 From April to June, the group recorded a net profit of 16.5 billion dollars, up 47% over one year, for a turnover of 46.2 billion.

Microsoft ended its fiscal year on a high note thanks to the growing needs of businesses in digital and remote computing services (cloud), according to its financial results published Tuesday, July 27. From April to June, the fourth quarter of its staggered fiscal year, the group recorded net profit of $ 16.5 billion, up 47% over one year, for a turnover of 46.2 billion .

Read also :Microsoft and Google dig up the hatchet

The Redmond group (northwestern United States) was one of the big winners of the pandemic, notably thanks to its cloud-related products, from storage to data analysis via artificial intelligence technologies. And the lifting of health restrictions, which could be called into question by the Delta variant, does not seem to have weighed on its affairs, on the contrary: the new models are just as favorable to it.

“The transition to the cloud and the dynamics of teleworking or hybrid work should be long-lasting, despite the whispers about returning to the office”, noted analyst Dan Ives of Wedbush Securities. Microsoft “Will continue to be one of the major beneficiaries of this trend with its (IT suites) Azure and Office 365 for the years to come ”, he continued.

The company is chasing Amazon, the global cloud leader, in this juicy, fast-growing market. According to Dan Ives, 40% of the workload of businesses and organizations is in the cloud at this point and this share is expected to increase to 55% by 2022.

Read also :Microsoft is worth $ 2 trillion

Microsoft is also present in video games, cybersecurity and social networks, all sectors that are not weakening. The turnover of the professional network LinkedIn has increased by 46% over one year, according to the group’s press release.

“Our results show that when we meet the needs of our customers in differentiated ways in large and growing markets, we generate growth, as we have seen in our commercial cloud but also in new franchises that we have developed. , including games, security and LinkedIn, all of which have surpassed $ 10 billion in annual revenue over the past three years ”, said group CEO Satya Nadella.