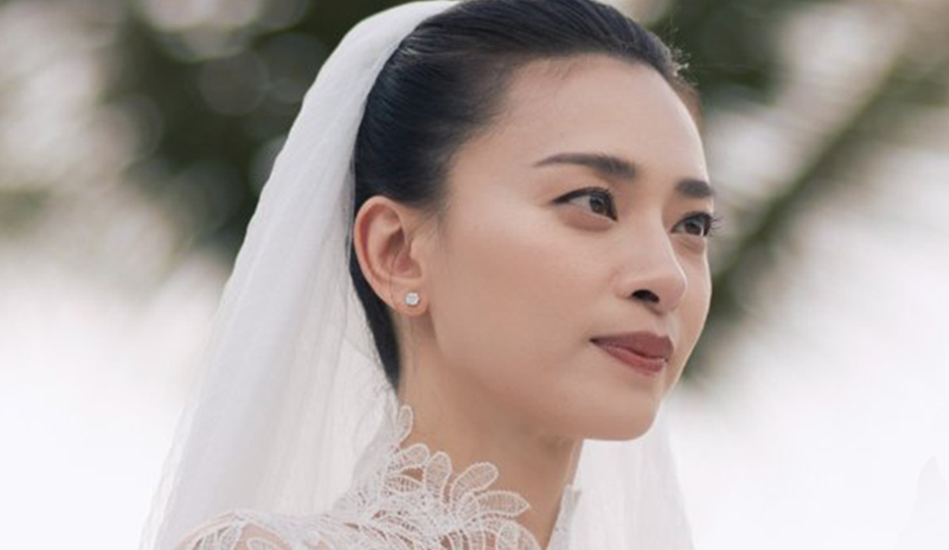 After the wedding on the afternoon of May 8, Ngo Thanh Van posted on her personal page a video of the engagement ceremony with her husband in Norway in June 2021. She wrote: “I thank my father, the teacher who taught and guided me. I am very happy to fulfill my promise to you and now I hope you rest in heaven, bless us.”

In the video, the artist talks about the promise she made to her adoptive father when she was 16 years old that if she got married, she would let him lead her down the aisle. “Mr. Trygve passed away, unable to witness the moment I returned to my husband’s house,” Ngo Thanh Van said. However, she wanted to fulfill her old promise, so she got engaged in front of the Andersen family. At the ceremony, she hugged his photo, entered the church, received the wedding ring given by Huy Tran.

According to the artist, at the age of 15, she followed her mother to Norway to settle down after her parents divorced. Both were destined to meet Trygve Andersen’s family and were adopted by him. During the first days in a foreign country, she was surprised and learned to get used to the weather, food and local culture. Mr. Trygve’s family understands her mother’s situation and has helped her in every way, telling her what it means to care. She gets close to him and learns to live a strong, independent life. The actor said: “Wherever I go, wherever I feel comfortable, fortunately, I always think of Mr. Trygve.”

After two years of dating, Ngo Thanh Van and Huy Tran’s wedding took place at a luxury resort in Da Nang on the afternoon of May 8 with the participation of relatives and 50 guests. The actor said: “Thank you Huy for appearing in Van’s life. 12 years when Van was lonely and looking for a husband, Huy was there at the right time. Huy came to Van with nothing flashy, just gave a towel. paper for Van to cry and remind Van to spend more time on herself than work, that’s enough. Van promised to be a good wife and ready to have children.” Many guests cried at the bride’s confession.

In the evening wedding party, Ngo Thanh Van and Huy Tran cut the cake and drank alcohol. On the beach, the air is cool, the couple holds hands and dances.

Ngo Thanh Van used to be a singer before working in the film industry. She got the nickname “beating woman” after the success of the movie Hero’s Blood(2007), co-starring Johnny Tri Nguyen. In the 2010s, she turned to film production and had many works such as: Tam Cam: The Untold Story, Co Ba Saigon. 2019 movie Hai Phuong produced and starred by her, earning more than 200 billion VND, is the most popular Vietnamese work of all time. She is about to release a movie Thanh Wolf.

Huy Tran is 11 years younger than Ngo Thanh Van. He was born in Germany, graduated from GPB Berlin, majoring in import and export. Huy Tran is known to the audience through the program Who is that. By the middle of 2019, he continued to participate in the show Amazing race. Currently, he is the owner of a German restaurant in Ho Chi Minh City.