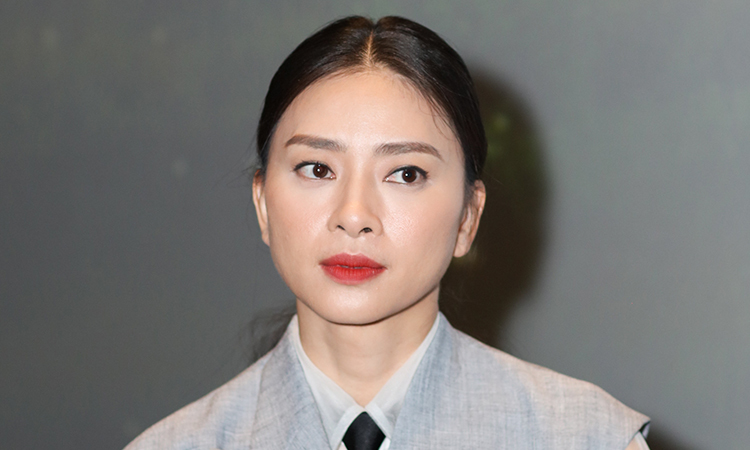 Investing 43 billion dong to make “status”, Ngo Thanh Van said worried when the film was boycotted by a part of the audience because of copyright noise.

On the afternoon of January 24, Ngo Thanh Van – a film producer Status – Organized the film launch showcase in Ho Chi Minh City. Over the past month, the film has been asked to boycott by a group of audiences because they believe that the copyrights infringe when working with the Phan Thi company – comic copyright owner Intelligent children of Vietnamese (original script), instead of cooperating with painter Le Linh – father of the series. Many people said that they would not watch the movie because the artist did not pay the artist’s proper benefits.

Lawyer Nguyen Duc Hoang – legal representative of the producer – confirmed that the process of buying the copyright and making the movie is in accordance with the law. The lawyer explained that Le Linh only has copyright with four characters of the comic, the ownership is still Phan Thi company.

Ngo Thanh Van said that the incident caused her and her team to struggle over time. When seeing on social networks, many people called for not watching movies, she was confused, not sure whether to stop or continue the project. “I don’t want to make a movie with good content but get criticized by the audience for the outside factors,” she said. What she regretted most was making the child actors involved because of negative comments online. Although holding a showcase, the crew did not introduce the cast because they avoided the reputation of “sending children as a screen”.

Ngo Thanh Van said he was guilty of not realizing the problem in the copyright dispute between Phan Thi Company and artist Le Linh.affect the film. Be a fan of Intelligent children of VietnameseShe cherished the series to the big screen since 2015. When she found Phan Thi to buy the copyright, she was initially rejected because the company worried about Ngo Thanh Van’s team was unable to convey the charm of original work, disappointing fans of the series. Ngo Thanh Van took two years to persuade and was agreed by Phan Thi in 2018.

At the end of 2018, the copyright lawsuit Intelligent children of Vietnamese between Phan Thi Company and painter Le Linh, causing a stir of public opinion. At that time, the movie was started filming. Concerned about the affected film, Ngo Thanh Van contacted Phan Thi and received the copyright for the film by this company, and was responsible for any dispute. She met Le Linh, invited him to contribute ideas for the project, but the artist refused because he was participating in a lawsuit.

At the end of 2019, in the appellate session, the court determined Le Linh as the “father” of the four main characters of the series (ownership still belongs to Phan Thi company). At this time, Ngo Thanh Van continues to invite Le Linh to be an advisor. The artist continued to refuse, saying that joining was also late, the film was finished. When the movie released a teaser in 2020 and faced a boycott effect from the audience, she again invited Le Linh to the project, offered a remuneration for the consultant role, but he shook his head.

Ngo Thanh Van said that the team had a good attitude when three times asked Le Linh to join the project. The producer said that she did not shake hands with Phan Thi company “o force” Le Linh as some information on social networks, because she paid full royalties when signing a contract with Phan Thi. In gratitude to Le Linh, on the latest poster, the crew inscribed the words: “From the characters created by painter Le Linh”.

For Ngo Thanh Van, 43 billion VND is a quite large budget compared to a children’s film, due to the team invested in techniques, building a village in Ninh Binh. According to her, the numbers have not stopped as the film is in post-production. “This is my valuable lesson for the following projects, especially for the series,” she said.

In addition to the controversy with the “father” of the series, the film is also said by many viewers that it does not respect the original. For example, in the story, the lemur (the cloth embroidered on the shirt) of the Tí Tí has ​​the image of an S map, but in the trailer is changed to the shape of a carp.

Director Phan Gia Nhat Linh explained that this is his idea. Initially, he wrote another script for the movie: Ti underwent many exams, to become a Poinsettias. Before going to the candidates, Ti was given a lucky cut from her mother to kill carp, implying that she would pass the dance. The script had to change because there was not enough funding, but Nhat Linh still kept this idea. He thinks that when it comes to theaters, the audience will understand what the plug wants to do. “Actually, considering the Hau Le context as in the story, the fact that Tí wears the S-map is historically wrong. If we keep it as the original, it will also be questioned by the audience as wrong about the chronological information. Great, “he said.

Phan Nhat Linh accepted to make the film because he saw that there was no film for children to properly invest in Vietnamese children – the way Hollywood has done for a long time. Harry Potter, The Chronicles of Narnia… My ambition is to perform Status in several parts, the first film will explain Ti’s origin. “In order to do that, the upcoming movie must be well received by the audience. I hope the public gives the crew the chance to get Tí Tí to return with season two, three and more,” he said.

Artist Le Linh said that during the lawsuit, Ngo Thanh Van contacted him to invite him to join the team, but he did not accept the offer because of the dispute and because the film had started filming. Later, the producer continued to offer to send a remuneration when invited to be a consultant, but he refused because he thought he did not contribute. When he recounted a 12-year process to reclaim the copyright of four characters Intelligent children of Vietnamese on social media, many fans voiced their support and boycotted the film. “I simply wanted to express my feelings. Status It has nothing to do with me, whether or not to choose is in the audience, “Le Linh said.