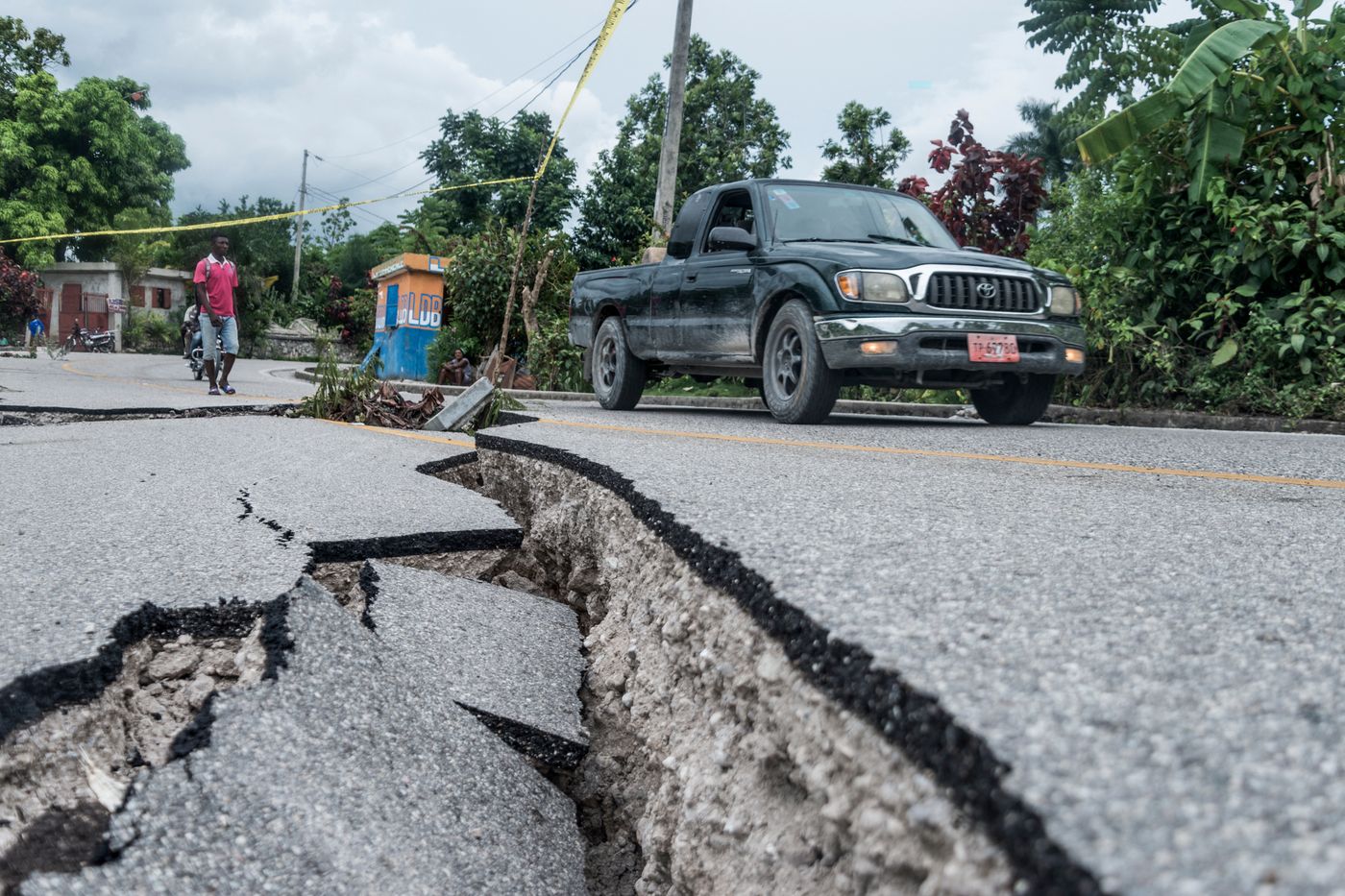 On the screen, a neon blue curve is labeled “Tohoku”. Here is represented, in its simplest geophysical essence, the 2011 earthquake in Japan, responsible for the Fukushima disaster. Worldwide, earthquakes have caused nearly a million deaths over the past thirty years, mainly in Indonesia and Haiti. In Sophia Antipolis, in the hinterland of Nice, Quentin Bletery and his team seek to anticipate and prevent these disasters, using artificial intelligence.

“Earthquake prediction is the holy grail in seismology”, says in the preamble the geophysicist at the Research Institute for Development (IRD). The research fellow received a European grant from the ERC program (European Research Council), endowed with an amount of 1.5 million euros over five years, to “the detection of early seismic signals thanks to artificial intelligence”. The work, published in mid-May in the journal Nature, are based on a recent discovery: that of gravitational waves linked to an earthquake, in this case that of Fukushima. Gravitational waves correspond to “folds” in space-time caused by the movement of large masses, much like a bowling ball would dig into a stretched canvas.

Previously detected in space during immense collisions, like two black holes devouring each other, gravitational waves are also born during large earthquakes on Earth, where large masses are in motion. “The idea came during a seminar at Caltech, in the United States, where a person in charge of a space gravitational wave detector was precisely looking for how to control the seismic noise to avoid distorting the instrument”remembers Jean-Paul Ampuero, director of research at the IRD and co-discoverer of the signal.

The gravitational signals of an earthquake, known as Pegs (“Prompt Elastogravity Signals”), turn out to be particularly discreet, but detectable by good quality seismometers. “All earthquakes generate Pegs, but these signals are only observable above magnitude 7.5 or 8.describes Kevin Juhel, geophysicist. In total, there are just under ten events for which we have been able to record them. “The scientific community was quite skeptical, because the signal is very weak compared to the very loud ambient seismic noise”, recognizes Jean-Paul Ampuero.

These gravitational waves travel at the speed of light as soon as the fault ruptures, where P waves, the first seismic waves to appear, spread “only” at some six kilometers per second. During a large magnitude earthquake, a seismometer will therefore first register a Pegs, before receiving the P waves. “Using gravitational waves saves around ten seconds on warning systemssays Gabriela Arias, a doctoral student in Quentin Bletery’s team. It doesn’t seem like much but, coupled with automatic systems, it can shut down a power station or an airport. » Or simply to stop a surgical procedure in hospitals that the shock could cause to slip.

Seismometers that saturate for large earthquakes

The project is even more useful for tsunamis. In Japan, in 2011, the alert was sent by the authorities three minutes after the earthquake. The American-run Pacific Warning Center took nine minutes to respond. This new approach could eventually accelerate the triggering of sirens, even in developing countries without infrastructure. Because, in addition to their instantaneousness, gravitational waves are felt all over the globe. Countries very well equipped with seismometers could thus serve as sentinels for others.

Typically, the formation of a tsunami after an earthquake depends on two factors: the magnitude and the focal mechanism, ie the way in which the rupture took place. At sea, the mechanisms of subduction, where one plate passes under the other, lead to tsunamis, as the sea floor rises sharply.

But “most systems saturate and are very poor at determining the true magnitude of an earthquake and therefore the magnitude of the related tsunami”, details Gabriela Arias. In Japan, the predicted wave was much smaller than the one that finally broke. “The systems were expecting a tsunami corresponding to a magnitude 8 earthquake, not a magnitude 9 earthquake”, explains Quentin Bletery. Conversely, “the Pegs do not saturate”, continues Gabriela Arias. The team therefore developed an algorithm, fed with artificial intelligence, which uses these early signals to instantly determine the magnitude and location of the rupture.

Early but not early warnings

“There are, fortunately, not many large earthquakes. So we simulated more than half a million of them to have enough data to train a neural networksays Quentin Bletery. The AI ​​is then able to give the magnitude of any earthquake by observing the gravitational waves emitted. »“We have tested the algorithm against earthquakes that have already occurred, it workswelcomes Andrea Licciardi, who developed the computer program within the team. Now, we have to experiment it in real time and in situation. This is also how I imagine science: useful for populations. »

Not enough to read the future for as much. However instantaneous they may be, gravitational waves only appear when there has been a rupture, not before. On prediction, the second part of his research grant, Quentin Bletery is therefore cautious. “We do not currently know if there is anything, a signal or otherwise, that could indicate a future earthquake.he acknowledges. Artificial intelligence can help, provided you know what you are looking for. »

• March 2011. The Tohoku earthquake, with a magnitude of 9.1, causes a gigantic tsunami and ravages the Japanese coast, affecting the Fukushima nuclear power plant.

• December 2004. An earthquake off Sumatra, of magnitude 9.1, and the tsunami that follows cause the death of more than 200,000 people. The devastating wave sweeps as far as Africa and Australia.