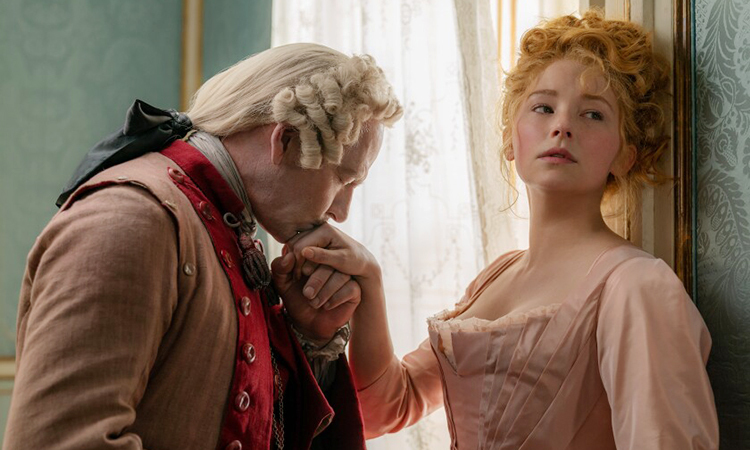 Nearly 800 sets of clothes were produced for the actors in “Cyrano” – a 123-minute film.

Oscar 2022 will take place on the evening of March 27 at the Dolby Theater in Hollywood, Los Angeles. In the category “Excellent Costume Design”, Cyrano by director Joe Wright is one of the five brightest candidates. The work belongs to the genre of drama, music is adapted from the play Cyrano de Bergerac 1897 by Edmond Rostand.

Cyrano revolves around the story of the love triangle of French military officer Cyrano (played by Peter Dinklage), the girl he has a secret crush on – Roxanne (Haley Bennett) and soldier Christian (Kelvin Harrison Jr.). Roxanne has a crush on Christian, expecting steamy love letters. But Christian doesn’t know how to express his feelings, so he asks Cyrano to write a love letter for him. Through letters, on behalf of Christian, Cyrano confessed his feelings to Roxanne.

Designer Cantini Parrini said the team had less than a month to brainstorm, sketch and choose the right fabric. “It’s a tight time for any project. With a movie like Cyrano, it usually takes you three or four months to prepare. But we did it in just 26 days,” Parrini told CNN.

The team created nearly 800 outfits instead of using clothes available from vintage stores. According to CNN, the number shows the remarkable achievement of the film crew for a work that does not put a lot of emphasis on fashion. Silk, linen and organza are thoroughly exploited, to create a rustic and classic look suitable for the 18th century context. Meanwhile, jewelry and details such as prints, stripes, brocade or Lace is completely removed, leading to the most realistic image of fashion in this period.

The color of the costumes is an important highlight, telling the social status of the characters. Parrini spent time studying 18th-century watercolors in museums in London and Rome to create tones for designs. Pink for the nobility, earth tones for the bourgeoisie and peasants, cream for the clergy, and sand and linen tones for the militia. To get the desired color, Parrini dyed many samples before putting them into the outfit. In addition, the suits are made old, representing the difficult years.

Color also represents the character’s personality. In the film, Roxanne often appears in yellow, white and beige to symbolize purity, and blue and green to represent her indomitable spirit. Cyrano’s outfit remains largely unchanged throughout the film, but each design is versatile. His jacket can be detached, forming a vest or adding fabric to form a cape. The repetition of costumes implies that Cyrano is always obsessed with missing the person he loves just because of his pride and insecurity.