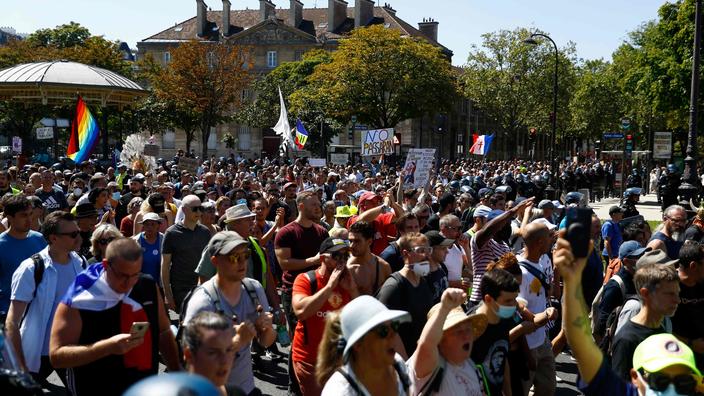 An unprecedented number of demonstrators is announced for this fifth Saturday of mobilization. Territorial Intelligence has identified a total of 200 processions in France, increasing the mobilization to around 250,000 demonstrators throughout the country.

Three processions are announced in Paris. The first, on the initiative of the former member of the National Front Florian Philippot, is scheduled for 2:30 p.m. in the Montparnasse district (14th arrondissement), and will go towards Port Royal. According to our information, the police are expecting up to 10,000 people there.

A second procession organized by a “yellow vests” personality will gather around the Porte Dorée in the 12th arrondissement from 11:30 am to start at 1 pm towards the Place de Clichy. Police estimate 5,000 people could be part of the parade.

Finally, a third procession will leave Place de la Bourse (2nd arrondissement) around 1:30 p.m. in the direction of the Palais Royal. For this last procession, 1000 people are expected.

In the south of the country, large processions should take place in Toulon with more than 15,000 demonstrators, in Montpellier with 10,000 marchers, then in Nice, Marseille and Perpignan, according to Territorial Intelligence. Risks of overflows are announced in Lyon, Nantes and Rennes.

Find our article which lists the gatherings planned throughout France.