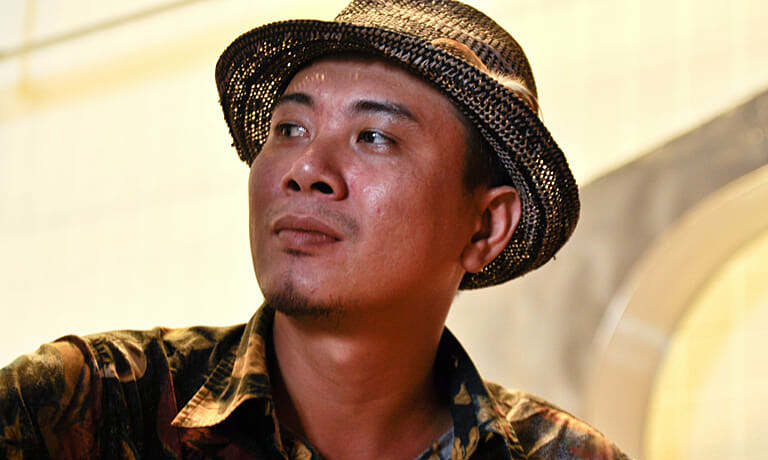 HanoiMusician Tuan “Chicken” died at the age of 45, after many years of diabetes, on the morning of February 23.

He went to the emergency room at Viet Duc Hospital for five days but did not survive. Before his death, the musician told his family not to hold funerals or accept money for funerals. He wanted to be cremated, divided his ashes into two parts, one rested in Chi Linh, Hai Duong (the land he devoted a lot of love to), the rest scattered in rivers and streams on the way to burial. The musician has had two wives and two daughters. At the end of his life, he lived alone.

Musician Nguyen Vinh Tien said he was disappointed when he heard that his close brother, former member of the M6 ​​group, had passed away. “Tuan ‘Ga’ is a creative artist. His songs are like The sound of the crow of time, the 5 rings of memory bells, the old clothes of the clothesline, the dove of grain… will go with the years”.

Singer Giang Trang remembers the last time he saw him, two years ago, the two sang clams all night. The musician also cherished to make his own program, thanks to Giang Trang to perform a new song. Hearing the news of his death, the singer hummed two lines in the song Old clothes with clothesline to see you off: “I’m just a clothesline. Silently listen to the rain.”

Musician’s real name is Nguyen Tuan, born in 1977 in Hai Phong. Tuan’s childhood, “Chicken” experienced many events. He had a time with his parents to live in Hong Kong. During this period, he found joy through studying music, forming the band Canh Ga, specializing in singing Trinh, Ngo Thuy Mien, Vu Thanh An and foreign songs of ABBA, Boney 79…

In 1992, 16 years old, Tuan “Chicken” returned home with his family, working as a carpenter. At 17, he wrote his first song – Seasonal emotions. In 1997, he joined the band The Ocean of the Maritime University and attended the National Festival of Student Bands, holding his own concert. In 2006, he participated in Vietnamese Songs with the song Who are you, The song then helped Nguyen Phuoc Vu Bao win the first prize of the Ho Chi Minh City Television Singing Contest. Two years later, the musician joined the songwriting group M6, including many names such as Giang Son, Nguyen Le Tam, Nguyen Thang, Nguyen Vinh Tien, Ngo Tu Lap, and Tran Duc Minh. He contributed in the group’s album “Hanoi M6 street” (2010) with two songs Pigeon grain, old clothes clothesline.

The artist’s composition includes 100 songs, divided into three areas: satirical, lyrical, and social. The most successful musician in the genre of satirical music with a witty perspective, typically the songs: The sound of the crow of time, Spring broom, The scourge, The girl selling coal. In the social and lyrical fields, he made an impression on the audience thanks to his lyrics, smooth harmony with a number of songs such as: Who are you, The Dove and the Grain, Leaving the Nest, The Dark Street…