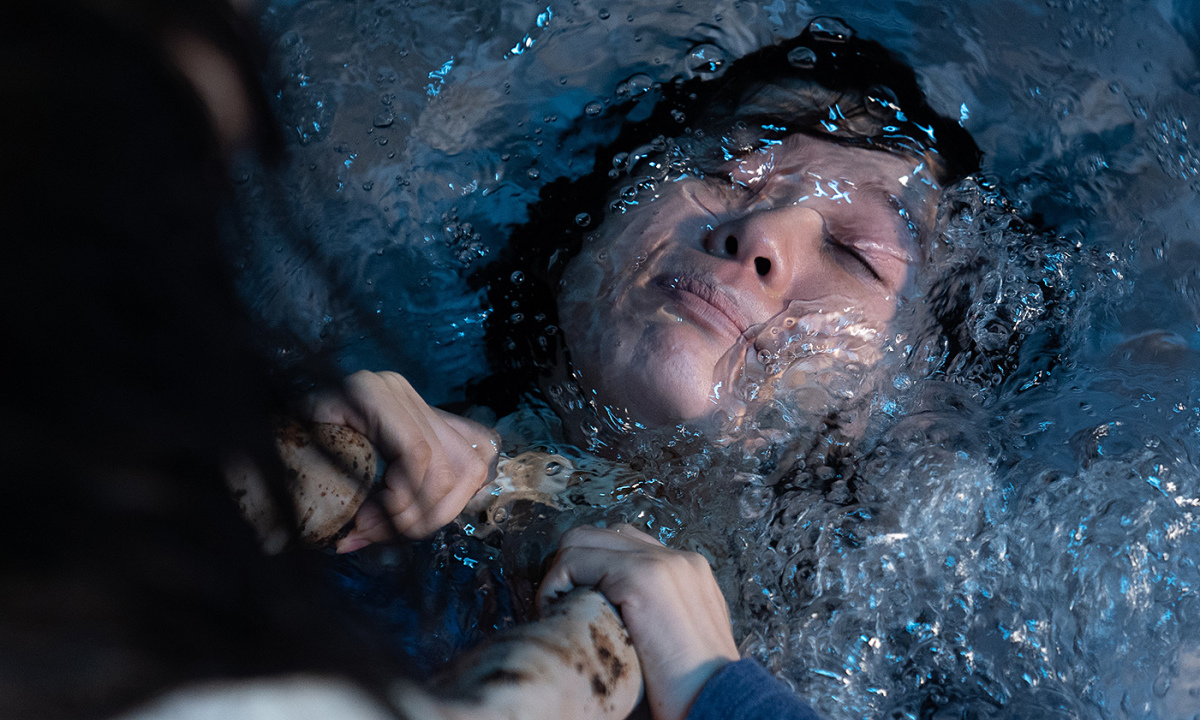 Vietnamese horror film “The Listener” has scary scenes that fall into the rut, reminiscent of international classics.

Director Khoa Nguyen’s debut work was released on March 4. The film premiered after a year delay due to the epidemic, gathering many names such as Oanh Kieu, Quang Su, Quoc Cuong… The film is also a project to reappear on the big screen after eight years of singer Pham Quynh Anh in a supporting role. .

Having a neat introduction, the film introduces the tragedy of An Nhien (Oanh Kieu) – a young writer. After finishing the novel Whisper, An Nhien is constantly haunted by a ghost named Le Van, causing her to panic and turn her life upside down. When she met Doctor Tuong Minh (Quang Su), she underwent many forms of psychotherapy. From here, the story of Le Van as well as the past many hidden corners of the characters gradually revealed.

Initially, the film created curiosity about the mysterious force. However, the work quickly lost its charm in the old image stage. The horror of the film is not much, mainly in the first half. The scare tactic evokes a cliché feeling with familiar motifs: a mysterious white figure slowly walks through the house, a cry resounds in a dark corner… In one segment, a ghost emerges from the glass. with long hair and ghostly hands, reminiscent of the classic scene in the work Ringu (1998).

The film revealed weaknesses in the graphic effects with the devil’s image. The work does not try to scare the viewer with jumpscare, but only uses the sensational element to emphasize after the psychologically heavy segments. The cinematography, the lack of cinematography, the lengthy dialogues made the work drag on for two hours.

In return, the film scored points in the round acting. The actors are not famous names, but they create sympathy through natural role-playing. Participated in costume roles in movies Da Co Hoai Lang, Co Ba Saigon, This time, Oanh Kieu plays the main character. The 33-year-old actor made his mark in scenes where the character An Nhien panicked because of ghost stories. At times, she was confused and lonely because she was suspected by those close to her.

An Nhien’s story is a journey to discover the hidden corners of people. The ghosts that haunt her are the emotions that surround her from the past. After an incident, An Nhien denied her loved ones, and then fell more and more into the quagmire of her own making. When going to the big screen, in most of the scenes, Oanh Kieu wears a bare face in order to achieve genuine expressions in the passages that go deep into the character’s mind. The role that helped Oanh Kieu win the award Excellent Actress (Best actress) in the Asian Cinematic Arts Film Festival 2021 – a cinema event that inspires and motivates new talents.

Quang Su plays the role of Tuong Minh – a doctor who is passionate about his profession, giving all his attention to patients. In an effort to help An Nhien solve the problems in his heart, he himself was entangled in tragedy after an event in the past. From the middle of the film, when the script circuit changes direction, Quang Su’s acting helps to maintain the dramatic atmosphere. Towards the end, when Tuong Minh realizes a mistake in his youth, the way the character expresses pain creates the feeling that he is both blameworthy and pitiful. The character Vy (Pham Quynh Anh) – An Nhien – has a scene that exposes the frustrations of a wife that is not shared by her husband.

Although the script is fragmented because it contains many stories, the film has a meaningful message. The three stories of the work all meet at one point: the character tragedy comes from not being understood. The ghost in the film represents the depressive syndrome that covers the lives of many young people in modern society. From there, the work conveys a warning: everyone needs someone to listen to. After three days in theaters, the film earned about two billion VND – according to Box Office Vietnam – because of competition with blockbusters The Batman.