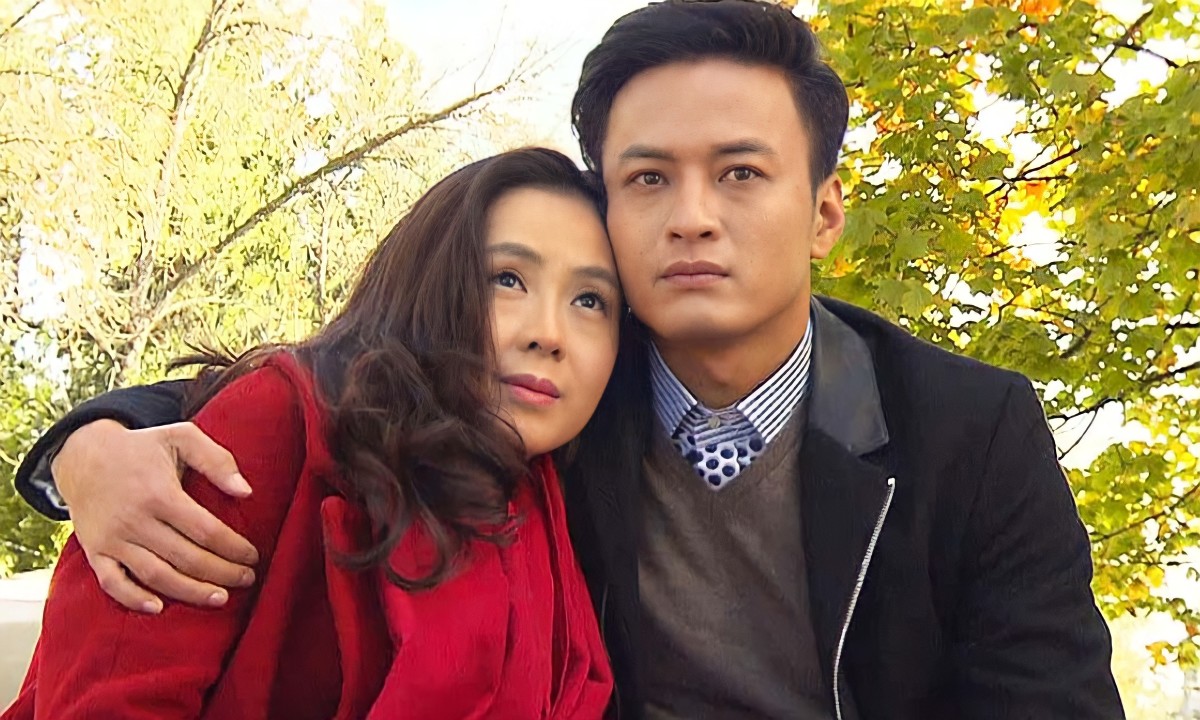 When filming “Moscow – The season of changing leaves”, director Trong Trinh heard the song “I asked the ash tree” and burst into tears.

The work was released in 2017 and was well received by the audience when it was replayed on television from October 28 to November 5. The second time watching the film, poet Le Tu Minh was touched when he looked back at the scene of Red Square, Lenin Hill, and Moscow metro station – typical locations of the city where he used to live. He called the film a romantic love song, reminiscent of Russia with beautiful landscapes and sincere people. Director Trong Trinh told many viewers that they cried because they were touched by the love story, and loved the Aries country even though they had never set foot in your country.

Director Trong Trinh told the script was edited by director Do Thanh Hai and screenwriter Trinh Khanh Ha many times, the last time on the plane, before shooting time. The crew are all people who love Russia and want to faithfully and vividly recreate life in this country. Four episodes are over four hours long, shot in 20 days. Despite working with high intensity, his spirit is always in a relaxed and distracted state when immersing in the Russian sky.

“I once went to Russia to perform in 1989, when I was 20 years old. Returning after many years, I feel that your country is more modern but has not changed much. Russian people are still warm and friendly. Every roof, every corner. The streets and trees all exude a poetic, meaningful, and gentle beauty like a picture. I think those frames evoke memories for the audience – those who have studied abroad or attached to Russian culture,” said the director. Trong Trinh said.

The song I asked the ash tree It is also an interesting highlight in the film, making the work softer, more romantic, in line with the Russian spirit. The song has been loved by many generations of Russian and Vietnamese audiences, again and again in many scenes, harmonizing the content. The song tells the story of a boy looking for the girl he loves, he questioned many things and phenomena, from the ash tree, the white poplar tree, the moon … but all received silence, finally he was known. she got married.

Moscow – The season of changing leaves There are similarities in the song when it depicts the love between Minh (Hong Dang) and Phuong (Hong Diem). They fell in love when they were students in Russia, broke up after Minh “did no sound” for seven years because of family events. Meeting their old love in Moscow, the two couldn’t stop their hearts from sobbing, but they met obstacles because Phuong was married, her husband happened to be Minh’s best friend. Many viewers said they were moved when they heard the song’s sad melody and immediately searched for information even though they did not understand Russian. During the making of the film, Trong Trinh listened to the song over and over again, many times bursting into tears of emotion. When filming the scene of Minh’s character reading a poem in the park, Hong Dang could not hold back tears.

The crew encountered many difficulties during the filming days in Russia in 2016. At that time, it was autumn, but the poplar trees in Moscow city had not yet turned yellow. The film crew had to move to Sergiev Posad – a famous tourist destination with Matrioshka dolls – where autumn came earlier, to shoot the desired frames. In public places such as subway stations, Red Square, the crew is only allowed to film for two hours.

Inclement weather in Russia also hindered the crew. For many days, the temperature dropped below 10 degrees Celsius, the actor could only stand outside for a while and then quickly returned to the car to warm up. Director Trong Trinh and some members got sick because of the temperature difference between inside and outside. Every day, they also travel hundreds of kilometers between scenes, facing traffic jams.

In addition to the background, music, and acting of Hong Dang, Hong Diem conquered the audience. Hong Diem subtly expresses Phuong’s unstable emotions – a woman with a dreamy soul, struggling between the vibrations of her first love and responsibility for her current family. Meanwhile, Hong Dang plays the role of a boy in love.

While Minh – Phuong’s character pair creates a poetic character for the film, Viet Anh’s German character reflects a realistic perspective on Vietnamese expatriates. Duc has a strong, rough personality, carrying the burden of “rice and money”. He dreamed of getting rich, worked hard in business but faced many difficulties because of “strange country”, being cheated of money. The scenes of Vietnamese traders took place at the Hanoi – Moscow multi-functional complex – where many Vietnamese used to do business and live.

“After all, the film conveys the message of friendship and beautiful love between people, especially those living abroad, reminding viewers to cherish the loved ones around them. I think that’s what create the value of the work,” said artist Trong Trinh.