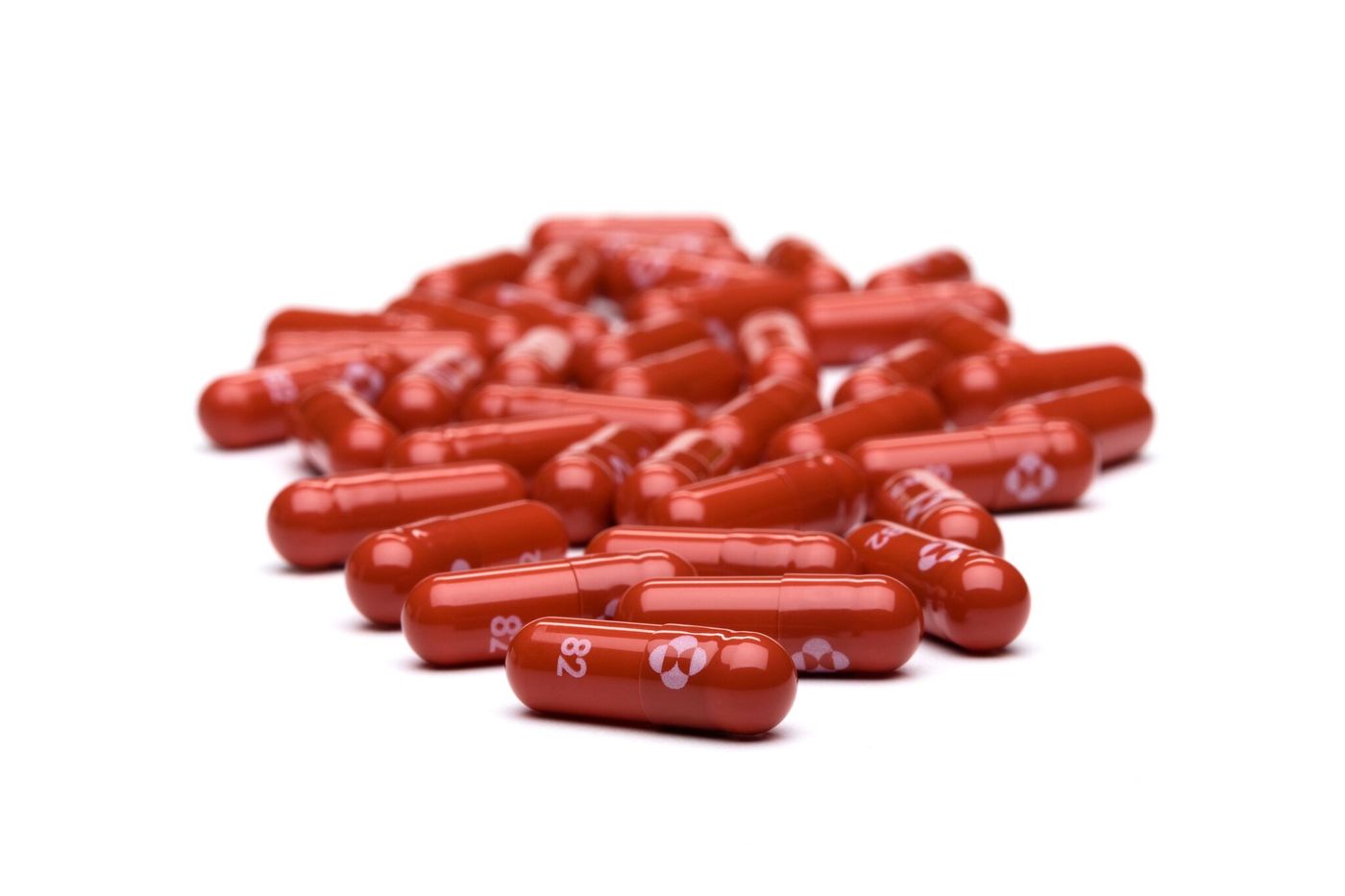 It is a small paragraph in a press release from the American pharmaceutical company Merck. While the preliminary results of the clinical trial with molnupiravir reported an efficacy of 50% against severe forms, it would drop to 30%, describes the manufacturer.

Molnupiravir, an oral antiviral against Covid-19, consists of two pills a day for five days, to be taken at the onset of symptoms to prevent progression to a severe form. It is a therapy and not a preventive treatment; the molecule is therefore not intended to replace vaccination.

An authorization in the United Kingdom

In its additional analysis, Merck took into account all 1,400 participants, all positive for Covid-19 and suffering from a mild to moderate form, while the preliminary announcements concerned only half of them. In the end, 9.7% of patients who received placebo were hospitalized or died, compared to 6.8% of those who received molnupiravir. All had at least one comorbidity and therefore a risk of developing a severe form of the disease.

→ EXPLANATION. Molnupiravir: What We Know About Merck’s Anti-Covid Pill

At Merck, clinical trials are continuing. At the European level, the Medicines Agency began evaluating molnupiravir, known under the trade name Lagevrio, at the end of November. A possible marketing authorization, or its refusal, should take place in the coming weeks. The UK has already cleared it for people with co-morbidities and on condition that it is taken very soon after infection.

In the United States, the authorities are studying the issue. A committee of American experts, in the purely advisory opinion, decided in favor of the antiviral, but with a short head (13 for and 10 against) and after nine hours of intense debate. Specialists are wondering in particular about this change in efficiency and how Merck analyzed the results of its clinical trial, reports the British Medical Journal.

In France, the government had ordered 50,000 doses of this treatment at the end of October. Praised many times by Olivier Véran and even Emmanuel Macron, during his speech on November 9, molpuniravir has not yet been deployed in France, for lack of authorization from the European or French authorities. The health ministry confirmed to The cross wait for a health notice. The contract with Merck also stipulates that the order will only be firm once the health authorization has been obtained.

The main unknowns relate to the long-term side effects of molnupiravir. This treatment is a nucleoside analogue, that is to say a molecule which blocks the replication of the virus by introducing copy errors. Some specialists are worried that the molecule could possibly create errors elsewhere than in the virus, with the risk of cancer in the long term in the event of high dosages.

On the virus itself, questions exist around the risks of promoting mutations and variants out of control. For the moment, scientific studies are lacking to conclude one way or the other.

Regarding pregnancy, the data converge on the other hand towards a ban on treatment. American experts concluded that the risk was not zero, and several other nucleoside analogues already deployed in France against hepatitis or HIV are not recommended for pregnant women. In its clinical trials, Merck has also excluded any woman of childbearing age who was not taking contraception. Male participants were also required to abstain from sex during and after treatment.

→ READ. Against Covid-19, the prescription of monoclonal antibodies extended

If it were to be authorized, molnupiravir would undoubtedly be severely restricted to populations that are rather very old and very at risk. Another antiviral molecule, Pfizer’s paxlovid, is also under investigation. At present, the only treatment authorized for Covid is the use of monoclonal antibodies, injected intravenously in the hospital. At the end of November, Olivier Véran announced that “ more than 7,000 French Had already benefited.