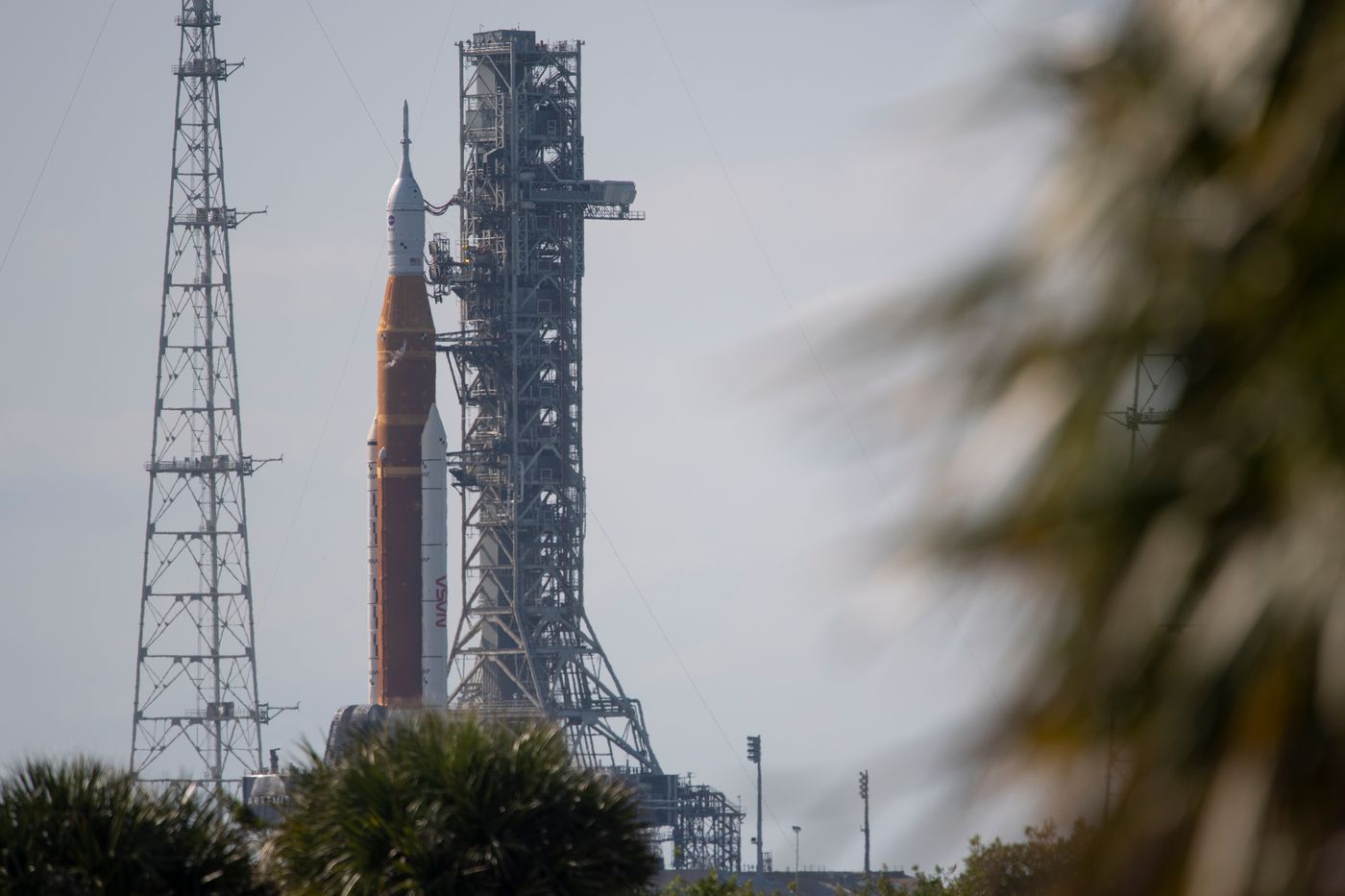 Better find out before the big day. After several technical problems revealed during tests, NASA’s brand new rocket, which is to carry astronauts to the Moon as part of the Artemis mission, is about to return to the garage for a minor overhaul, the agency announced. American space, Monday, April 18.

At the beginning of April, NASA began the general pre-take-off rehearsal for the Artemis 1 mission. Unmanned, this is the first mission of a program through which the United States intends to mark their return to the Moon, where they will intend to send astronauts by 2026. It was a question of “acting as if”, of reviewing all the stages before the real launch, stopping just before the ignition of the engines.

To cover the 384,000 kilometers and dust of the journey, NASA is counting on its new SLS (Space Launch System) rocket, a so-called “super-heavy” launcher, capable of carrying a large quantity of material far away. However, the rocket tests were strewn with pitfalls. Between capricious weather, valve problems and a traffic jam on the launch pads, the American space agency interrupted and then resumed the rehearsal several times. Scheduled to last forty-eight hours, it was spread over several weeks.

Return to garage for repairs

Alas, Monday, April 18, officials decided to completely cancel the tests. The rocket and the Orion vehicle, which will eventually transport the astronauts, will leave for the assembly hangar. The teams want to replace a faulty valve and take a closer look at a leak of liquid hydrogen at one of the service masts – the structures that bring fuel and oxidizer to the rocket before liftoff. “The leak was identified during tank filling operations and prevented teams from completing the test,” NASA detailed.

→ THE FACTS. Traffic jam on takeoff, at the American space center

Repairs should take several weeks. Then, it will be necessary to redo a dress rehearsal. As a result, the shooting window scheduled for June will undoubtedly be missed, and take-off could wait until this summer, or even September. The last human presence on our natural satellite dates back to 1972, with the Apollo 17 mission.