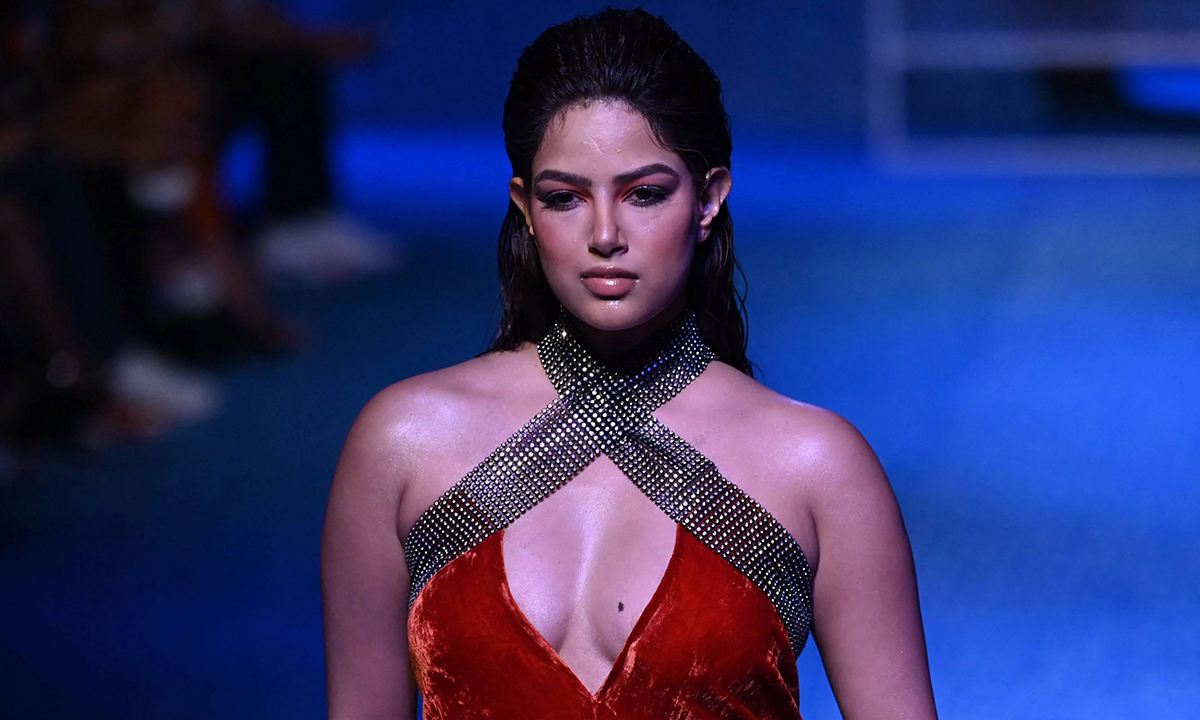 Harnaaz Sandhu, Miss Universer 2021, said she received many comments mocking her fat body but strong enough to face it.

On March 26, Indian beauties catwalk at a fashion show in New Delhi. Her figure has become a topic of discussion on many beauty forums and social networks in recent days. According to Hindustantimes, she received a series of comments mocking “fat, oversized, heavy”. Many people criticized Harnaaz Sandhu for letting himself loose, not maintaining his image while in the Miss Universe term. Some opinions suggest that the organizers should strip Harnaaz Sandhu of the title and promote the first runner-up to the position of Miss Universer 2021.

Harnaaz Sandhu once read comments mocking his appearance. She revealed that she has Celiac disease – an autoimmune disorder that starts when people consume gluten-containing products (proteins found in wheat, barley and many other grains, widely used in food processing). . The use of drugs and eating other food alternatives is the reason Harnaaz Sandhu gained weight.

Despite having troubles with health and weight, Harnaaz Sandhu is confident in himself, happy and grateful for the things life has to offer. According to Harnaaz Sandhu, one of the messages of the Miss Universer contest is to encourage women to see body positivity, empower them, and encourage them to be confident to do other things.

Harnaaz Sandhu said that the disparagement of other people’s bodies is quite common. She said above Hindustantimes: “I know a lot of people are making fun of me, it’s okay because that’s their way of thinking, thinking, and prejudice. But there are many other people who are also mocked every day, regardless of whether they are Miss Universer or not. “.

She believes that everyone has different beauty, whether they are fat or thin. The beauty said: “If you think I’m the most beautiful girl so I won Miss Universe, then you’re wrong. Maybe I’m not the prettiest girl, but I’m a brave and confident girl. I believe even though I am. chubby or skinny, that’s my body too, i love myself”.

Harnaaz Sandhu won Miss Universe in December 2021. At that time, her victory was appreciated by most of the audience because Harnaaz Sandhu had a beautiful body and face, and inspired behavior. Since the coronation, she has lived in the US, performing the term of beauty. In mid-March, she returned to India to participate in events in many provinces.