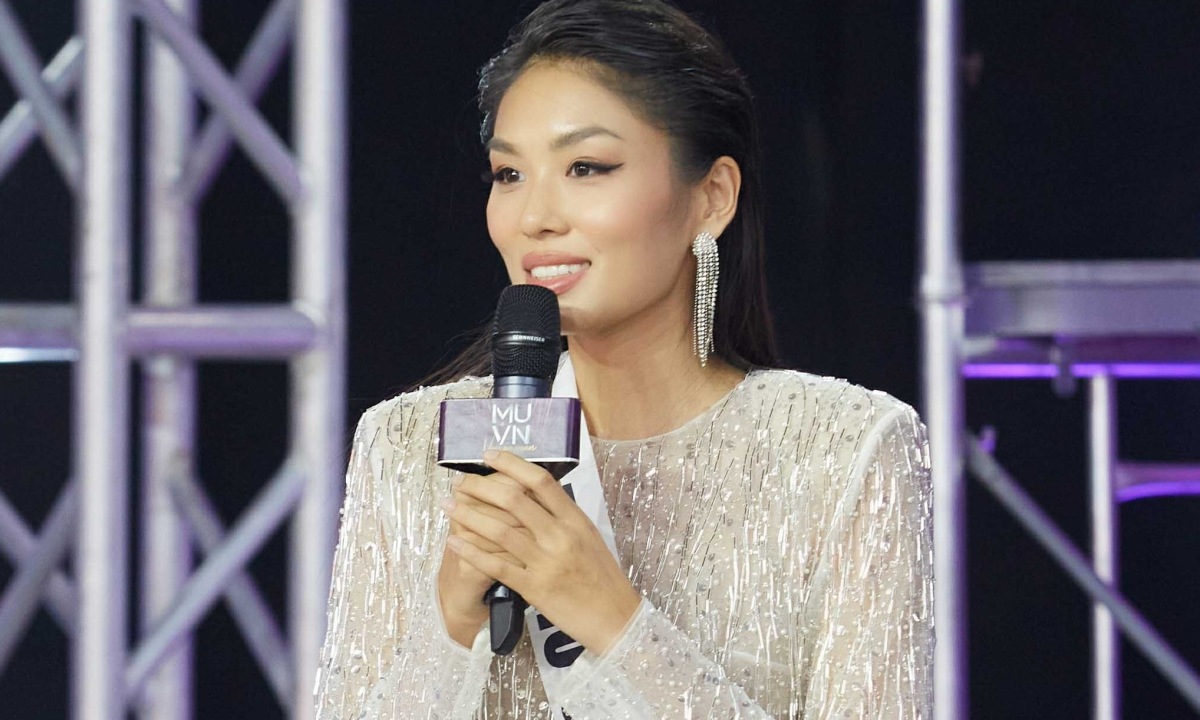 The match pair Le Thao Nhi and Nguyen Hoang Yen received the topic Identity crisis (Crisis of identity). Le Thao Nhi said she was confused about whether she was a German or Vietnamese girl because she was born abroad. Over time, she realized it was important to create value for herself, to live the way she wanted. Nguyen Hoang Yen talks about the experience of going to 13 countries and meeting many people. She wants to help those in need – also the reason for coming to the contest. Judge Vu Hoang My evaluated the responses of the two contestants fiercely. As a result, Le Thao Nhi brought the first score for Kim Duyen’s team.

With topics Courage to change (Courage to change), Huynh Pham Thuy Tien (Kim Duyen team) tells the story of weighing 90 kg and being disparaged for his appearance. She had the courage to change, to overcome fear. Vu Quynh Trang (Mau Thuy team) said that she once canceled projects on face-to-face education to organize online communication skills classes to support the Covid-19 vaccine fund, sending the message “Standing together”. Come on, we can do anything.” As a result, Thuy Tien won.

Nguyen Anh Khue was the one who helped the Mau Thuy team regain their spirits with a convincing victory over Do Nhat Ha. “Liberating yourself means overcoming prejudices that prevent you from being yourself” is the message she conveys through the topic. Free Yourself (Free yourself).

The match between Nguyen Thi Phuong Thao – Do Trinh Quynh Nhu has an inconclusive competition through the topic Using Social Media Effectively (Use social media effectively), causing the judges to give both of them the same score. Nguyen Thi Phuong Thao said she has learned a lot from social networks. Do Trinh Quynh Nhu believes that social networks are the foundation to help people overcome difficulties amid Covid-19.

The remaining contestants, in turn, surprised and delighted the judges with their key words Work – Life balance (Work-life balance), Make it possible (Makes possible), Great Opportunities (Great opportunity), Climate Change (Climate Change), Year of Healing (Year of healing). Nguyen Thi Huong Ly was the only person to be given a book by judge Natalie Glebova because she liked the answer so much.

However, many candidates expressed confusion and lack of confidence when they had to use English. “Volleyball Miss” Dang Thu Huyen – the face who received the golden ticket in the casting round – made judge Ha Anh have to encourage her because she lost her energy. Contestant Le Thi Truc Dao was reminded by Mau Thuy to try harder, if not ready, she should give the opportunity to others.

In the end, the Mau Thuy team won, preserving the team members. Kim Duyen must select 10 candidates to enter the evaluation room and eliminate.