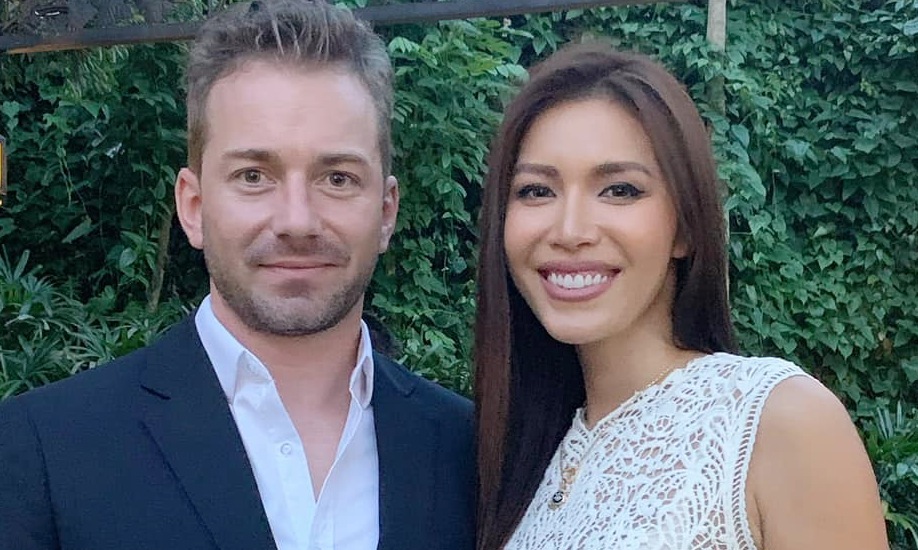 Minh Tu publicly has a German boyfriend, has known each other for nine years, broke up and then mended.

On the evening of December 30, Minh Tu posted on his personal Facebook a photo taken with his boyfriend with the caption: “Nine years of ups and downs, separation, reunion… all kinds of emotions, the most important thing is that we are now. really bonded together.”

Minh Tu’s boyfriend is named Chris, born in 1981, German but has lived and worked in Asia for more than 15 years. He is an office worker in a multinational company.

Minh Tu and Chris have known each other since 2011, dating in 2012, after a while they broke up. In 2018, after the Miss Supranational competition returned, Minh Tu was sitting at a cafe waiting for a friend, then he happened to meet Chris again. They resumed their relationship as friends. After a long enough time to listen, share, and understand, the two decided to love again from the beginning.

Minh Tu said: “This is also the right time to share joy and information to everyone. Thank you for all the congratulations and happiness.”

On his 30th birthday on November 14, Minh Tu posted a photo of a man hugging and kissing, but his face was not visible. She wrote: “30 years old will surely be over. Happy 30th birthday to me”. Many friends, colleagues and fans congratulated her, but she did not confirm it at the time.

Minh Tu is inherently secretive in love affairs. Previously, she only admitted to dating rapper Andree but broke up, they are still friends. Recently, Minh Tu often opens up about love. Nearly a month ago, before the final night of Miss Grand International 2021, Minh Tu said “if the representative of Vietnam entered the top 3, he would get married”. After Nguyen Thuc Thuy Tien was crowned, many people expected Minh Tu to keep his promise.

Minh Tu was born in 1991 in Ho Chi Minh City, won the silver prize of Vietnam Supermodel 2013. In 2017, she won runner-up Asia’s Next Top Model, become a coach The Face Vietnam, examiner The Look Vietnam… In 2018, the beauty won the title “Miss Supranational Asia”. In 2020, she worked as a trainer for Asia’s Next Top Model. Recently, she participated in acting through projects miss gangster (2019), Godfather (2021).