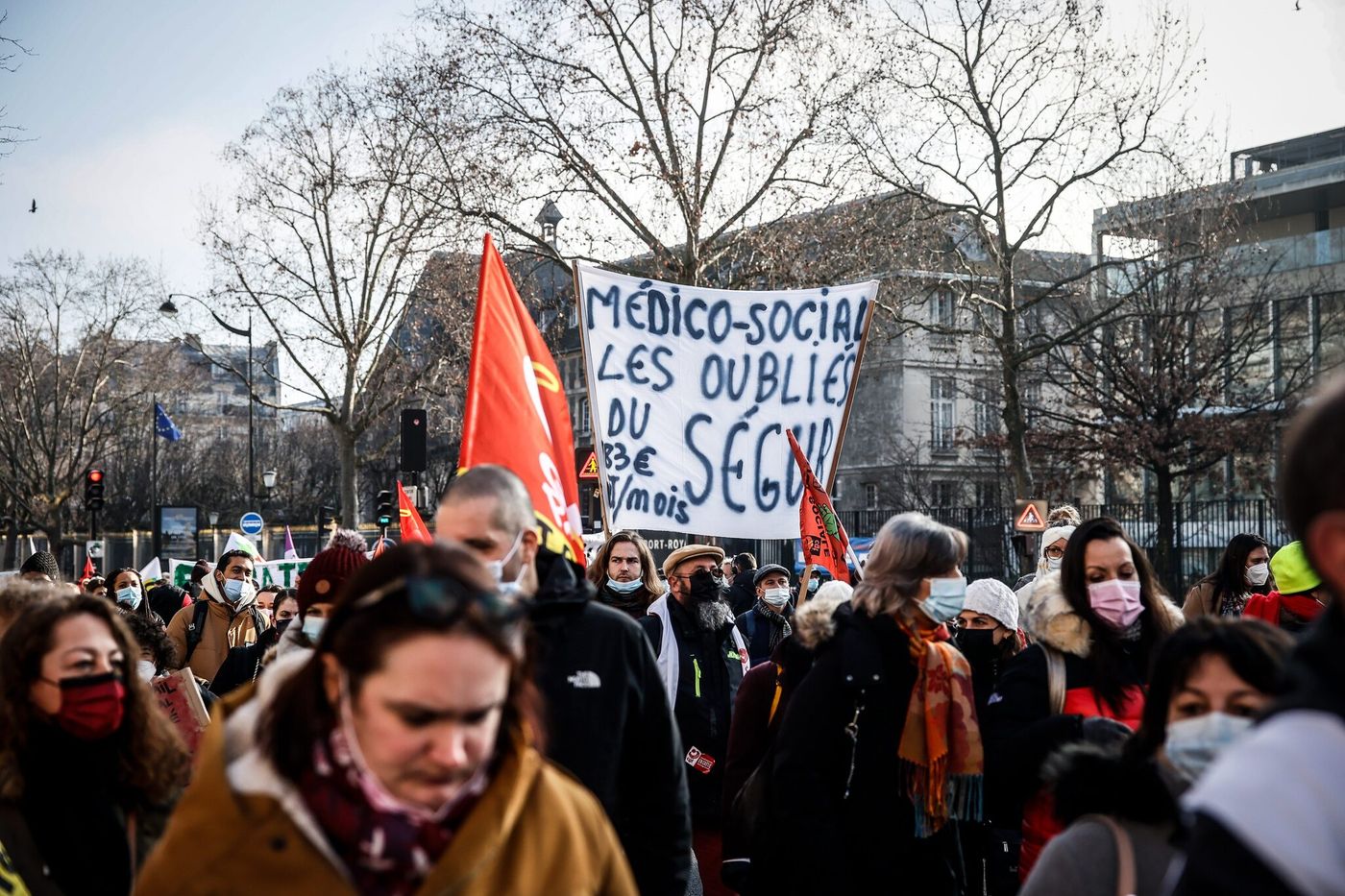 They are psychologists, specialized educators or social workers, and claim the same salary increases as those granted to their caregiver colleagues. Social and medico-social employees, serving disabled people or children in difficulty, are called to strike this Tuesday, January 18 to denounce a “tiebreaker”.

→ REPORT. Due to lack of staff, disability structures reduced to a minimum service

From 450,000 to one million professionals, employees of the hospital and territorial public services or the private sector, are concerned by this situation, explained Monday during a press conference the representatives of an inter-union CFDT-FO-UNSA. These are non-medical staff – including administrators and technicians – employed in establishments or services that take care of the elderly or disabled, vulnerable children or adolescents, or the homeless.

[GRÈVE]
Mobilization day this #18jan2022#And U.S
The signatories of Segur call for mobilization so that the @governmentFR honor their commitments! The social and medico-social sector is going through an unprecedented crisis! Time is running out to provide solutions! pic.twitter.com/0OQKKivlnU

“They are disgusted by the lack of recognition”

“Differences in treatment according to socio-professional category in the same establishment or the same service are not acceptable”, summarized during the press conference Nathalie Pain, of the CFDT Health / social.

Pay increases of €183 net per month were granted in the summer of 2020 during the Ségur de la santé to hospital and retirement home staff. But they have only been extended gradually and partially to other sectors, leading to a drain of skills for the better paid sectors and significant recruitment difficulties, denounce the unions. “It’s a fairness issue. Some professionals resign, they are disgusted by the lack of recognition of their profession”, underlined Didier Birig, of FO.

Last November, Prime Minister Jean Castex announced that a “conference of social and medico-social support professions” would be organized before January 15. However, this conference was then postponed during the first quarter, on an unspecified date, further fueling the anger of the unions. This consultation will finally take place on February 18, we learned Monday from a government source.