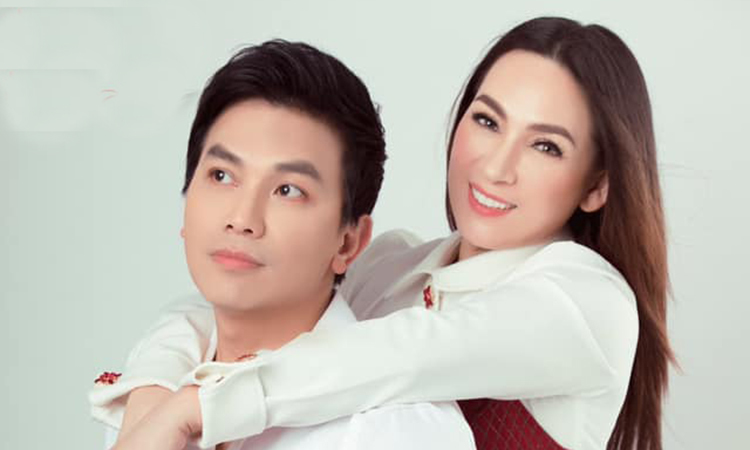 When she heard that Phi Nhung had died at the age of 51 in Ho Chi Minh City, Manh Quynh said she was so sad that she didn’t want to eat or drink, just had time to ask an acquaintance to change the black background on her personal memorial page, then lay flat. On September 29, he wrote four verses: “The person who paid it off and then owed it to anyone / Gently and peacefully in the heavenly place / How much love and miss the person left me / I sing the song of melancholy”.

On September 26, when Phi Nhung had just undergone surgery during Covid-19 treatment, he prayed for good things for her. Manh Quynh said he and Phi Nhung went on a live show to celebrate their 20th duet together, intending to film in California last August. In addition, the singers also plan to hold two shows in Hanoi and Ho Chi Minh City. However, the epidemic broke out, so all plans stopped. “When Nhung contracted Covid-19, I could only pray every day and hope everything will be fine,” he said.

Previously, when she heard that Phi Nhung was hospitalized, the singer reminded her friends to try and fight the disease as she lived. He once said that the two owe each other the remaining half of their artistic life.

On the YouTube channel, the reformed artist Hong Loan revealed about the disappointment of singer Manh Quynh when “single friends” on the show in Washington DC (USA) on September 26 (local time). This program had the participation of Phi Nhung and was scheduled in advance, but had to change the entire poster and ask Huong Thuy to sing instead. While introducing Huong Thuy, Manh Quynh mistakenly said Phi Nhung. “I witnessed it but was also moved. Manh Quynh must be familiar with Phi Nhung, so he made a mistake,” said Hong Loan.

Around the end of 1998 and the beginning of 2000, in the CD Farewell to the century, Manh Quynh has a duet with Phi Nhung for the first time Even though you are poor (To Thanh Tung). The harmony in the popular performance style and lyrical voice of the two artists helped them become the “golden duo” of the lyrical music industry for a decade. Both are remembered by the audience through good duets such as: Rekindling old love (Ngan Giang), I’m back (Ha Phuong), Life holding the song (Huynh Anh)…

Because they often perform love on stage, they are paired by the audience. Phi Nhung has a biological daughter in the US, also once teased as “the child of Manh Quynh”. The two always claim to be just good friends. Manh Quynh said his wife was not jealous when he was close to Phi Nhung. And Phi Nhung is always worried about the life of her “musical soulmate”. She is afraid that her close friends will easily be disturbed when they go to acting, in front of female fans, affecting family happiness. Manh Quynh cares about the health of the “stage lover”. He once said: “Phi Nhung is also old now, but she is eager to work, go to acting, sometimes she doesn’t have time to rest. If Nhung has any destiny, Quynh knows who to live with.”

The close friends of the Vietnamese music industry used to inevitably quarrel and get angry, but they always stood side by side over the past 20 years of duet. Manh Quynh knows how to yield and pamper her co-stars on stage, which makes Phi Nhung impressed in the first meeting. Knowing that close friends often forget words, he often “reminds tuong”.

In the last months of her life, Phi Nhung was active in the domestic entertainment industry, and Manh Quynh often returned home to sing. They are often invited to perform together in major music programs and judge contests about Bolero.

Singer Phi Nhung died at 12:15 pm on September 28, after more than a month of treatment for Covid-19, at Cho Ray Hospital. She was born in 1970, from Gia Lai. In 1989, she went to the US, sang charity at the temple and succeeded in the overseas music village. In 2005, Phi Nhung returned to the country, still pursuing the country’s music. VoiceCork Cottonadopted many orphans, including sponsored The Voice Kids 2016 champion – Ho Van Cuong – studied until the age of 18.