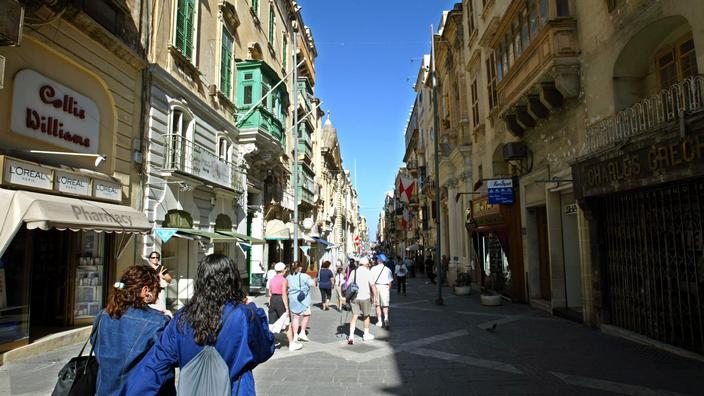 On the issue of reimbursement of tourists for reservations for transport and accommodation tickets, no communication has yet been made by the government.

Malta will close its borders to unvaccinated travelers, starting Wednesday, July 14. An emergency measure taken by the government to curb an upsurge in new cases of Covid-19. But this decision taken this Friday with almost immediate effect calls into question the departure on vacation of many French people.

Frédéric, 45, was to leave with his family from August 10, but the trip promises to be impossible since his mother, having contracted Covid-19, was unable to receive a second dose of the vaccine. Malta considers that a complete vaccination schedule presupposes two doses of vaccination. Travelers whose EU digital covid certificate indicates that they have tested positive and then had a single dose of vaccination will therefore not be allowed to enter the country. An aberration according to him. “ This is not normal. This shows that the European health pass is useless since it is no longer even sufficient to go to Malta. », He laments. With his family, they had spent a budget of 2,500 euros for six days and will not be able to reschedule a vacation until they are reimbursed.

On the issue of reimbursement of tourists for reservations for transport and accommodation tickets, no communication has been made by the government. “ For the moment, no protocol has been put in place on the reimbursement of the tourists concerned but it is not impossible that this happens since it is a government decision. “, Highlights the French Embassy in Malta.

To see also – Summer holidays: “Reimbursement is necessary” only if the borders are closed

On Air Malta’s side, the chosen policy is very clear. Travelers who have paid for a more expensive ticket including reimbursement insurance will be paid. For others, this will not be the case. “ With the coronavirus crisis, most customers buy tickets with the assurance of being reimbursed. Very few don’t take it », Claims the airline.

This measure of closing the borders to unvaccinated people was put in place to limit the spread of the coronavirus on the island. On June 27, she had not registered any new cases but on Friday health authorities identified 96, 90% of which were unvaccinated. A large number of cases have been detected during language trips and the schools, which attract students from all over the world each year, will close as of July 14 as well.

Read also :How Malta wants to bring tourists back to its hotels

The government had however multiplied initiatives to attract tourists. The Minister of Tourism had launched a recovery plan of 20 million euros including, in particular, support for professionals in the sector but also financial assistance of up to 200 euros for foreign visitors. “ We chose Malta precisely for its very attractive tourism plan and because there are no restrictions on the spot with the opening of clubs and bars. I am very disappointed with this policy change », Bitterly regrets Baptiste, 19, who had planned to leave for a few days with friends at the beginning of August. Not wishing to be vaccinated, he will therefore not be on the trip …