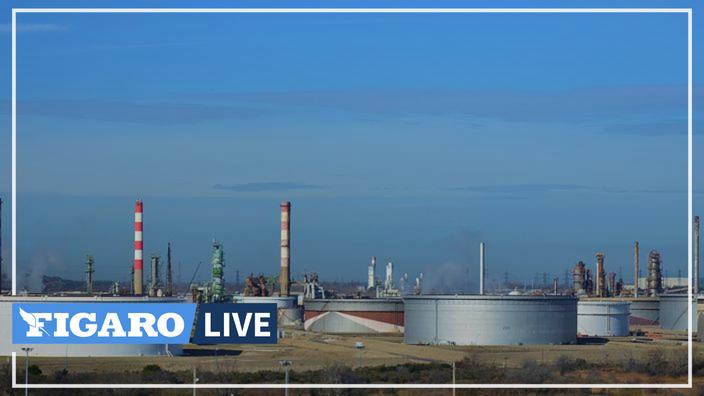 After having significantly slowed down production during the Covid-19 crisis, the organization of producer countries is gradually reopening the floodgates.

Members of the Organization of the Petroleum Exporting Countries (OPEC) and their ten allies through the OPEC + agreement reached an agreement on Sunday to continue to modestly increase their production from August, OPEC announced, after the failure at the beginning of the month. The agreement calls for the 23 members of the Opep + group to increase their production by 400,000 barrels per day (bpd) each month from August, to help fuel the global economic recovery as the pandemic abates, he said. ‘Opep in a statement following a videoconference meeting. The organization “will assess the evolution of the marketIn December, added OPEC, headquartered in Vienna.

The agreement reached on Sunday also postpones the deadline for the production cap from April 2022 to the end of 2022. A first meeting scheduled for early July around this agenda had to be canceled due to a disagreement between the United Arab Emirates and the rest of the alliance on a technical point: its reference production volume.

This threshold fixed on October 2018 corresponds for Abu Dhabi to 3.17 million barrels per day. It does not effectively reflect the country’s full production capacity, which rose to more than 3.8 million barrels per day in April 2020, on the eve of the cartel’s drastic cuts. Sunday’s discussions led to a compromise, according to which the UAE’s production quota will be raised to 3.5 mbd in May 2022. The quotas of several other countries will also be adjusted: Iraq, Kuwait, as well as than Saudi Arabia and Russia.

Saudi Energy Minister Abdelaziz bin Salman declined to say how these new quotas were set, saying it was part of the “search for consensus“. “Today’s meeting confirms once again our desire to be constructive and to find a consensus.“, Reacted for his part Russian Deputy Prime Minister Alexander Novak, on the Rossia 24 channel. According to him, this increase will allow Russia to produce 21 million tonnes of oil more in 2021 and 2022.

The cartel’s goal is to return to pre-pandemic production levels, as the alliance is still pumping 5.8 million bpd less. The strategy that prevailed on Sunday is part of what has been the strength of the cartel’s policy since May: gradually reopening the black gold tap after having tightened it very strongly at the start of the pandemic in the face of dying demand. With some success in terms of prices – from the producers’ point of view – since they have climbed. Oil prices, already declining amid concerns about the global economy, had indeed collapsed in April 2020 with the spread of the coronavirus which has challenged global consumption, transport and supply chains.

The Opep + alliance committed in April 2020 to voluntarily withdraw 9.7 million barrels per day from the market and then gradually reintroduce them by the end of April 2022. This deadline was finally postponed by several months, until December, because it appeared short at the current rate of reopening of the valves, slowed down several times because of the upheavals of the health crisis.

OPEC + is also faced with a complex equation, between a recovery in demand although still fragile, a probable return in the medium term of Iranian exports and high prices which are causing the dissatisfaction of certain large importers such as India. OPEC + country ministers have met frequently since spring 2020 to assess the state of the market. Their next meeting is scheduled for September 1, according to the OPEC statement on Sunday.

The deal reached on Sunday was expected by analysts because “a flurry of talks took place on Saturday in an attempt to bridge the disagreementHerman Wang, energy industry specialist at S&P Global Platts, said in a tweet.