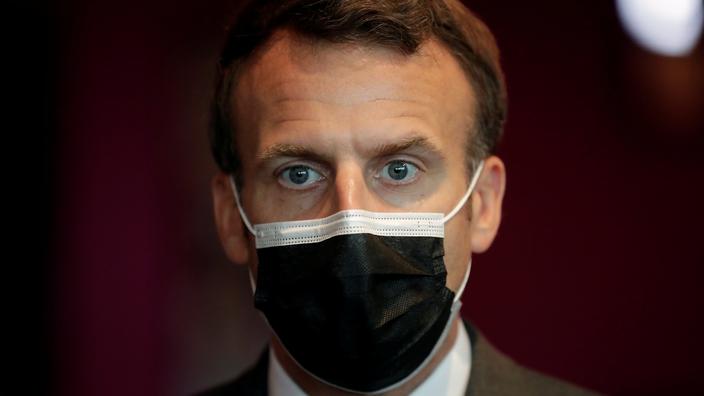 The project, launched in June 2019, aims to build “a benchmark training structure in public health”, according to the President of the Republic.

French President Emmanuel Macron announced Monday, on the occasion of the WHO Assembly, that the World Health Academy, intended to “become the benchmark training structure in public health”, Would open in Lyon in 2023.

Read also :Covid-19: Does the WHO really have the means to investigate the origin of the virus?

The project of this academy was launched in June 2019, before the start of the Covid-19 pandemic, in order to “train public officials, business leaders and the driving forces of global civil society in global health issues“.

“Two years later, I am very happy to announce, with you dear Dr Tedros Adhanom Ghebreyesus (Director-General of WHO), that the World Health Academy has been launched”, Declared the French president in an address diffused online at the beginning of the 74th World Health Assembly, which is held in Geneva until June 1st.

“France has pledged to invest more than 120 million euros in it (…) Its doors will open in Lyon in 2023, but it will offer a first online training catalog this summer.“, he added. This WHO structure, partly funded by local communities, will be located at the Gerland biotechnology research center, which houses the International Cancer Research Center and pharmaceutical groups such as Sanofi. According to the WHO, the need for training is immense since, according to it, there will be a shortage of 18 million health workers by 2030, especially in the less wealthy countries.

Read also :Taiwan castigates Beijing for keeping away from WHO Assembly

For Emmanuel Macron, “the current pandemic, with its train of disinformation, has allowed us to see the importance of science and robust health systems“. “Access to scientific data, reliable information, training for the general public and health personnel are essential in the current fight against the pandemic. They will be at least as important in the face of all the shocks that we are sure to experience in the years and decades to come.“, according to him.

The French Head of State reaffirmed the need to strengthen, by reforming, the WHO, which “must be both robust in times of crisis, agile enough to react in an emergency, solid in the face of controversies, completely transparent to inspire confidence, with clear and transparent governance so as not to be subjected to any diplomatic pressure and which cannot be suspected of any pressure like this“.

The WHO has been criticized since the start of the pandemic, in particular by former US President Donald Trump who considered it too influenced by China.

SEE ALSO – Covid-19: Emmanuel Macron announces the creation of the status of “Death for the service of the Republic” for caregivers