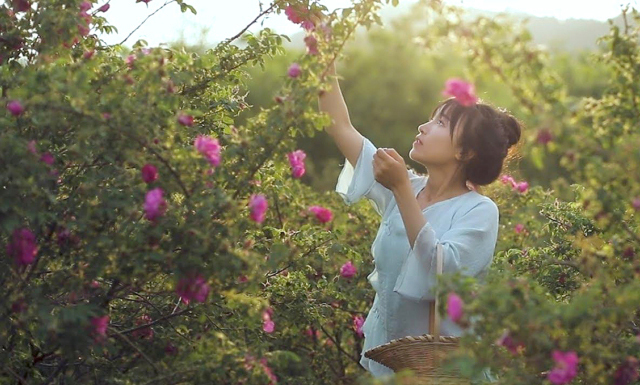 ChinaLy Tu That said that she had asked her lawyer to handle the news that she had to change her name and stopped working on social networks.

On the afternoon of April 30, after nearly a year of absence on Weibo, Ly Tu That posted a new photo along with a photo of the announcement that her lawyer wrote. She left a comment, “Not only did I not change my name, but I am also protected by the law. I hope the audience is not deceived when reading rumors, not deceived by impersonated accounts.”

In addition, many Douyin accounts (Chinese domestic version of Tiktok) use the name and photo of Ly Tu That as their avatar and use her video to attract views. Ly Tu That’s side asked these people to change their names and photos to avoid misleading the audience.

Ly Tu That has been in hiding for almost a year because of a lawsuit with Luu Dong Minh – who discovered Ly Tu That, as well as the founder of the Weinian company, helping her promote country videos. After Tu That became famous, the two sides cooperated to launch agricultural products. Last year, due to a conflict, she wanted to go out on her own.

But, Tu That encountered many difficulties because her brand was owned by Weinian. She is also not a shareholder in Weinian, which is valued at more than 5 billion yuan ($773 million). The trademark lawsuit of Ly Tu That received great attention from both the business world and the audience. To date, both sides have not announced the outcome of the lawsuit.

According to data analysis firm Caasdata, because there are no new works, nearly a year ago Ly Tu That lost more than a million fans on video platforms. During her absence, many people emerged thanks to country video production.

Above Xinhua last year, Ly Tu That once said that he does not feel pressure when more and more people make videos of rural life. On the contrary, she supports them because “a hundred flowers bloom is springtime”. The beauty said that after the lawsuit, regardless of the outcome, she continued to compose videos.

Ly Tu That was born in poverty, used to roam the streets, sleep under bridges. Since 2016, she has posted videos on Weibo, attracting fans thanks to the poetic four-season scenery, meticulous cooking methods… Her works have a clear resonance with birdsong, flowing water and the scenery of four seasons. season in the countryside. Tu That also promotes traditional culture and cuisine, encourages a lifestyle close to nature, and limits the use of plastic.