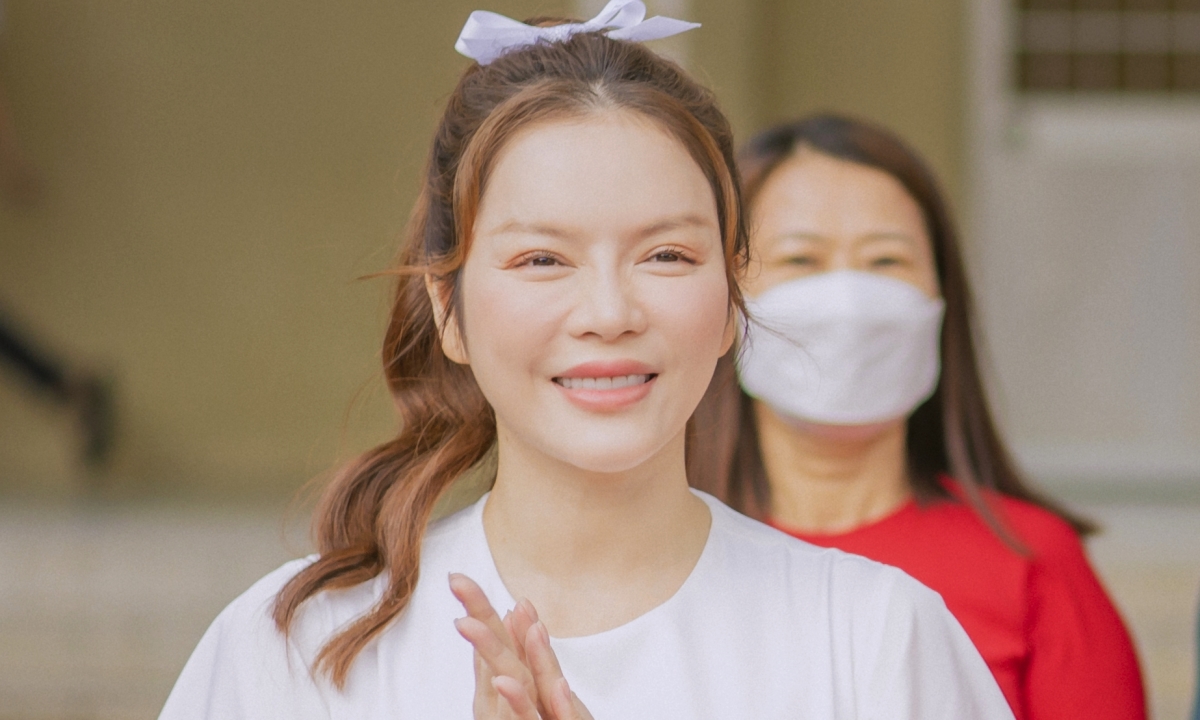 The beauty said she was nervous because it was nearly two decades before she returned to school. Ly Nha Ky wore a simple dress, her hair tied up in a high ponytail appearing in the welcoming applause of many people.

After attending the flag-raising ceremony, she awarded 20 scholarships to excellent students of the school, totaling 100 million VND. The beauty said: “I hope to be able to encourage them to pursue their dreams to the end”. Ly Nha Ky expressed her wish to maintain the scholarship 50 years later or until it is no longer possible.

The actor was touched when he met his old teacher and reviewed old stories. She said: “Looking at the children, I remember my white shirt. I am very grateful to my teachers. They are like my second parents, not only teaching me knowledge but also helping me become a person.”

Ly Nha Ky then stayed to take pictures and sign autographs for the students. She visits several classes to rediscover what it feels like to be a schoolgirl. After finishing work, she returned to Ho Chi Minh City to prepare for another schedule.

She was born in 1982 in Vung Tau, is an actress, film investor, famous for her roles in Beautiful women and giants, Love lasts forever, Unseasonal wind, Cold summer… She was the Ambassador of Vietnam Tourism for the 2011-2012 term. In March, she announced her own program Get rich with auntie with the purpose of supporting capital for poor workers to do business and start-up. On April 22, the actor will release a movie Third person – marks a return to acting after 10 years.