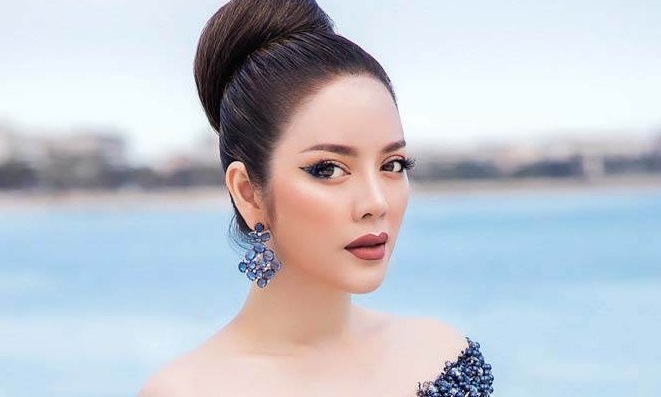 The beauty has been to Cannes four times, in 2015, 2016, 2017, 2018. In 2019, she missed the last minute due to busy filming a movie project. Third person with actor Han Jae Suk. In 2020, the film festival will not be held due to Covid-19. Last year, the beauty was invited but could not go due to the current epidemic situation in the country. This year, back on one of the biggest red carpets on the planet, she invested in costumes and crew.

On May 15, Ly Nha Ky canceled her scheduled trip to France to attend the opening of Cannes to spend time promoting the movie she produced, starred in, and premiered on May 13. On May 18, she went to France to start activities.

Cannes is a prestigious film event in the world, first held in 1946 in France. The 75th Cannes Film Festival will take place from May 17 to 28. Last year, the most important prize – the Palme d’Or – was awarded to the work Titane.

Ly Nha Ky was born in 1982 in Vung Tau, is an actress, film investor, businessman. She is known for her roles in Beautiful women and giants, Love lasts forever, Unseasonal wind, Cold summer… She served as Vietnam Tourism Ambassador for the 2011-2012 term.