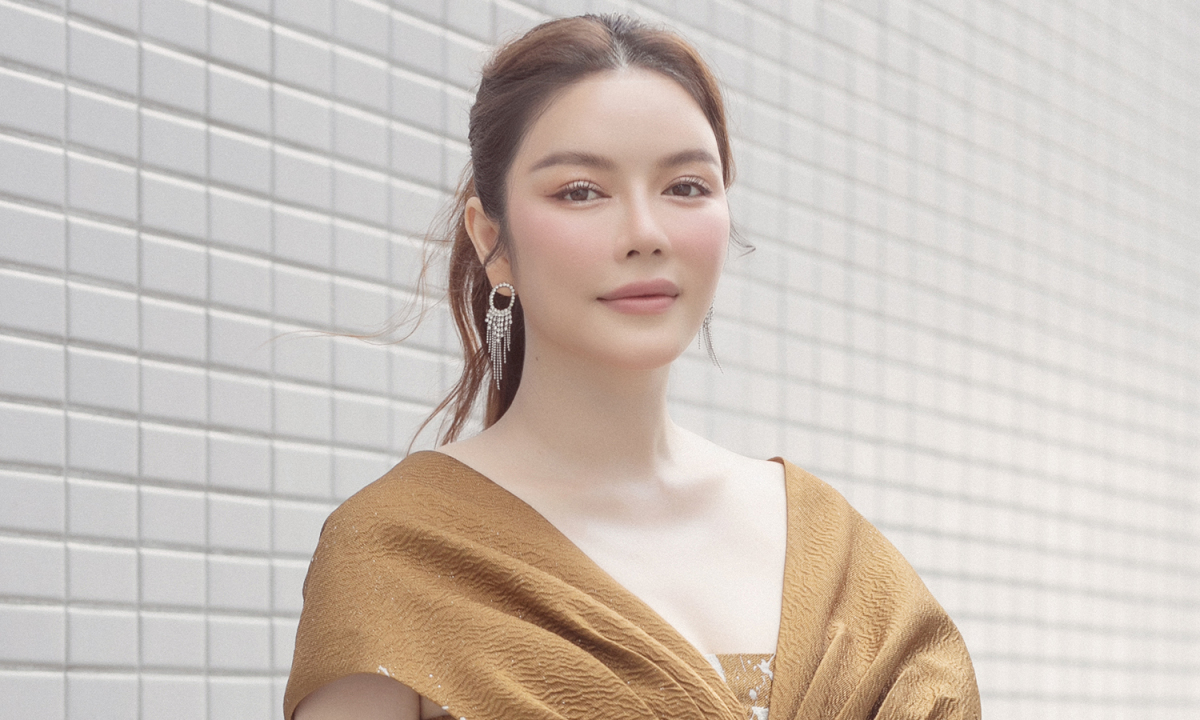 Ly Nha Ky announces movie Third person (former name was ) Heaven) – the movie she invested 33 billion dong and starred in – in Ho Chi Minh City on the afternoon of April 25. The beauty had a problem when she broke the film’s nameplate in the photography area. She joked that from filming to debut, the project was still struggling.

The actor said that although the work has completed post-production, she is still not satisfied with the quality. “If I had to give it a grade, I think I’d only get a three because I’m still behind in acting The beauty and the rich (in 2008),” she said.

According to the actor, there are many factors that make the film not as perfect as expected. Ly Nha Ky was born with a natural lisp, while in the new movie, she recorded her voice directly on the scene, so the radio is still poor. From the time she agreed to participate in the project until the filming began, it was only two weeks, which was not enough time to practice dialogue and acting. When filming, due to distraction with the role of the producer, many times she felt that her acting was not genuine.

She said: “I don’t expect much in terms of revenue. I told the media team that there’s no reason to say that about the movie, don’t use tricks. I’m afraid that the audience will spend money on tickets and be disappointed because the PR team is too much.” .

Starting in 2018, the project marks the first time that Ly Nha Ky has paired Han Jae Suk – a movie actor Glass shoes. At that time, Ly Nha Ky joined as an actress. A week after the film started shooting, the producer said it was having financial difficulties. Filmed 30%, the project fell into a dead end due to lack of capital. At the request of the investor, Ly Nha Ky spent nearly seven billion dong so that the film could continue filming. However, seeing that the revenue and expenditure situation of the producer was not transparent, she decided to stop pouring capital. After the film was filmed at 70%, it “disbanded” the crew because there was no money to make, actor Han Jae Suk and the Korean crew had to return home.

In 2019, Ly Nha Ky negotiated with the old manufacturer, spent another 26 billion VND to buy the whole project. After making an agreement with the actress, in May 2019, Han Jae Suk returned to Vietnam to shoot the remaining 30% of the scenes.

Ly Nha Ky faced many difficulties in the process of continuing the project’s production. In the past, some people on the costume team sold clothes and accessories of actors in the market to make up for their losses. When filming resumed, she had to ask someone to go to the store to buy it back. She felt comforted because she received support from the Korean crew. After the film was filmed, in 2020, director Park Hee Joon continued to go to Vietnam, staying at a hotel every month to do post-production. Han Jae Suk spent more time filming because he wanted to focus on the role.

In the premiere on the afternoon of May 25, the Korean crew did not attend because of the epidemic situation. Han Jae Suk filmed a video to wish the movie success.

The film revolves around the story of painter Quang Kha (Han Jae Suk) and doctor Thien Di (Ly Nha Ky). An accident caused Thien Di to suddenly die, Quang Kha experienced a great shock, looking for ways to see his wife again. He discovered that he could communicate with a character living in the past through a purchased laptop. He decided to ask that person to help stop the accident that took his wife.

The film is Ly Nha Ky’s big screen comeback project after 10 years, since Cold summer (directed by Ngo Quang Hai). She was born in 1982 in Vung Tau, is an actress, film investor, businessman. She is famous for her roles in Beautiful women and giants, Love lasts forever, Unseasonal wind, Cold summer… Besides acting, she served as Vietnam Tourism Ambassador for the 2011-2012 term.