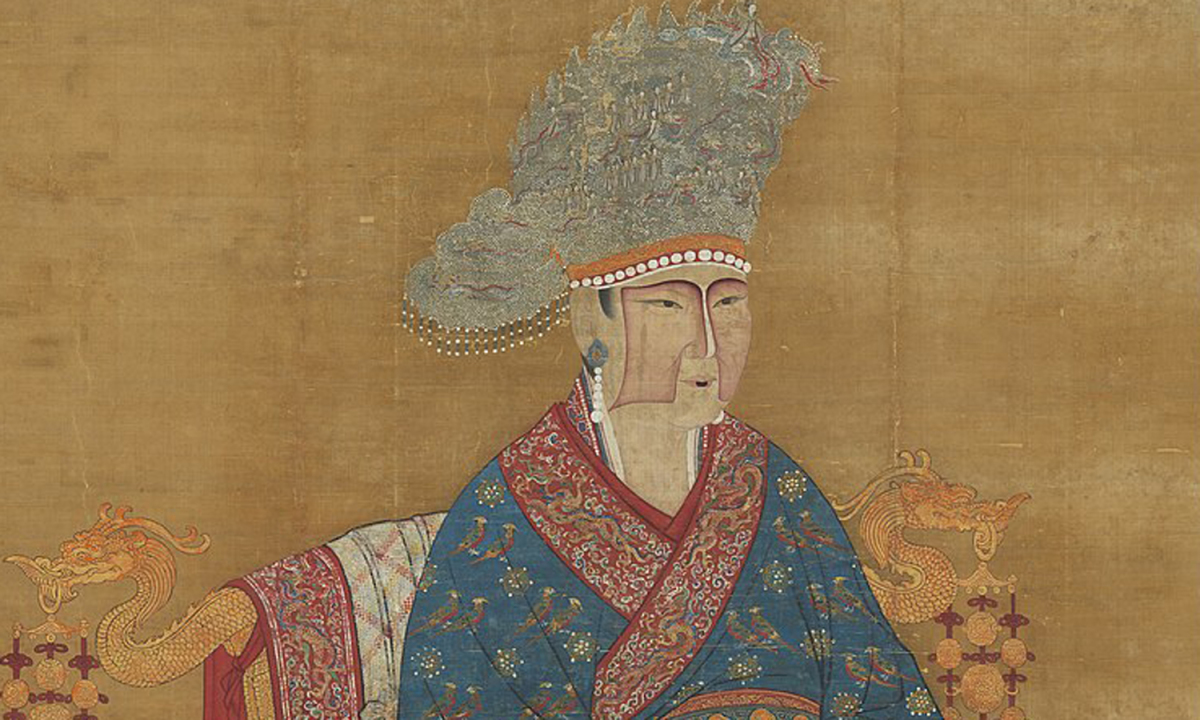 ChinaLuu Nga used to work as a singer, play the piano – a person who was considered lowly in the Song Dynasty, fought to become queen.

The story of Luu Nga’s life attracted many viewers’ attention thanks to the film Dream of green flowersreleased in June. The work revolves around the status of women in the Song Dynasty, the efforts of girls from low backgrounds but talented and brave, including the empress character.

Follow Sohuthe image of the queen in Dream of green flowers close to the real life prototype. According to the book Song history, the name of the empress has not been verified, folklore says her name is Luu Nga. Luu Nga’s parents died early, from a young age she performed to entertain the rich. Luu Nga’s voice is described passionately. She also dances beautifully and plays the piano well.

In his youth, Luu Nga married a silver minter named Cung My. Husband and wife come to the capital to make a living. Business is difficult, Cung My plans to sell Luu Nga to others. At that time, a close relative of Han King Trieu Hang (third son of King Tong Thai Tong, later emperor Tong Chan Tong) introduced Liu Nga to King Han. Prince liked Liu Nga from the first meeting.

Tong Thai Tong saw Trieu Hang thin and pale and questioned who was next to the prince. Trieu Hang’s nanny didn’t like Luu Nga, so she told her story about entering the palace. The king was angry because the prince had an affair with a woman of low background, unknown background, ordered to expel Luu Nga from the royal palace, and gave Trieu Hang a “registration” marriage. Trieu Hang both did not dare to disobey his father and did not want to leave Luu Nga, so he arranged for her to stay at an acquaintance’s house, sometimes hiding from her.

In 997, Tong Thai Tong died, Crown Prince Trieu Hang succeeded to the throne, named Tong Chan Tong. After that, the king welcomed Luu Nga into the palace. At that time, the harem had Empress Guo and concubines, Liu Nga had no title.

In 1004, she was promoted as a beauty queen, then as a concubine. In 1007, the queen died, Tong Chan Tong wanted to make Luu Nga empress, but many important gods objected because she was “from a lowly background”, not worthy of being a model of the world. The establishment of a queen led to competition and animosity between factions in the court.

Liu Nga was favored by the emperor but had no children. In 1010, Luu Nga’s servant Ly Thi was impregnated by the king and gave birth to a son, Trieu Trinh – the only prince at that time (the other princes died as children). However, the king and queen announced that Trieu Trinh was born to the queen. Ly Thi admitted that she was unlucky, and at the end of her life, she was not allowed to accept mother and child with Trieu Trinh.

In 1012, Liu Nga was crowned empress Chuong Hien Minh Tuc. She handled things in the harem with understanding and reason, and was respected. Luu Nga is also smart and knowledgeable about politics. The empress always and Tong Chan Tong approved the chapter and settled the court affairs. The king increasingly trusted and respected her. When the king was sick, the political situation was decided by Luu Nga.

Many officials in the court opposed the empress’s involvement in national affairs, and the two factions of the queen and prime minister Khau Chuan fought fiercely. The power of the queen grew stronger, some officials opposed her being dismissed, leaving the capital.

In 1022, Tong Chan Tong died, the will blocked “the empress to become the empress dowager, military affairs, big affairs are decided by the empress dowager”. Luu Nga and King Tong Nhan Tong (then 12 years old) entered the same dynasty, the actual power was in the hands of the queen mother. In 1033, the queen mother died. Before that, she reinstated the official positions of those who had been her political opponents.

Liu Nga was the first empress dowager regent in the history of the Song Dynasty. The posterity often ranks the talent and position of Luu Nga with Lu Empress and Vo Tac Thien. She was evaluated by historians as “talented like Lu and Vo, but not as evil as Lu and Vo”.