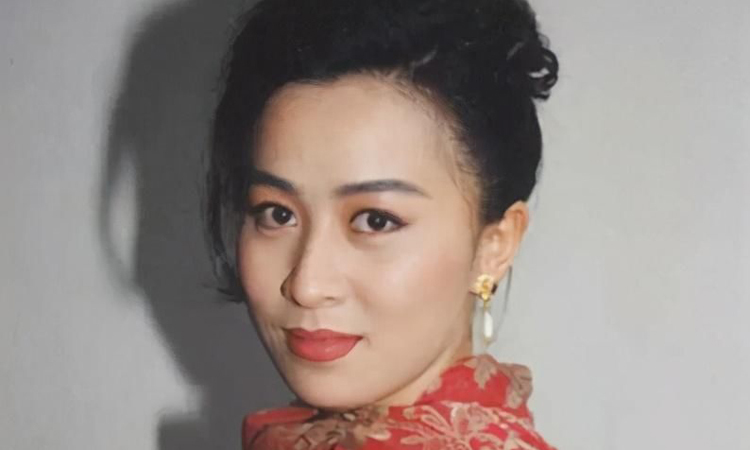 The actress welcomed the age of 56 on December 8, she wore a black dress with a chest split at the party with her husband – Luong Trieu Vy – and friends. Currently, Luu Gia Linh is active, taking on the roles of actor, MC, manager of Luong Trieu Vy, fashion designer…

Page Ifeng commented that over the years, Luu Gia Linh shines in the entertainment industry, conquering others not through her looks but through her ability at work, high EQ, confidence, courage and sincerity. Many viewers said that they did not like Luu Gia Linh before, but increasingly admired her.

She was born in Suzhou, China, followed her parents to Hong Kong to live at the age of 15. Not fluent in Cantonese, she failed the first exam for TVB’s artist training class. Two years later, Luu Gia Linh passed the exam. At first, she was mocked by many people for not knowing how to apply makeup, beauty, and country clothes…

The actress believes that her outstanding feature is her independence. For a long time, she practiced the habit of not depending on others. For example, Luu Gia Linh does her own makeup and hairdo to take the initiative in her work. In the talk show on the channel SMG, the actress said that she had a lot of work, but she did not ask the management company to solve it by herself. Thanks to that, she solved everything, without wasting time through the intermediary stages.

Above IfengGia Linh said that in her youth, she overcame obstacles and difficulties thanks to her strength and patience. “I call it my guardian angel. But now that they’re retired, my guardian angel is now: Tolerance and compassion,” said Lau.

Thanks to learning tolerance, Lau Gia Linh overcame the shocks of life. At the age of 25, she was kidnapped by a gang member because she refused to act at the request of the boss of the organization. The actress was detained for three hours. During this time, her kidnappers tied her up, stripped her naked, and photographed her naked. 12 years later, a newspaper published nude photos of Lau at being humiliated.

Above QQ, the actor said that the disaster has two sides, the positive side is to help her grow up. “Now, drop me anywhere I can survive, I know how to think more freely about everything,” said Luu Gia Linh. She forgave her kidnappers, humiliated her, accepted it as a part of her life, calm when she thought about it.

Luu Gia Linh is happy to live with Luong Trieu Vy. However, since getting married in 2008, the actress has been asked countless times why she doesn’t have children, why not marry a giant… She thinks that many people have a habit of using their own ideas. judge others but forget that each person is unique, a different way of life. Beauty said: “Women should not blindly copy the way of life of others. We need to understand and enhance our own value, but don’t calculate to increase our value by finding someone with money to marry and rely on. That’s a lack of self-respect.”