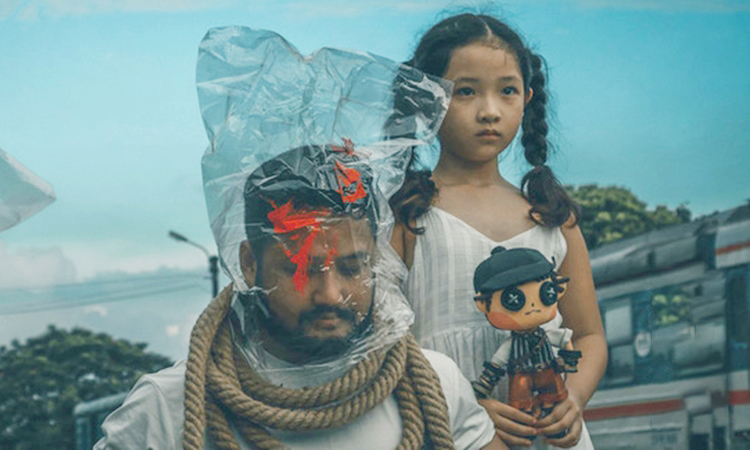 The work has the participation of Vietnamese, Korean, Japanese, American, Estonian filmmakers. Director Luong Dinh Dung said that it took him more than three years to prepare the script, and at the same time met and discussed with the crew.

The work revolves around the events of a family taking a trip to discover an abandoned ship during summer vacation. The people on the ship have strange expressions and in order to survive, they have to find the underlying rules. As a director and screenwriter, Luong Dinh Dung focuses on exploiting elements of horror and typical Eastern culture in the work to attract international audiences.

Code 45: Hungry Ghost scheduled to shoot in 2022, set in Lao Cai, Yen Bai, Bac Giang, Hung Yen, Hai Duong, Hai Phong and Hanoi. In addition, the film was shot in several Asian countries. Previously, the crew planned to shoot in May and release in December of this year, but had to postpone due to the epidemic.

The film is expected to be released at the same time in Vietnam and many countries with a revenue target of 50 million USD. Luong Dinh Dung said the huge revenue was the factor that attracted and inspired him to make horror films. Many Asian works with low production costs and many local elements have conquered audiences. He said: “Not only in the domestic market, we have the aspiration to build a horror film franchise that conquers Asian audiences in the long run.”

Luong Dinh Dung was born in 1973, is a writer, screenwriter and film director. In 2017, Father carrying child His work attracted attention when winning “Best Asian Film”, “Best Screenplay”… at a number of international film festivals. In addition, he directed the film Sleeping City, 578… Before that, the director worked as a consultant at Tallinn Black Nights – one of the 15 largest international film festivals in the world.