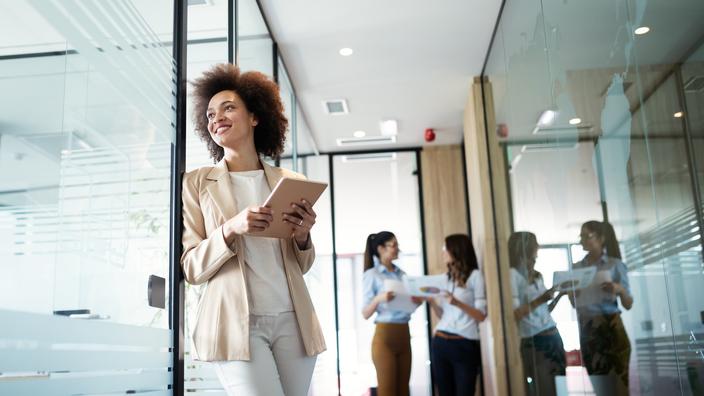 Currently, only 5% of CEOs worldwide are women.

Still in the minority, women are however more and more numerous at the head of companies around the world, according to a study published Thursday by the organization of young leaders YPO, the Financial Times and UN Women.

Read also :Dress, behavior towards women … The worrying increase in conflicts linked to Islam in business

Out of more than 2,000 responses from 106 countries obtained from some 30,000 YPO members last March, a quarter of whom were women, the majority (57%) believe that “their organization is more gender diverse than five years ago“. However, progress is slow to materialize. According to another recent study by Heidrick & Struggles cited by YPO, “currently only 5% of CEOs in the world are currently women“.

It is hardly more balanced in the United States, where only 6% of the 500 companies in the Standard and Poor’s index are headed by women. “I see a strong awareness from everyone that things have to be done“Xavier Mufraggi, CEO of YPO, told AFP. There is also according to him, “an awareness of the management style brought by our female members with a more holistic approach to leadership, which is more in tune with the new generations“.

Nearly one in two female CEOs say they have had to overcome prejudices, and it takes an average of two years longer for women than men to climb to the top of the entrepreneurial pyramid, according to the study. Xavier Mufraggi underlines that the generalization in Europe of the practice of mentoring, already widespread for a long time in the United States, facilitates the accession of women to the highest responsibilities. Finally, more flexible working methods, with the massive adoption of telework, are also likely to play in favor of more equality between the sexes at the end of the health crisis, according to him.

Read also :Quotas for women in company management: the text adopted by the Assembly

The study recommends in particular, to increase the number of women business leaders, to set up training against prejudice, to recruit more women and to promote equal pay. In France, a bill adopted in mid-May at first reading by the National Assembly calls on companies with more than 1,000 employees to have at least 30% of women among their managers in 2027, and 40% in 2030.