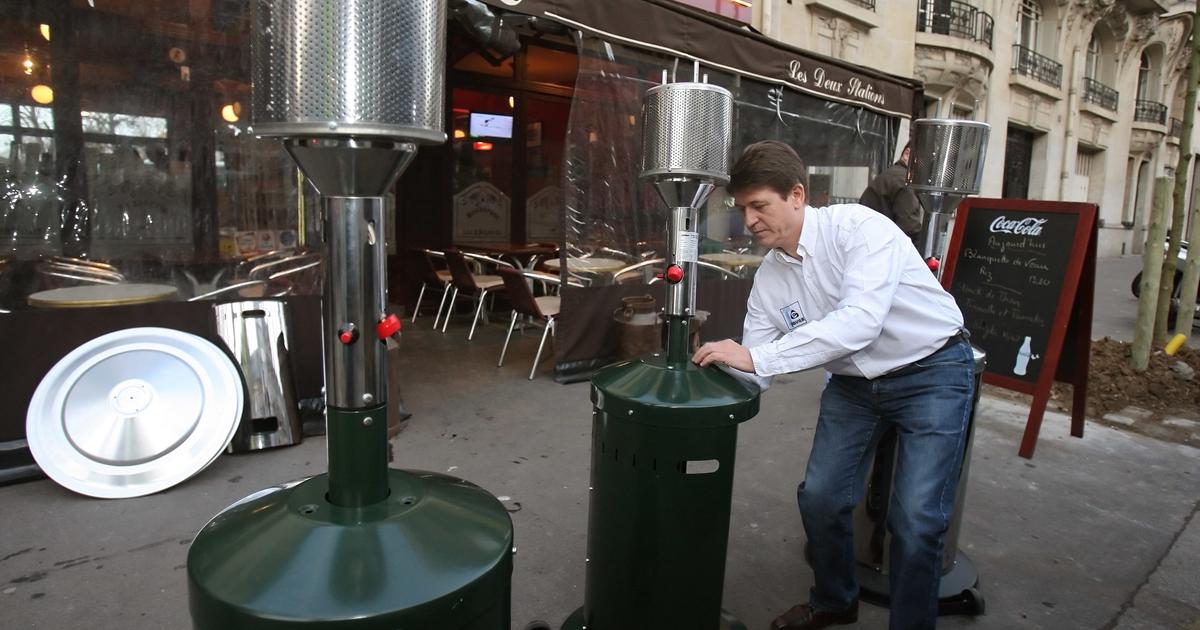 The effective implementation of this decision has taken longer than expected, but professionals are worried.

The ban on heated terraces, long postponed, comes into force this Thursday, March 31, throughout France. Lovers of coffee or lunch on the terrace will have to show courage, since the mercury should show 3 degrees in Paris, 9° in Marseille or even 2° in Lille this Friday. No change for the inhabitants of Rennes and Lyon, where the device was already prohibited.

Read alsoBack to the terraces: nine spring beers and their pairings

The decree of March 30, 2022 implements the law of August 22, 2021 on “combating climate change and building resilience to its effects“. This legislative provision, which turns out to be a translation of part of the 146 proposals of the Citizen’s Climate Convention, is presented as the cornerstone of the government’s desire to reduce greenhouse gas emissions by 40% ( GHG) in France by 2030.

Emmanuelle Wargon, Minister Delegate to the Minister for Ecological Transition, believes that “the heated terrace is absolute nonsense“, while indicating that their ban will allow”save half a million tons of CO2 every year“. These 500,000 tonnes of CO2 are equivalent to the average annual emissions of 300,000 cars in France.

In January 2020, the Négawatt association calculated the carbon footprint of heated terraces. Thus, a terrace 15 meters long by 5 wide, equipped with 5 heaters on 14 hours a day between November and March, would emit 13.7 tonnes of Co2 in four months. Or the equivalent of a “big new sedan that circles the earth three timesaccording to the study. 13.7 tonnes of Co2 also means 14 Paris-New York round trips by plane, 2,603 ​​Paris-Bordeaux round trips by train and the production of 3,425 kilos of beef.

A measure that took time to take hold

The effective implementation of this decision throughout the country took longer than expected. While Barbara Pompili had expressed her desire to apply it in July 2020, the Parliamentary Commission responsible for examining this bill decided, in March 2021, to postpone its application. The reason ? Give room for maneuver to a profession already hard hit by the health crisis and the containment measures which have led to the closure of all French establishments.

With a turnover already largely weakened by the health crisis, many restaurateurs fear that this decision will impact their activities by dissuading certain customers from coming to eat, especially when temperatures drop. According to the National Group of Independent Hotel and Restaurant Operators,terraces represent 30% of all establishments’ turnover“. The Bertrand decree of November 16, 2006, which had introduced a ban on smoking inside bars and restaurants from January 1, 2008, had “historically» accelerated the deployment of terraces. Of the 13,500 terraces in Paris, 60% have installed gas heaters for their customers according to the GNI-Synhorcat union.

Although the decree states that failure to comply with this prohibition is “punished with a fifth-class fine bringing the fine up to €1,500 and up to €3,000 in the event of a repeat offense», the website of the Ministry of Energy Transition specifies «that in order to take into account the constraints of each, the draft decree will make it possible to identify the cases requiring special attention for the implementation of the ban or the support“. However, support does not mean exemption.