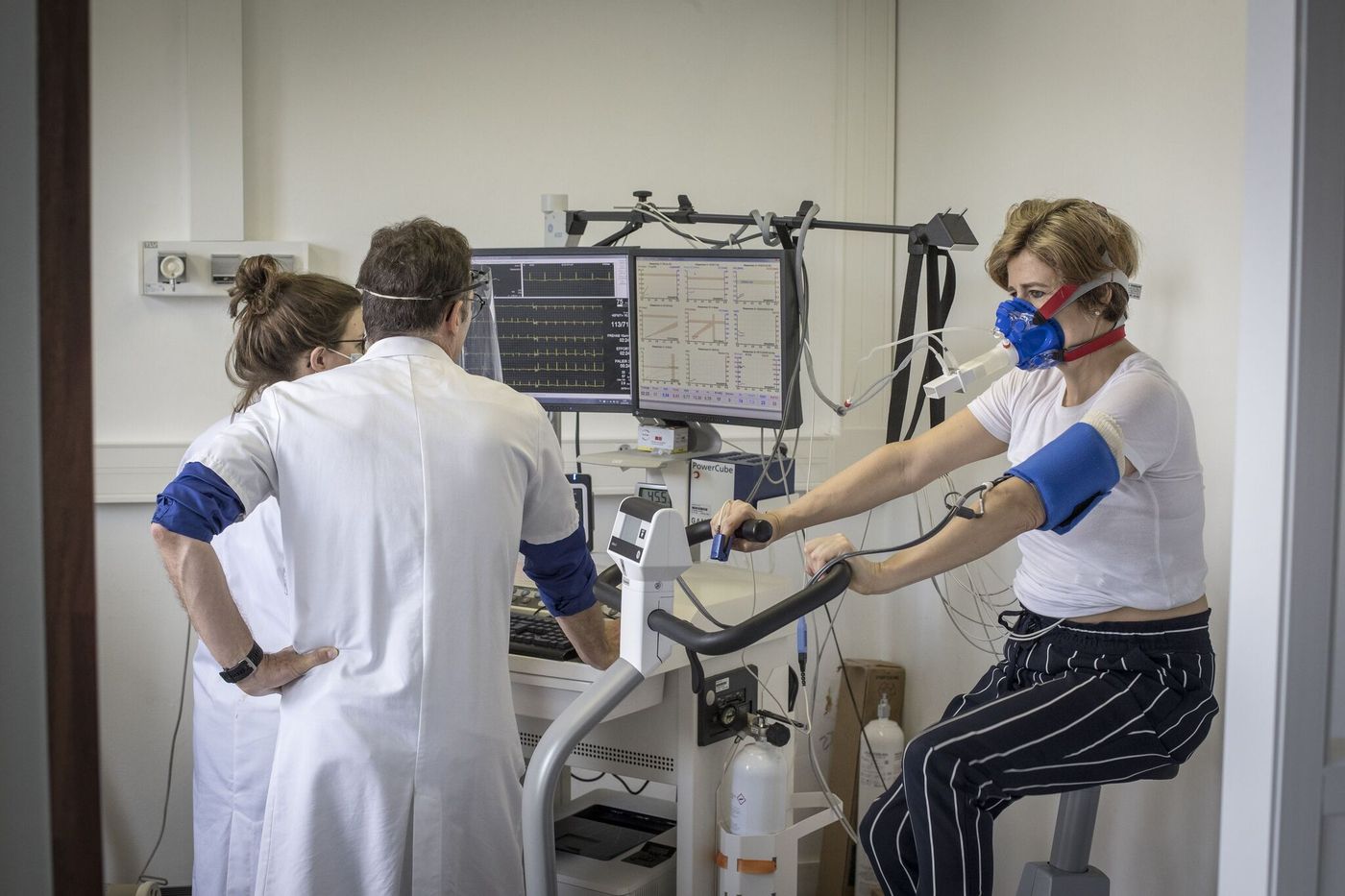 ” Nothing at all. “ These days, Caroline Ballereau cannot “Absolutely nothing to do. Not to pick up my children from school, not to go shopping, not even to read ”. Since she caught the coronavirus last April, this 45-year-old librarian has suffered from “Terrible headaches” and a “Exhaustion at the slightest effort”. “I have run out of juice. Some days I can’t even stand on my legs ”, she testifies.

This disease that “Rots life” has a name: the long Covid. In France, it is estimated that it affects at least 750,000 people. Recognized by the World Health Organization (WHO) since April 2021, this syndrome now has a universal definition, adopted in October following a global consultation. Occurring in people who have had an infection “Confirmed or probable” at SARS-CoV-2, it manifests “Generally three months after the onset of Covid-19”, “with symptoms that last at least two months and cannot be explained by another diagnosis”, specifies the WHO, which qualifies the disease “Highest priority”.

→ INVESTIGATION. The mysteries of the long Covid

Making a diagnosis is the whole difficulty for doctors. Because the symptoms are as numerous as they are varied: fatigue, dyspnea (difficulty in breathing), chest pain, taste and smell disorders, neurological manifestations, digestive problems, skin lesions, eye disorders … If research has largely documented these ailments , scientists are still stumbling over their cause. “Apart from anosmia (loss of smell), these are not very specific symptoms, hence the difficulty in understanding their origin”, explains Olivier Robineau, infectious disease specialist at the Tourcoing hospital center (North).

No scientific consensus on the causes of the disease

Several hypotheses are circulating. First track: that of a persistence of the virus in the body. “This could explain some symptoms, including loss of smell, but not all”, considers Olivier Robineau. Another possibility is an inflammatory state that would persist despite the disappearance of the virus, leading to lesions such as “Damage to a blood vessel or a nerve”, exposes the infectious disease specialist.

He defends another hypothesis: that of an attack “Functional”, that is to say which would not be directly related to an anatomical problem. Clearly, a psychosomatic disorder. This is what suggests a study of which he is a co-author, at the origin of a lively controversy since its publication on November 8 in the prestigious scientific journal. Jama. Based on the serology of 26,823 adults, the researchers observed that among those with symptoms associated with long Covid, more than half would in fact not have been infected.

Apart from anosmia (loss of smell), there are few symptoms specific to the disease. / Dmitry Marchenko / EyeEm / Getty Images

The long Covid, an imaginary disease? “This is not to say that these symptoms are not real, but that there is a risk of over-attributing some of them to the Covid”, distinguishes Olivier Robineau, for whom the controversy reflects a lack of knowledge of medicine, because “There is always a functional part in a medical situation which persists, that is to say a kind of self-maintenance of the symptoms”.

Patients fear for their care

“It is not because you have not been infected that you cannot develop an authentic pathology whose mechanisms are complex and involve a psychological and behavioral component”, abounds in Professor Renaud Tamisier, pulmonologist at Grenoble University Hospital, also invested in research on the after-effects of Covid.

Still, the methodology used by the authors of the study arouses criticism from some scientists, who argue in particular that serological tests are not reliable indicators.of infection. “If anti-SARS antibodies are present in the blood, it is indeed that there has been infection (or vaccination, if necessary). But the absence of antibodies cannot prove the absence of infection ”, thus affirm several doctors in a column published on November 23 on the website of the World.

For their part, patients fear above all that this study will further complicate the already uncertain management of their disorders. “People will tell themselves that all of this is in their heads”, anticipates Caroline Ballereau, who fears having to “Justify even more”.“Me too, I sometimes come to wonder if it is not psychological”, she confides. Especially since, like most people suffering from these prolonged symptoms, his examinations do not reveal any abnormalities. “It’s very confusing, for us and for the doctors. But before the Covid, I was doing very well, she laments. I have never been depressed! “

Depression and anxiety, often associated with the long Covid, also raise questions: are they a consequence of the Covid, or has the latter only functioned as an indicator of latent mental pathologies? For doctor Matthieu Gasnier, psychiatrist at Bicêtre hospital and co-author of a study published on November 23 in The Journal of Clinical Psychiatry, these psychiatric disorders are indeed consecutive to a Covid infection.

“We conducted individual interviews with 177 patients, four months after their hospitalization for an acute Covid infection. Among those in whom the disorders appeared, 80% had never experienced an episode of depression or anxiety before ”, he emphasizes.

“The patients we see, sometimes firefighters or top athletes, do not have a psychiatric profile, also reports Professor Olivier Lesens, head of the pneumology service at Clermont-Ferrand University Hospital, where he worked to set up a specific consultation for these patients. But after a while, being always tired, having difficulty breathing or having cognitive problems, it inevitably affects morale. “

→ READ. Covid long, towards a law to improve care?

For Olivier Robineau, it is urgent that science advance without “Brace yourself on one or the other hypothesis”. One way to overcome the controversies would be, according to him, to conduct more comparative studies in the general population, in order to clearly establish what falls under the Covid.

“For example, we should compare the post-infectious symptoms of influenza with those of Covid. “The challenge: to avoid diagnostic errors, butalso spare patients “Deleterious situations when you find yourself in the midst of controversies like those we experienced with Lyme disease. Whatever the cause of these symptoms, we are in a pathology that lasts and requires management ”.

Towards a “long Covid” law

Friday, November 26, the National Assembly unanimously adopted a bill aimed at improving and harmonizing the care of the long Covid in France. Supported by Michel Zumkeller, deputy for the Territoire de Belfort (UDI), this text, which should be examined in the Senate in early 2022, pleads for the creation of a platform for referral and monitoring of patients.

“Doctors say that 5 to 10% of people infected with Covid-19 would be affected, but there are no official statistics in France. This platform would make it possible to assess the extent of the needs ”, argues the chosen one. The deputy also calls for the application at the national level of a care protocol, in particular at the general practitioner, as well as the creation of post-Covid care units in local hospitals.