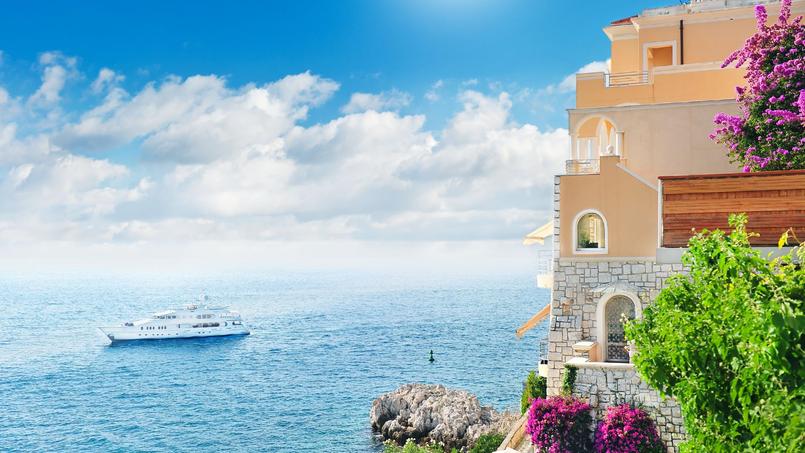 The impact of the health crisis with the confinement experiments, has engendered in many city dwellers, a mad desire for space and green life, even partially. The rise of teleworking has also driven the trend of semi-main residence. A place of life that allows you to enjoy it more than for weekends or during the holidays.

In this context, our survey is based on several indicators: the evolution and the proportion of second homes in a city (sources Insee); data from the Le Figaro Properties database, specialist in high-end real estate, such as the number of properties put up for sale over 3 years, the proportion of luxury properties (property, villa, chalet, farmhouse, country house, castle , mansion, loft, mansion …) on the market, but also the proximity to leisure activities (distance from the seafront, ski slope, nearest golf course, facilities …), the living environment and the duration average sunshine.

Based on the criteria, we assigned a number of ratings. Of course, this list is not intended to be exhaustive and does not take into account all the regions of France such as Île-de-France, for example, but it is a trend indicator. In the area, the South-East, Provence with the Var department are particularly coveted.

The gems of the Var

It is one of the star regions. With its small fishing ports and colorful villages, the sector of the Gulf of Saint-Tropez arouses the enthusiasm of lovers of the South and the Mediterranean. “The real estate market in Saint-Tropez is particularly active”, underlines Philippe Boulet, director of the Emile Garcin Saint-Tropez et littoral agency. “With the French clientele already very present, there is now the return of the Italians, the Swiss, the English. Budgets start between 600,000 and 800,000 euros and then can exceed 10 million euros. Currently, prices are relatively stable but they should increase ”, he adds. After Saint-Tropez, demand is extremely strong in Ramatuelle, second in the standings. “We are witnessing a move upmarket with budgets that have been increasing for two years. And since confinement, the investment in pleasure has been confirmed. The health crisis and our confinement experiences have been “a decision accelerator”. There is also a strong demand for the semi-main residence in the interior ”, emphasizes Philippe Boulet. In 3rd position, the emblematic Grimaud. Nestled in the heart of the Gulf of Saint-Tropez, the Var city has the charm of ancient heritage and the advantages of modernity. Medieval village, labeled port “Remarkable contemporary architecture” and festivities, Grimaud offers a choice. It remains to find the rare pearl. Gassin, another gem of the Gulf of Saint-Tropez, one of the most beautiful villages in France, also stands out.

The essentials of PACA

Behind Saint-Jean-Cap-Ferrat, which has aroused covetousness for years, the village of Gordes is rediscovering its colors and is positioned here in second place. “Gordes has resumed its position as leader in the Luberon valley”, confides Jean-Christophe Rosier, specialist in luxury real estate (Rosier agency). With solid experience, he is adamant: “Demand is pouring in for properties that have land, a nice view, calm and authenticity. Of course, there are many Parisians, Ile-de-France residents who are looking for a second home in Gordes. The phenomenon of semi-main residence is a trend that has accelerated and the arrival of fiber which allows teleworking is a real plus. Another novelty: increasingly younger buyers. Couples in their thirties who have a budget for goods between 1 and 3 million euros. With the economic uncertainties, the stone is also considered as a real investment ”, remarks Jean-Christophe Rosier.

To see also – Buy a second home and make it profitable

As for Corsica, present in our ranking through Porto-Vecchio, the second home market is particularly dynamic there. “It remains well oriented because it is a market of scarcity, of shortage. The Covid effect has reinforced the attractiveness of second homes and most of the demand is concentrated in the extreme south of Corsica between Porto-Vecchio and Bonifacio, because it is the region where most of the exceptional properties “, confides Jean-Noël Marcellesi, founder of Agence Immobilière du Golfe, to Le Figaro Properties.

“The profile of second home buyers is changing”, notes Emmanuel Boan, whose Boan Immobilier / Knight Frank agency has been established in Megève for several decades. “Before the first confinement, customers were looking for profitability through para-hotel rentals and borrowed in order to keep availability to invest elsewhere. Since the health crisis, 80% of transactions have been carried out without financing for family-oriented second homes. Customers frightened by a potential economic crisis prefer to invest in this safe haven that remains the stone ” Financial investment has given way “To a real upsurge in requests to take advantage of this property, regularly throughout the year. They come from Parisians, but above all from nearby towns: Lyon, Geneva, Lausanne, Grenoble, Mâcon or Bourg-en-Bresse. ”“ Megève has retained its village life, appreciated by family customers ”, he indicates in the Le Figaro Properties file on second homes. Another coveted area: Combloux. “One of the districts also offers an exceptional view of Mont-Blanc around 12,000 euros / m² for a chalet which would sell for 15,000 € / m² in Megève”, adds Emmanuel Boan.

The coasts of the great west

“The definition of Deauville as the 21st arrondissement of Paris takes on its full meaning today. With the health crisis and the experience of confinements, Deauville has become the lungs of the capital ”, testifies Cyril Maurepas, director of Sotheby’s Deauville in Properties Le Figaro. About two hours from Paris, by car, via the A 13 motorway, the city is recording records, both in volume of transactions and in price. “The traditional budget for second homes is between 800,000 and 1.5 million euros. For a year, buyers with 2 to 5 million euros, progress. Properties on the seafront and country houses are particularly sought after ”, explains Bénédicte Belvisi, partner of Barnes Deauville. Attractiveness is not about to run out of steam. “The demand is much higher than the supply. Result, the realization of a purchase is done quickly, without major negotiation. The secondary house has become essential for some Parisians ”, says Hadrien de Bourboulon at Emile Garcin Properties.

For its part, La Baule is experiencing an increase in searches for property with land and swimming pool. “Holiday homes to accommodate several generations of families or properties with several buildings to accommodate friends. These are requests from Parisians and French people living in London ”, explains Étienne de Gibon, associate director of Barnes Nantes La Baule at Properties Le Figaro.

Pearls of the Atlantic

About an hour from Bordeaux, Cap Ferret seduces with its beauty, its soothing and family atmosphere, its authentic villages that can be discovered by bike. “On Cap Ferret itself, median budgets are around 2 to 2.5 million euros. For the rest of the Peninsula, the most frequent requests are in a range between 1 and 1.5 million euros. The proximity of the basin, the situation, the calm and the potential of the property constitute the main search criteria », underline Jérôme Cazaubon, director of the Presqu’île agency and Jean-Pierre Soulé, director of the Cape Town agency.

As in many other regions of France, the use of these second homes is changing, to become semi-main, especially around the Arcachon basin. “We have clients who sell their main residence in Paris to be rented out and thus buy a property in the basin which will gradually become their main residence. The cities of the basin which can accommodate children with schools of good standards have priority ”, assures Marina Tonneau, president of Coldwell Banker immoBA at Properties Le Figaro.