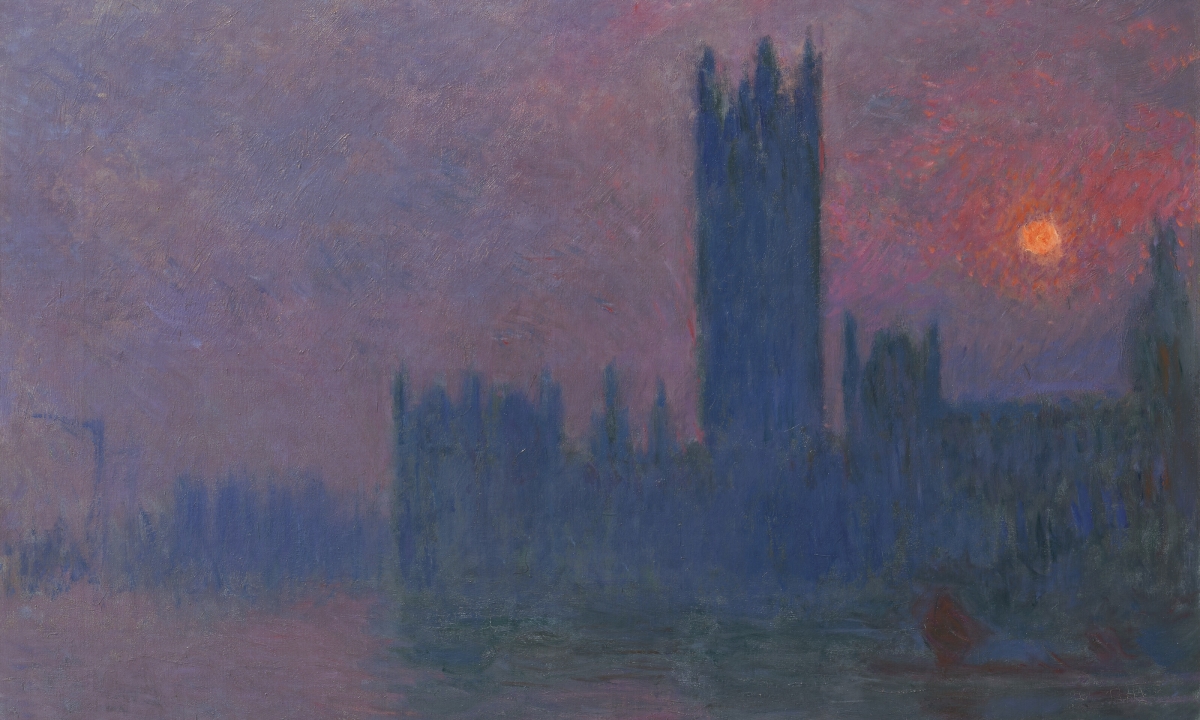 Paintings are sold in session The Collection of Anne H. Bass by Christie’s last weekend, depicting a sunset over London’s Gothic building, seen from across the River Thames.

According to the auction house, The work looks like a magical perspective: the pink color of the sun through the clouds, the Gothic architecture of the building appears like a black mirage, silhouetted against the water, making viewers think of a long time in the past. fairy tales. The painting heralded a new era in painting as artists were inspired by Monet to unleash color to create beautiful abstract paintings based on real scenes.

Le Parlement, soleil couchant (Parliament, sunset) was acquired by the gallery Durand-Ruel et Cie in Paris from the artist in May 1904. After that, the painting was bought by the American lawyer and banker William Lowell Putnam in 1907, and then bequeathed to his descendants. In 1982, the painting was owned by the Acquavella gallery in New York.

The paintings belong to a group of 19 works about the parliament building painted by Monet in 1900 and 1901, of which five are in a private collection, 14 are on display at the Metropolitan Museum of Art in New York, Art Gallery National in Washington, Musée d’Orsay in Paris and Pushkin Museum in Moscow…

According to the book Claude Monet: Biographie et catalog raisonné, in 1900 the painter sailed alone to London to “try to make some views of the Thames”. Monet is staying at the Savoy Hotel, with a beautiful view: on the left is the Waterloo Bridge across the river, on the right is the Charing Cross station. This scene appears in many of his works.

Then, a new subject that caught the artist’s attention was the image of the parliament building high above the Thames, shrouded in fog or bathed in the sunset. To paint that scene, the artist had to move from the hotel to another place.

Monet’s letters show that he began painting after arriving at St. Thomas medical examination. The painter saw a beautiful scene and asked the hospital director’s permission to let him sit and draw on the terrace. Le Parlement, soleil couchant born from here. In a letter to his wife Alice, he wrote: “At 5 pm, thanks to the wonderful sunset in the mist, I started composing at the hospital. If only you could see how beautiful it is and I want to. How close you are on the rooftop. They told me it was cold, I didn’t realize it because I was so absorbed in work.”

Painters usually paint in the late afternoon. Monet divides the day into two frames: in the morning he works from his hotel room window, from four o’clock in the afternoon, he goes to the hospital, basking in the sunset and twilight. This workflow is done by the artist to study the change of light from hour to hour, day to day. Before that, from the 1880s, in many oil paintings, he captured the shifting effects of light at different times of the day.

According to the book Turner, Whistler, Monet, London’s weather is constantly changing, causing the artist to change the way he works, painting many oil paintings at the same time, rather than focusing on completing a work, each painting shows a different state of light. “At the Savoy Hotel or St. Thomas’s hospital, from where I can capture my vision, I paint hundreds of pictures – on the same subject,” the artist writes.

In late 1990, Monet stopped painting at the hospital because changing weather conditions, snow and dense fog made it impossible for him to see the landscape. The painter returned to his hometown of Paris, France. In 1901, Monet returned to London in the hope of completing the previous year’s works. For the first three days, everything went smoothly. Then the weather changed again. “This morning, I was stunned to see snow everywhere. I went to the hospital but to no avail, there was nothing I could do there. Parliament building was covered with white patches of snow and I had to return to the snowy road. filthy,” he wrote in a letter.

For the next 15 days, the painter still did not see the sun. He fell ill and was forced to return to France. Years later, Monet used his memories to complete a series of paintings in London in his studio at Giverny (Normandie, France), including the Le Parlement, soleil couchant.

In 1904, the artist held an exhibition London: River Thames, introduced a series of works, attracting the attention of experts. Writer Octave Mirbeau wrote in the preface to the event: “Monet saw and experienced London in its essence, character, and light. The London fog is more variable, elusive, and more complex than the Normandy sky ( Dharma). Whether murky or bright, all colors blend together, reflect, and have magical transformations.”

In the book Monet in the ’90s: The Series Paintings, one critic hailed the London series as the artist’s most astonishing feat. “With the desire to paint the most complex effects of light, Monet reached the limits of art. He wanted to explore things that are difficult to explain, put into words. And he succeeded.”

Claude Monet was born in 1840 in Paris, France, the second child in a business family. As a teenager, Monet drew caricatures, then became a student of the painter Eugéne Boudin. In 86 years, Monet has created 2,000 paintings, many of which are done right in his flower garden.

Monet was a pioneer painter who founded French Impressionism. The artist has held a number of solo exhibitions such as: A selection of works in 1900, London: The River Thames 1904, Lily: River Landscape 1909and Venice in 1912. In 1912, Monet was cataracts, poor health but still trying to create many works. The painter died in 1926 of lung cancer.