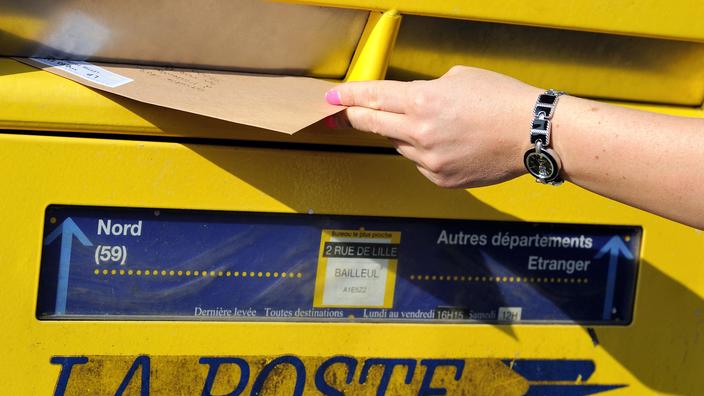 Faced with a drop in mail volume and a record deficit, La Poste will offer a new range in 2023, centered on an offer on D + 3, instead of D + 2. The state plans to pay it at least 500 million euros to finance the universal postal service.

The State is putting its hand in its pocket to come to the aid of La Poste. In fact, the establishment is facing a drop in mail volume (- 18% in 2020), accentuated by the health crisis. This historic activity fell into the red in 2018 and its deficit widened significantly in 2020, with a record deficit of 1.3 billion euros. This deficit, which should remain at one billion euros if nothing is done, risks weighing on the group’s other activities, subject to competition, particularly logistics and banking. “The financial balance of universal postal service is now structurally degraded ”, the government explained on Thursday.

Read also :La Poste: the parcel, remedy for the drop in mail

The State therefore plans to pay La Poste at least 500 million euros each year to finance the universal postal service, announced Prime Minister Jean Castex. The annual budget allocation, which should vary between “500 and 520 million euros”, will be paid from 2022 for “Offset the additional costs borne by La Poste for the year 2021” concerning the public service mission, the government said after a meeting of the high-level monitoring committee of the business contract between the State and La Poste, which was chaired by Jean Castex. The planned allocation must still be “Declared compatible by the European Commission” for its payment, specifies the government.

At the same time, sending a letter by post will soon take a little longer. La Poste will prepare a new range by 2023, centered on a D + 3 offer, instead of D + 2. This policy must be developed “By the end of the year 2022”, before the new company contract with the State (2023-2028). It responds to new uses (45 priority letters sent per year and per household in 2008 and only 5 in 2020) and should above all enable the Post Office to save 400 million euros per year. In particular with the health crisis, which amplified the drop in mail delivered, justifies the government.

In addition, the government said “Ready to maintain”, the allocation of 174 million euros for the regional development mission of La Poste but wants the negotiation of the next contract for the period 2023-2025 to begin “From the next few weeks”.

In May, the former deputy of Lot Jean Launay had submitted a report to the Ministry of the Economy which proposed to tax telecommunications operators and to dig into the state budget to fill the universal service deficit. A report by three senators in March also proposed a budget allocation “Up to 730 million euros” for La Poste as well as a tax allowance “Up to 270 million euros” payroll tax.