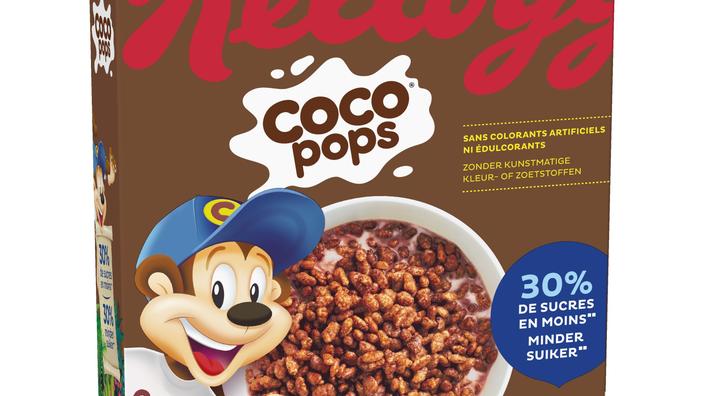 Regularly singled out, the champion of cereals, which stabilized its turnover in France last year, is stepping up its efforts to offer healthier foods.

Admittedly, the dynamic fell a little at the end of last year. But Kellogg’s 2020 balance sheet remains good. The American giant (Special K cereals, Miel Pops, Coco Pops, Trésor, Extra, Frosties, and Pringles for the aperitif) ended last year several years of decline in the French breakfast cereal market . The boom linked to the first confinement allowed it to stabilize its turnover (+ 0.5%, to 351 million euros).

And 2021 is off to a good start. “Since January, our sales in supermarkets and online have increased by almost 4% on cereals, and 30% on Pringles, after an exceptional year when sales of these tiles suffered from the first containment.», Summarizes Olivier Kac, who joined the general management of Kellogg’s France last March.

A decade of work

Beyond the habits of the French upset by periods of confinement, favorable to the return to grace of breakfast, Kellogg’s is reaping the fruits of its efforts on the composition of its recipes. Regularly singled out for the excessively rich and very sweet content of its products, the group embarked on this path in 2010. After having already reduced by 8% the simple sugars and salt of its flagship brands in ten years, as well that of 30% the saturated fatty acid content of its Pringles tiles since 2014, Kellogg’s is stepping up a gear.

By next year, he wants to reduce the sugars by 10% and the salt on his children’s cereals by 20% (Honey Pops, Coco Pops, Rice Krispies …). Precisely those for which parents are the most careful. And this, not by replacing with sweeteners, but above all by increasing the fiber content. “This will allow all our children’s brands to be rated Nutriscore A or B from next year.», Supports Laurence Braure, CSR manager at Kellogg’s. This is already the case for Coco Pops chocolate puffed rice, which claims 30% less sugar compared to the average of its competitors.

In addition, Kellogg’s will launch an organic version of its Honey Pops balls. The group has already done this for its flagship brand Extra in 2020. However, this pillar of its portfolio retains ratings ranging from C to E. On Pringles (30% of its turnover), the group has made the choice not to affix the Nutriscore.

Kellogg’s also focused on packaging. This summer, the group will offer smaller versions of its famous cardboard boxes, sometimes accused of transporting vacuum. Thanks to a technique for sucking air in the bags, he claims to be able to save 190 tonnes of cardboard and plastic per year, while maintaining the same weight of products.

Although costly in terms of time and money, these initiatives have become commonplace for mass consumption players. If the latter often bear the additional costs, they can no longer really exempt themselves from it at the risk of deviating from consumers’ expectations. Namely, the choice of healthier products from a nutritional and environmental point of view.