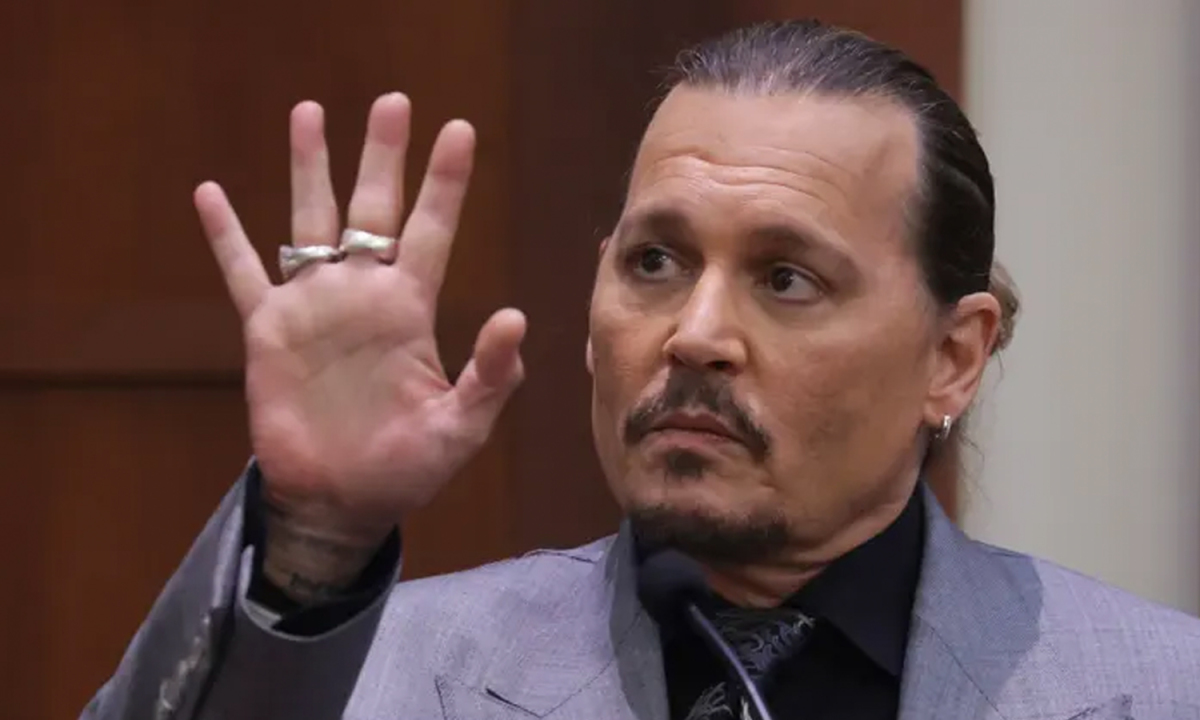 AmericaJohnny Depp recounted in court the quarrels and fights with his ex-wife Amber Heard, like the time she broke her finger.

According to Guardian, Johnny Depp continued to appear in court for testimony in the trial on April 20. The actor recounted the incident in March 2015, while in Australia filming. Depp said his wife was furious after learning he had started drinking again. Heard then threw a glass bottle and severed the tip of the middle finger of one hand.

Depp recounted the conflict before the judge: “There was blood everywhere. I felt like I was going through a mental breakdown.” The actor then hid in the toilet and was taken to the emergency room by the doctor. At the hospital, Depp lied that his hand got stuck when he opened the door because he didn’t want his wife to get in trouble.

The actor also told the final stage of the marriage. In May 2016, Depp’s mother passed away. He decided to call Amber Heard and wanted a divorce. The actor said he would not include reasons such as irreconcilable disagreement or abuse in the application. He plans to take advantage of the two’s shared penthouse to clean up his personal belongings while his wife listens to music at Coachella.

However, the house’s security officers told Heard it wasn’t the time to pack up. They sent a photo of the part of the bed where he slept with a pile of waste. “It was so crazy, so weird, it just made me laugh.” Heard then explained it was Depp’s dog poop. However, the actor did not believe it and insisted it was a human product.

Depp explained that the conflict between the couple stemmed from his drinking habit. Heard frequently referred to her husband as “the weakling, the mess, the alcoholic who ruins everything”. Depp once wanted to reconcile with Heard but was unable to. “I chose to deal with it like I did when I was a kid. I ran away from everything,” the actor testified in court.

Johnny Depp and Amber Heard dated while filming together The Rum Diary (2011), married in February 2015. Fifteen months after their wedding, Heard filed a lawsuit in court asking for the right to ban Johnny from approaching and accusing him of verbally and violently abusing her. Depp countered that he was the one being abused by his wife. The two sides disputed and slandered each other for months before finalizing their divorce in 2016.

Things became noisy again when Depp sued Heard for defamation while writing a newspaper article The Washington Post 2018, talking about being abused by her ex-husband. The actor demanded his ex-wife to pay 50 million USD for affecting his film projects. celebrities Aquaman sued her ex-husband for a similar crime, demanding $100 million in damages. The trial, which took place in Fairfax County, Virginia, is expected to last about six weeks.

Phuong Mai (according to Guardian)