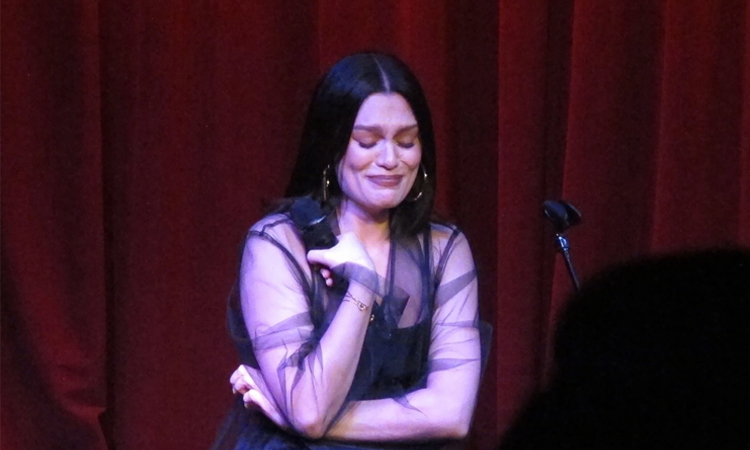 AmericaSinger Jessie J was emotional when she took to the stage to perform just a few days after the news of her first miscarriage.

On November 25, the source of Pagesix said Jessie J came to perform at The Hotel Cafe in Los Angeles midweek. The British singer spent the first few minutes of the program confiding in the audience: “Long ago, I was diagnosed as unable to have children and I myself do not believe it. I decided to get pregnant. By a miracle, everything worked out until yesterday. Yes, yesterday was terrible.”

The singer cried when telling the incident to the audience in the hall. However, she tried to suppress her emotions, completed the night in the support and sympathy of everyone.

Jessie J thanked the audience for helping her feel less lonely during difficult times. “I want to be here today because I believe that the most important thing, more than conversations on Instagram and the Internet, is to be human, to be vulnerable, and to be true to yourself,” the singer added.

On November 23, Jessie J wrote on her personal page: “Sometimes, love is not enough to make things happen. But that’s okay. It doesn’t mean you fail.” The singer said she had just had an ultrasound and the doctor said she couldn’t hear the fetal heart. She suffered but decided to still go on stage because she thought music could help her overcome her emotional pain.

Miscarriage news came to Jessie J just a month after she broke up with her Vietnamese-born boyfriend Max Pham. The two publicly dated in March, acquainted through art activities in the US. Max Pham is a famous dancer and choreographer with more than 76,000 followers on Instagram. The star couple announced their separation in October but did not disclose the reason. Jessie J said she still remained friends with Max Pham after everyone went their separate ways.

Jessie J was born in 1988 in Ilford and raised in London, England. She started performing music when she was 11 years old. In early 2011, the singer resonated with the hit song Price Tag, leader in 11 markets. After that, she continuously had many successful songs like Nobody’s Perfect, Who You Are, Domino nice Laserlight. Jessie J was chosen to perform at the closing ceremony of the 2012 Olympic Games in London, England.