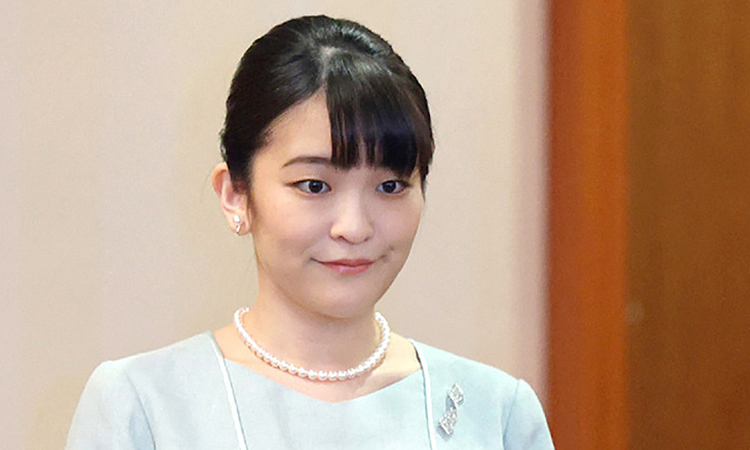 On the wedding day, Princess Mako of Japan wore a classic dress, pearl jewelry – a symbol of love, overcoming all hardships.

Princess Mako married her classmate Kei Komuro on October 26 after years of delay. Follow CNN, the event was one of the most quiet and simple weddings in royal history when there was no traditional ceremony, no celebration party.

Shihoko Goto, geoeconomist at the Wilson Consulting Center – told SCMP about the princess’s simple appearance: “Completely different from what one would expect from a member of the Japanese royal family. She is willing to sacrifice finances and leave a comfortable, secure life with a host of specials. right only to pursue one’s own path”.

Mako still wears her usual classic style with a long-sleeved light blue dress with no pattern. She adorned it with a silver brooch near her shoulder, a chain of silver pearls that matched her earrings and a pastel pink flower bouquet.

Follow Vogue, pearl jewelry is the appropriate and delicate choice of Princess Mako on a happy day. Pearl is a symbol of love, happiness, victory, overcoming all difficulties, challenges, joy and loyalty.

Princess Mako and Komuro go through many obstacles to come together. The two first met in 2012, when they were both freshmen at the International Christian University (ICU), a school located in the Tokyo suburb of Mitaka. After dating and exchanging letters, the two got engaged in September 2017 and planned to get married in November 2018.

However, Komuro’s mother later got into a financial dispute with her former fiancé, including Komuro’s school expenses paid by the man. The scandal led to rumors that he was a “mine digger” when he was engaged to the princess. The incident caused the wedding to be delayed several times, and Mako was diagnosed with a stress disorder. A week before the wedding, she burst into tears when she met her fiancé after three years of separation because he went to study in the US.

In addition to losing her royal status by marrying a commoner, Mako became the first female member of the Japanese royal family to refuse the traditional $1.3 million dowry since World War II.