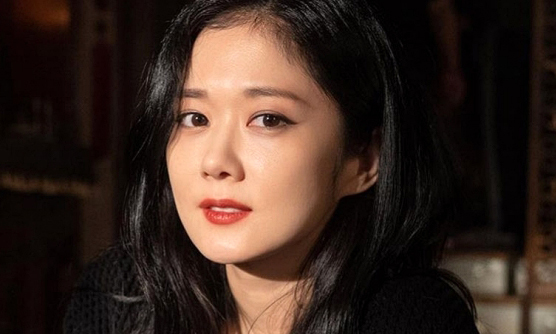 South KoreaWhen Jang Nara’s brother got married, the actor’s father gave an interview to hope that his 40-year-old daughter would soon get married so that he could rest assured.

Actress Jang Nara had a successful year when she made her mark with her role as Hong Ji Ah in the movie Exorcism real estate. She works hard and has no plans to get married yet. The beauty spends her free time traveling, taking care of pets, dating friends and interacting with fans on the page. Instagram. In everyday photos, she often wears a bare face, wears simple clothes and walks in the sun.

At her brother’s wedding in October 2020, the actor’s father cleverly reminded, “I’m very happy when my son gets married, hope this also motivates Jang Nara.” The actress said that her father was one of the people who urged her to get married the most. She told the page SBS News: “I am helpless, I don’t know how to support my father. Not only him, since I turned 30 years old, many acquaintances have also asked me why I don’t get married.”

Jang Nara said she does not worship the celibate lifestyle, but does not want to get married just because she is old or urged. Whenever asked by a reporter when she will get married, she says that fate is out of her control: “It’s not that I don’t want to get married. If I can’t meet true love, what can I do but make the most of my life? enjoy the single life?”.

In the program Night of Real Entertainment of the station SBS, Jang Nara said her ideal boyfriend has not changed since she first entered showbiz until now. She has always liked the kind of person who is kind, mature and has a clear career direction. Talk with Sina in 2015, star Stubborn princess also said that there is no standard for the lover’s appearance: “I am mature enough not to chase after flashy like my appearance. I don’t put much emphasis on any conditions other than personality”.

Despite being single for many years, Jang Nara feels comforted by her young co-stars who treat her like a peer, and beloved by male audiences. She considers this a spiritual secret to help her stay young and energetic.

Over 20 years of working in the entertainment industry, Jang Nara’s love story has always attracted the media and the audience. To avoid trouble, she always kept her distance, treating her colleagues in moderation. She never met privately, didn’t even save her co-star’s phone number even though she worked well on set. Productor flim Oh my baby commented Jang Nara is very serious when working: “As soon as the machine runs, Jang Nara immediately immersed in the character. She focused on the role, not distracted by anything else. But when the scene ended, she’ll get rid of those feelings right away.”

Although careful, she is still bothered by dating rumors from time to time. In 2017, it was reported that Jang Nara married her co-star Park Bo Gum after collaborating in the movie Hello monster (I Remember You) became a “hot” topic on social networks. Some people commented that she was old, and it was natural to be impatient to get married. Above Instagram, Jang Nara was annoyed by the malicious comments, “I have worked hard to become an actor recognized for my ability. Why should I make harsh comments about me just because of a false rumor?”.

Although decisive in her work, her colleagues commented that she was sensitive and easily shy. She admits this and looks forward to meeting strong, reliable people to rely on. In the show Problematic Child in House KBS2 aired in April, the actress said that every time she goes shopping, she hesitates for a long time and then leaves empty-handed because of her calculation or hesitation.

Jang Nara was born in 1981, joined the entertainment industry in 2000 as a singer under SM, then entered the acting industry. She scored through many works such as Smart girl, Stubborn princess, Clown love story… In recent years, she has maintained her charm through movies Queen’s Dignity, VIP Guest, Exorcism Estate…