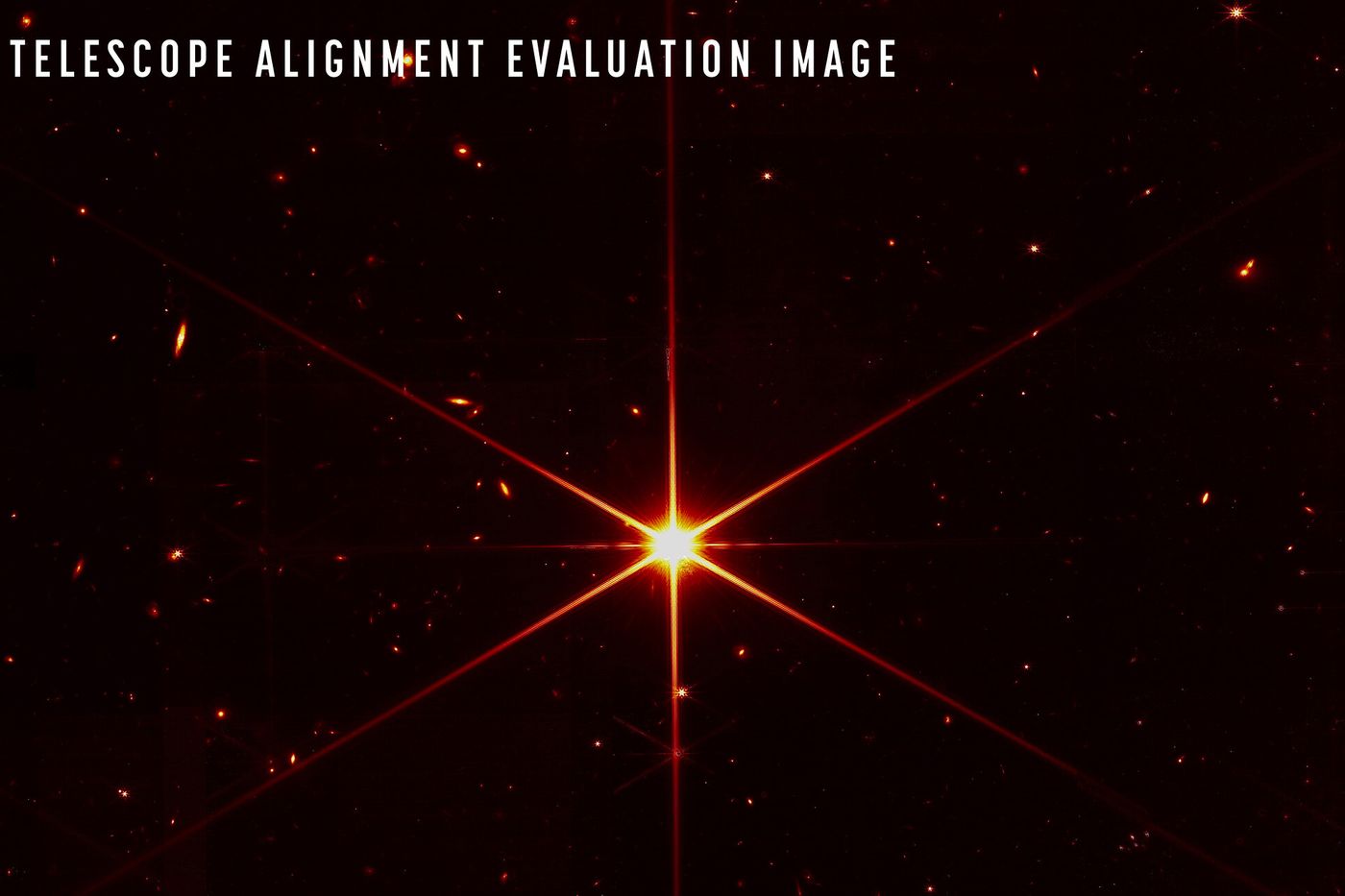 The image is unmistakably a bright yellow star, with eight orange-red branches shooting out into the dark of space. From its small name, here is the star “2MASS J17554042 + 6551277”, with colors retouched under a red filter to improve contrast. In the background, other stars and entire galaxies can be seen. The snapshot was taken by the James Webb Space Telescope on Friday March 11, its very first photo after the main mirror, which collects light, was brought into focus.

→ LARGE FORMAT. James Webb Telescope: in search of the origins of the universe

In mid-February, NASA had already unveiled a first photo taken by the telescope, which orbits 1.5 million kilometers from Earth. But this picture then showed 18 distinct and slightly blurred points of the same star, one for each of the segments of the beryllium mirror. After weeks of painstaking effort, the segments have been aligned and are now working together.

Observing the Universe in infrared

The sharpness is now exceptional. Scott Acton, scientist at Ball Aerospace, the company that designed the mirror, applauds: “We have the best existing resolution for an infrared image taken from space! »

Look how far we’ve come: We started with 18 scattered dots — 18 reflections of the same star, one from each of Webb’s primary mirror segments. These dots were then re-arranged, stacked, and fine-tuned, setting the stage for our first science images this summer! #UnfoldTheUniversepic.twitter.com/N1KvmdoH7r

Like the European Herschel telescope, which was definitively shut down in 2013, James Webb observes the Universe in the infrared spectrum. This allows him to “go back in time” to study the first galaxies and the first stars, a few hundred million years after the big bang.

But where Herschel’s mirror was only 3.5 meters in diameter, James Webb’s is 6.5 meters. NASA therefore expects spectacular pictures of the Universe, with the first scientific images scheduled for late June-early July.

In the meantime, the teams are continuing with the final optical adjustments, before tackling the preparation of the instruments. The James Webb Telescope comprises four instruments, two of which are the result of European cooperation. After more than ten years of delay, researchers have high hopes for this telescope to shed new light on the processes of formation and evolution of galaxies and stars.