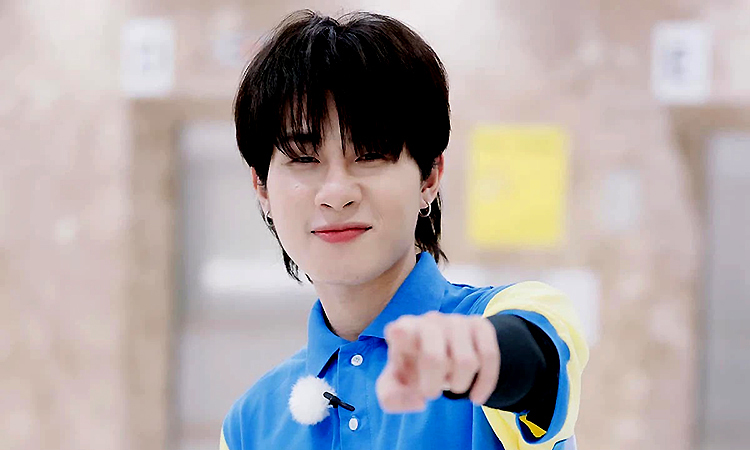 Singer Jack appeared in the first episode of “Running Man” Vietnam season two after having a baby with a co-star.

In episode one – broadcast on the evening of September 19, he appeared in the contest to rescue new members, along with artists Truong Giang, Truong The Vinh, Lan Ngoc… Initially, the singer hid his face in a closed room. After Lien Binh Phat finished the challenge of sticking the logo on the foam board, Jack showed up and completed the exam. Seven artists continue to participate in the challenge to rescue the eighth member – actress Thuy Ngan.

Before the show aired, a part of the audience thought that the organizers should remove Jack from the contest because of the scandal. On fanpage Running Man Vietnam, some people said after being noisy about his private life, the male singer should not participate in a program with the main audience being young people. Mr. Trieu The Hiep – the producer’s representative – said that the program received comments from the audience.

In August, a girl posted on Facebook, accusing Jack of being promiscuous, having a baby with hot girl Thien An – Jack’s co-star in the MV. Pink face. A day later, Thien An confirmed that she knew Jack from two years ago, supported by her family to love him. On his personal page, Thien An said Jack knew some other girlfriends during her pregnancy. Every month, Jack’s mother asks someone to send Thien An 5 million dong to raise her child.

On the evening of August 10, Jack wrote a letter on his personal page, admitting to know Thien An in 2019, the occasion of filming the MV while he was still working with K-ICM. After that, Jack met Thien An again and fell in love. The two had children together but broke up after Thien An gave birth to a baby in April, due to disagreements. The singer said, “Despite the breakup, Jack still wishes to have the opportunity to continue to perform his duties and responsibilities as a father more fully within his ability until his son is an adult.” He affirmed that he did not “catch two hands” during the time he loved her.

Jack’s real name is Trinh Tran Phuong Tuan, born in 1997, is a potential singer of the music industry. He started his singing career with the group G5R. Then, he collaborated with producer K-ICM (real name Nguyen Bao Khanh). In 2019, the duo’s series of songs like: Fate, Waves of wind, What are you…creating a buzz, each MV has reached over 200 million views. At the end of 2019, the two stopped collaborating. In November 2020, he won the “Best Southeast Asian Artist” award at the MTV EMA.

Running Man of the station SBS, Korea is a popular reality show with more than 400 episodes aired since 2010. The show has won 42 awards at the station’s annual variety show awards. In 2019, Running Man Produced in Vietnam under the name Run and wait, attracted a lot of attention, with artists Ninh Duong Lan Ngoc, Ngo Kien Huy, Jun Pham, Tran Thanh, BB Tran… After a year of hiatus, the show was acquired by another unit, performing the season. next.