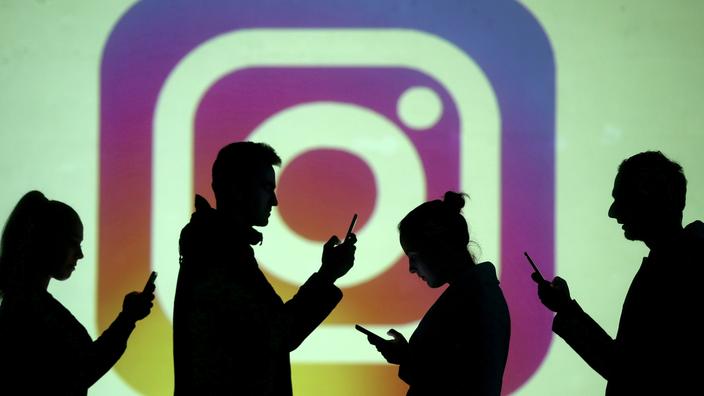 The application, supported by Brigitte Macron, mobilizes a dozen influencers and supports the prevention actions of associations in colleges.

For Adam Mosseri, the boss of Instagram, cyberstalking is a “priority topic“. This is why the French subsidiary of one of the most popular social networks for adolescents is launching an information and awareness campaign on this issue. The latter will take two forms.

Instagram goes “to accompany»The Génération Numérique and e-Enfance associations to organize prevention sessions in 300 secondary schools during the school year. Children and parents alike will be concerned in order to be sensitive to the issue of cyberstalking, to learn to protect themselves from it and to know how to help victims.

“We won’t be there to promote Instagram. We will talk about all platforms», Explains the general delegate of Génération Numérique Cyril Di Palma. The teaching material used by the association has been verified by the Ministry of National Education. “This campaign is one of the resources available to schools»As part of the national anti-harassment program. “Prevention sessions can be organized by teachers, or by us, associations», Continues Cyril Di Palma.

Influencers involved in the campaign

At the same time, a dozen French influencers will multiply the videos to encourage their community to take action against cyberbullying, but also to discover the options put in place by Instagram to limit unwanted messages. Among these, the automatic filtering of private messages written by strangers and which contain prohibited keywords. This option, to be activated in the application settings, is currently being tested in France.

“People aren’t aware of Instagram’s anti-harassment tools”, Explained the influencer Just Riadh during a round table. Brigitte Macron, who supports the Instagram initiative, praised the involvement of these web celebrities “who know how to talk to young people.“The first lady recalled that the issue of cyberstalking was of a”hot news»In France with the viral campaign # Anti2010, which encourages people to attack young students who have just entered 6th grade. The phenomenon alerted the Ministry of National Education, which asked social networks to intervene as quickly as possible.

Support with reservations from Brigitte Macron

Brigitte Macron praised the various actions of Instagram in the fight against cyberstalking and the speed of the platform to delete “fisha” accounts, which distribute intimate photos and videos of young girls without their consent in order to “display“. But the first lady also expressed reservations. “The major problem remains: that of danger [d’Instagram] for youth mental health. There are damning reports and others that are nuanced. It is a difficult problem to grasp.“

Brigitte Macron refers to a survey published last week in the Wall Street Journal, which explains that Instagram has conducted research to measure the impact of her service on adolescent mental health. It emerged that Instagram worsens the discomfort of a third of young girls suffering from physical complexes, and that 13% of British suicidal adolescents believe that the social network is at the origin of their desire to die. These reports had never left the premises of the Facebook group.

“Yes, we are doing proactive research to reduce what we call negative social comparisonAdam Mosseri explained during the roundtable. “We don’t want people to feel bad and this is a problem we want to solve. But the answer to be provided is not that simple.“For the head of Instagram,”social networks have positive or negative effects depending on the person, and also on the same person (…) I am proud that we have carried out this research, I believe that we are the only ones to have done it.“

The investigation of Wall Street Journal prompted the opening of a parliamentary inquiry in the United States, and this while Instagram is working on a children’s version of its application, which is supposed to be banned for children under 13. This project, unveiled by the press, sparked an outcry in America. “Creating an Instagram for children, where parents can supervise and control what happens there, seems safer to me than seeing children sign up on Instagram lying about their age.», Argues Adam Mosseri. “We know this project is being watched closely. But we think it’s the right thing to do.“